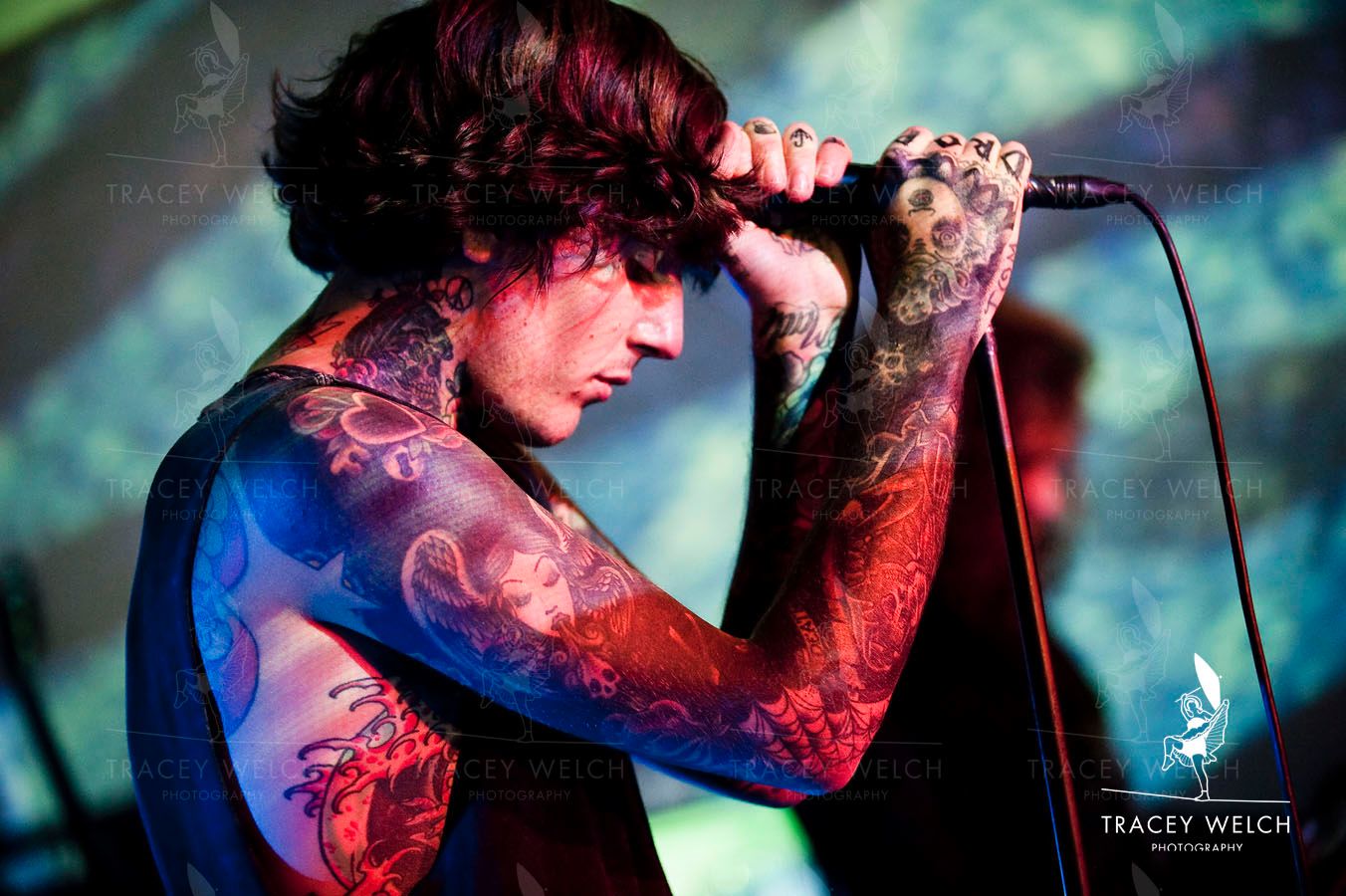 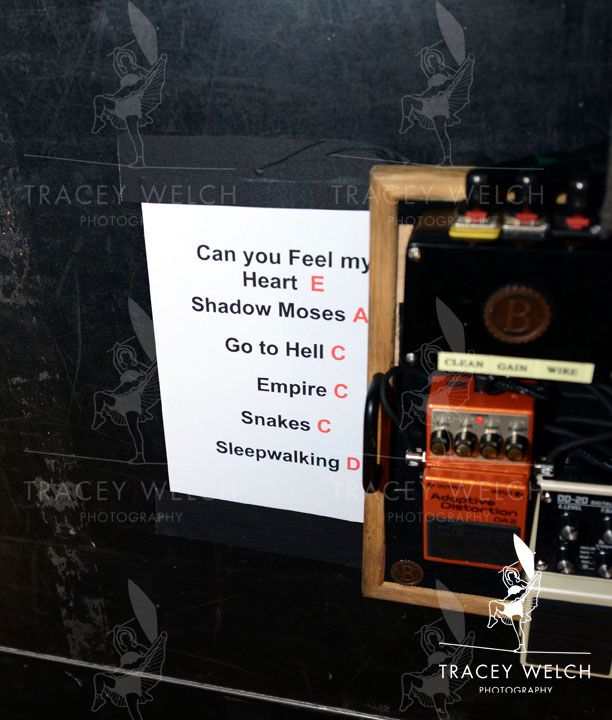 It’s not often you find me banging on a church door trying to get in but on Tuesday night there I was outside St Mary’s, Sheffield, waiting for divine intervention to grant me entry to an exclusive Bring Me the Horizon gig. In the end the powers that be turned out to be the saintly tour manager and I took my place in the hallowed hall, which fortunately has long since dispensed with pews.

Just 200, hardcore fans were allowed to join the party. Most had won their golden tickets via Facebook and the remainder who spotted the “secret gig” onTwitter queued up for one of the final slots.  The set list was just six songs – note the odd biblical reference in there – and the whole thing lasted 30 minutes, just long enough for digital channel Vevo to get what they needed for the latest Bring me the Horizon video. 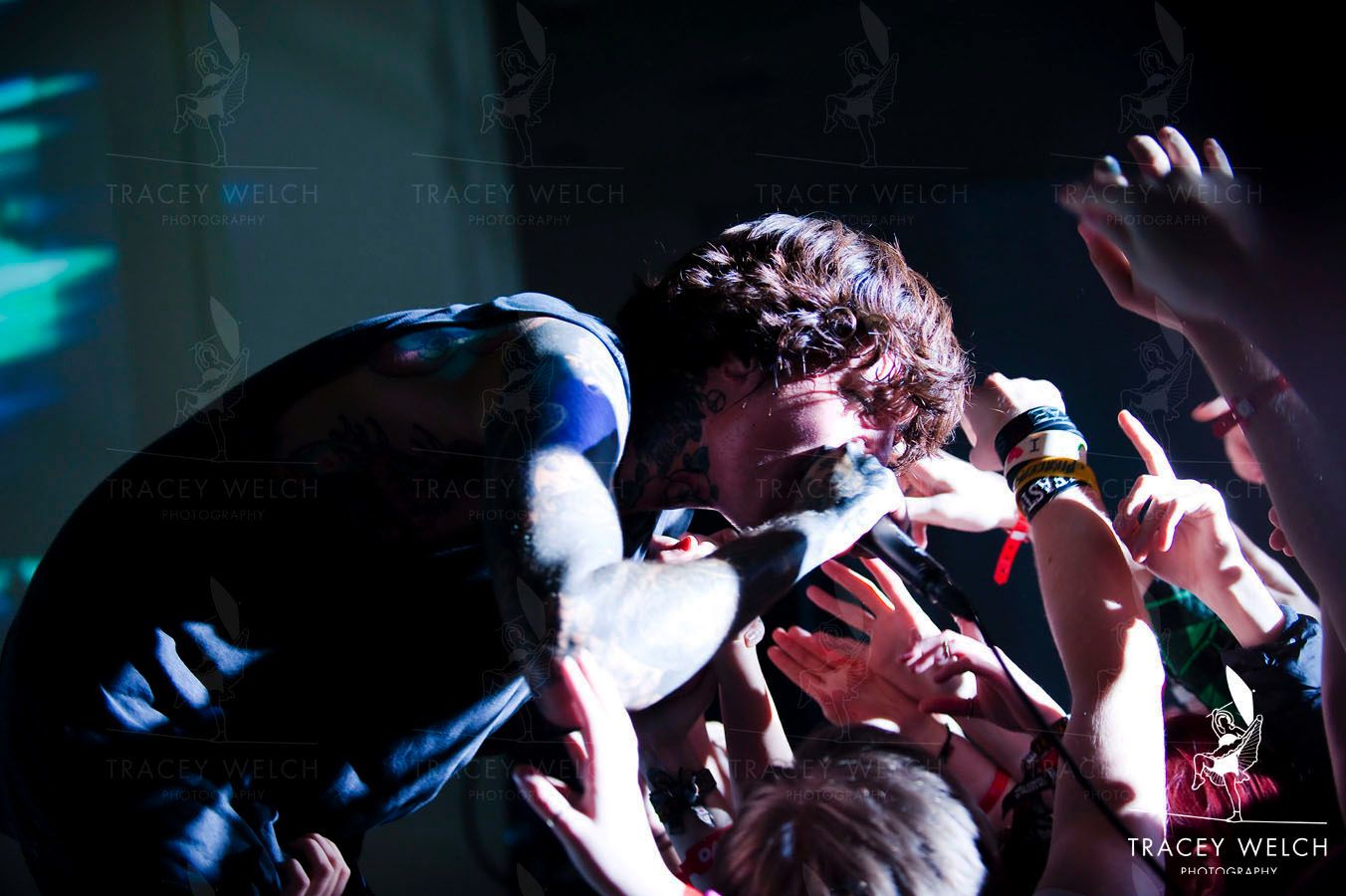 It wasn’t an easy job but the light had to be limited to get the projections to work and the whole thing looked and sounded really amazing.  The verdict on my first rock gig in church – slightly surreal but incredibly atmospheric.  Thanks for getting me in guys – can’t wait to see the vid! 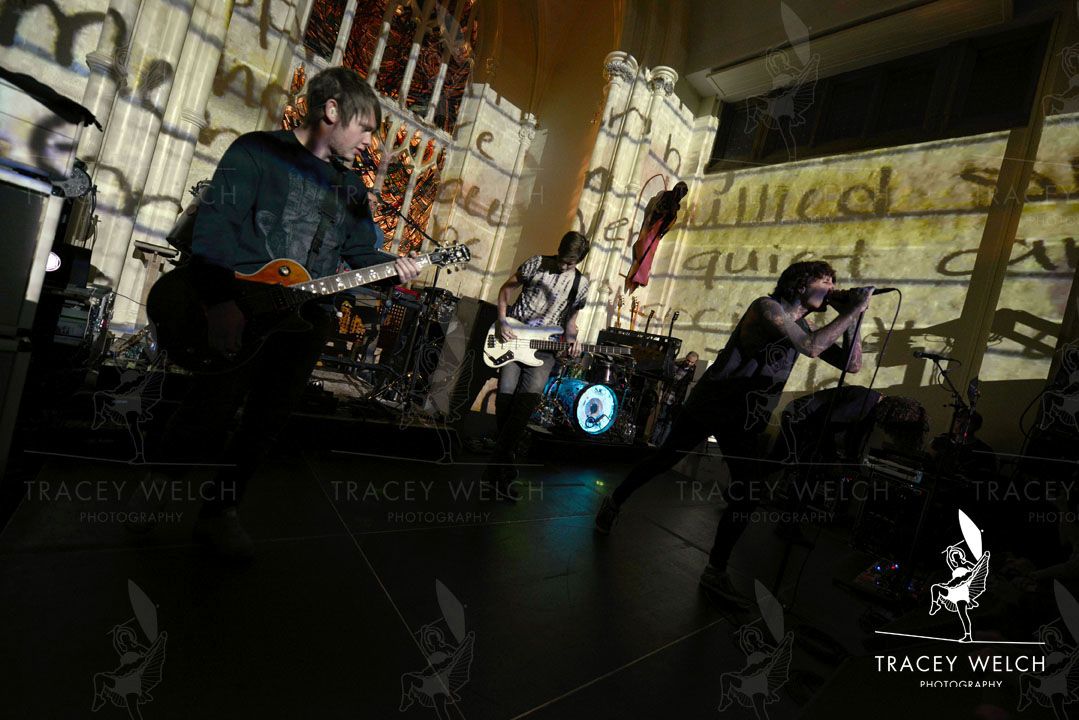 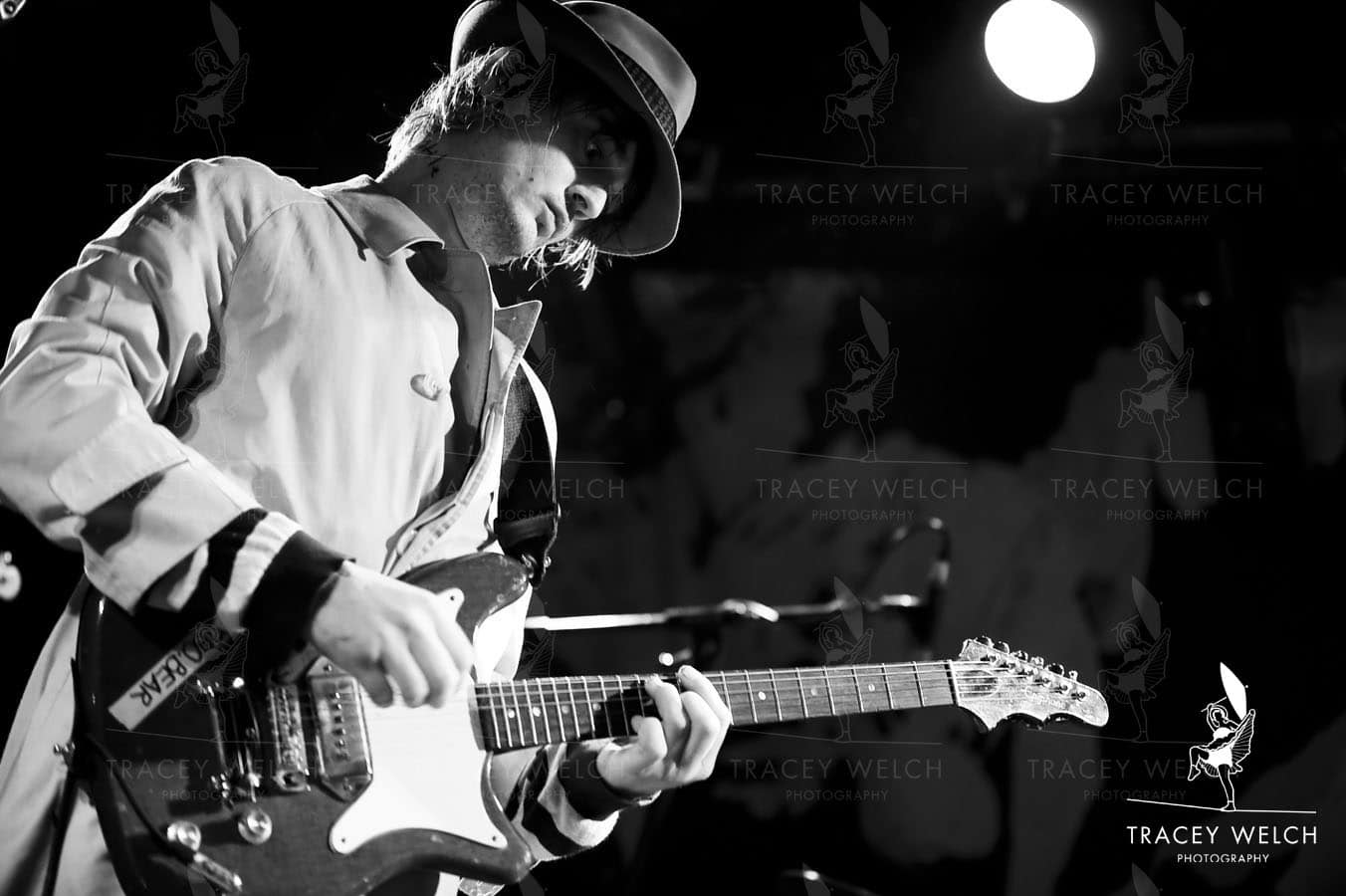 This week we’re in Sheffield for Babyshambles and even before they arrived (they are notorious for their lateness) things were kicking off down the Leadmill.  Next to the pit a row of girls lined the front barrier and I’m not sure if there was some issue over territory or there was something more personal going on  but pretty soon there was a huge scrap in full swing with proper punches and lots of hair pulling.  It’s daft I know but I’m always a bit taken aback by girl-fights.  Anyhow the bouncers waded in and duly evicted the two main culprits before there was actual murder on the dance floor. Fortunately in the pit things were a lot more civilized and we settled down for a nice, convivial evening. 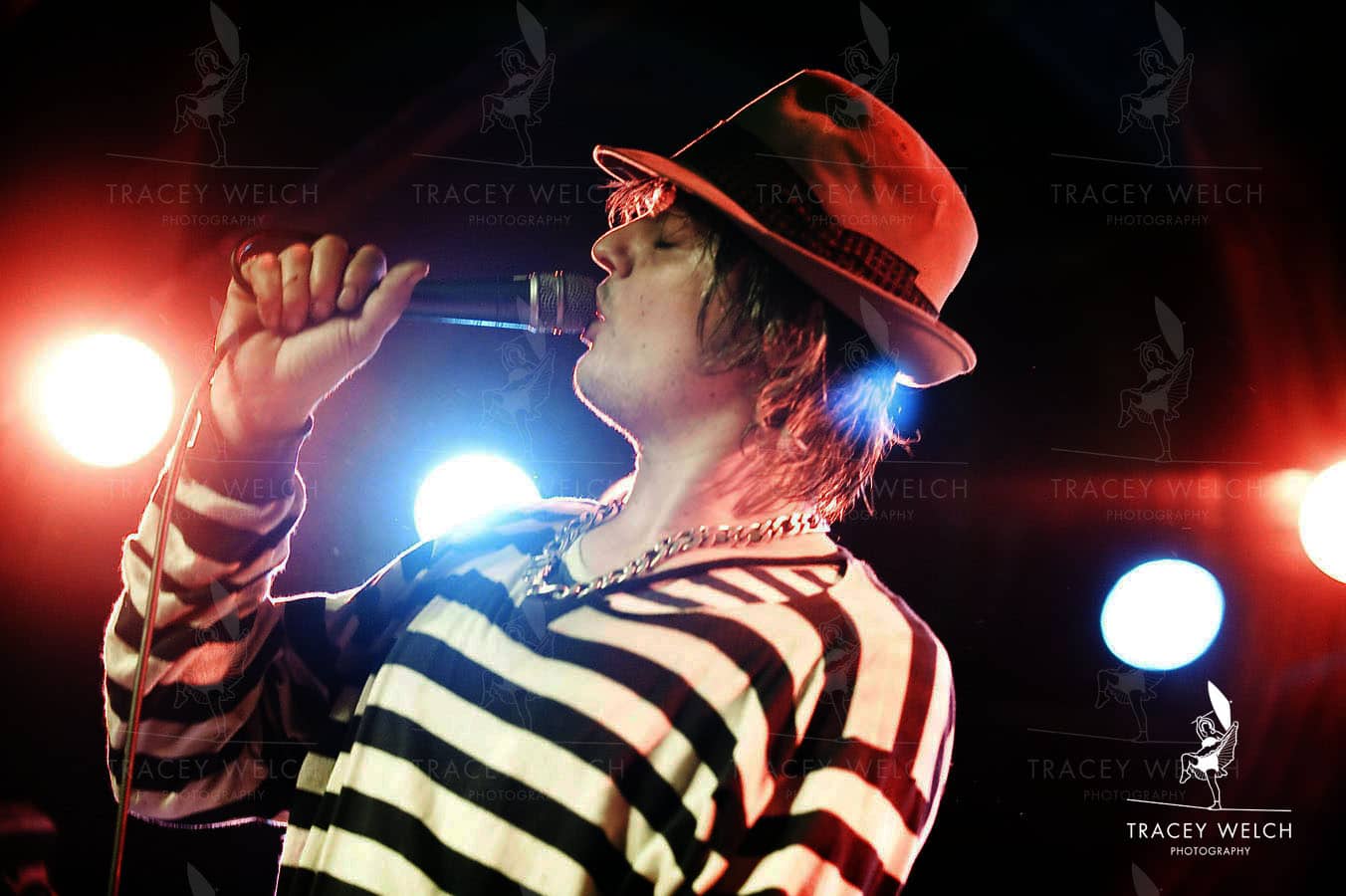 The band showed up, only half an hour late, and needless to say they got a brilliant reception from the packed house. The Leadmill’s a good venue for Babyshambles, warm, intimate and you can get nice and close to Pete Docherty as he sways in your direction.  On the positive side he does tend to stand on the one spot which is good but on the other he is a bit all over the place..on the spot..which is not so good.  I’m guessing he’d had a few pre-gig beers but who knows, could be a problem with his inner-ear.  Either way getting the shots was a wee bit tricky and the red lighting didn’t help much.  Nice mac and trilby though Pete – stylish and strategic when the beer is raining down. 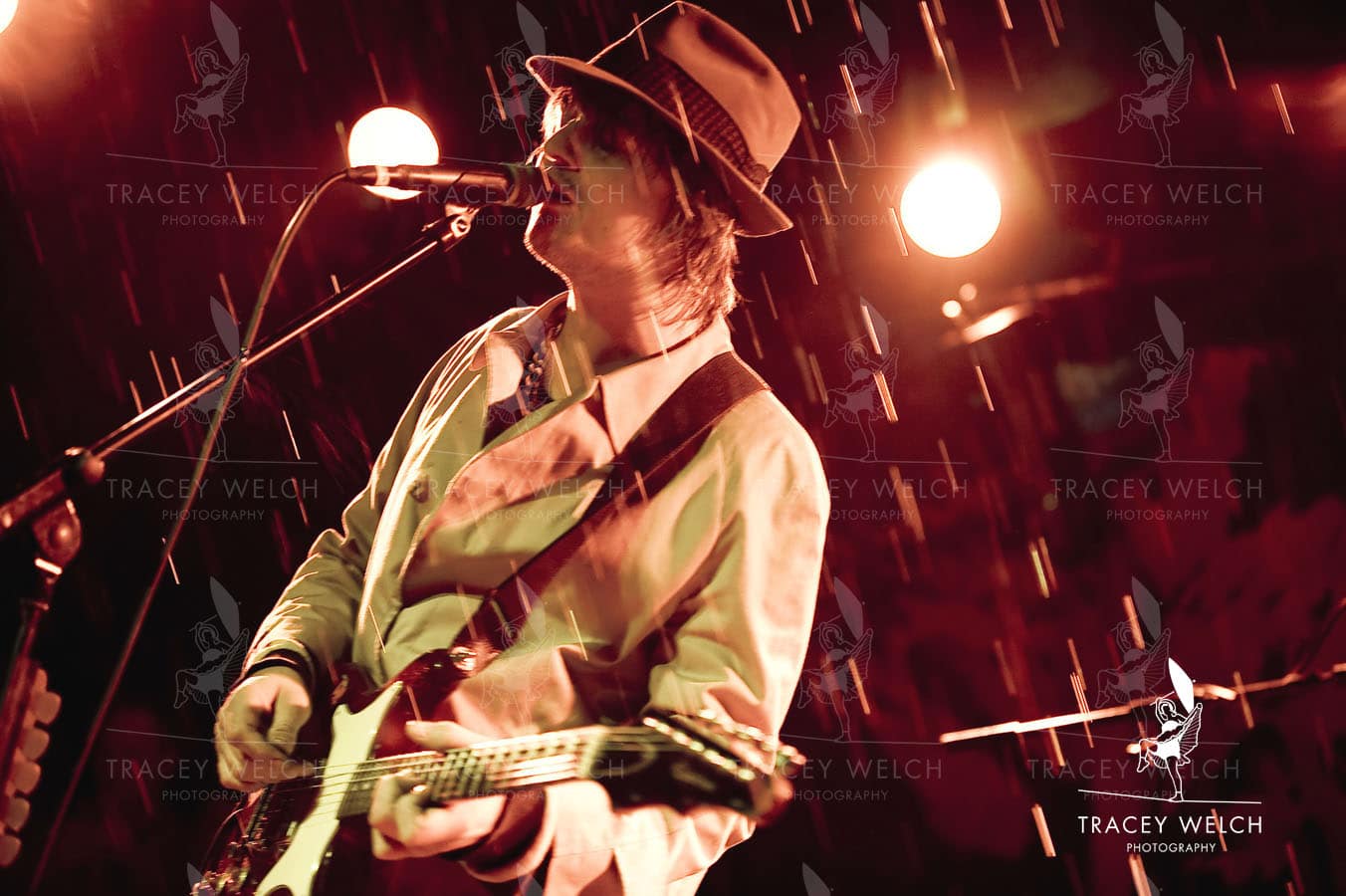 While I may not have recognized any of the three songs I got to hear they were certainly entertaining and dare I say, catchy.  So…overall, worth the trip over but I then made a swift exit avoiding any altercations with angry young women on the way out.  I like my hair. 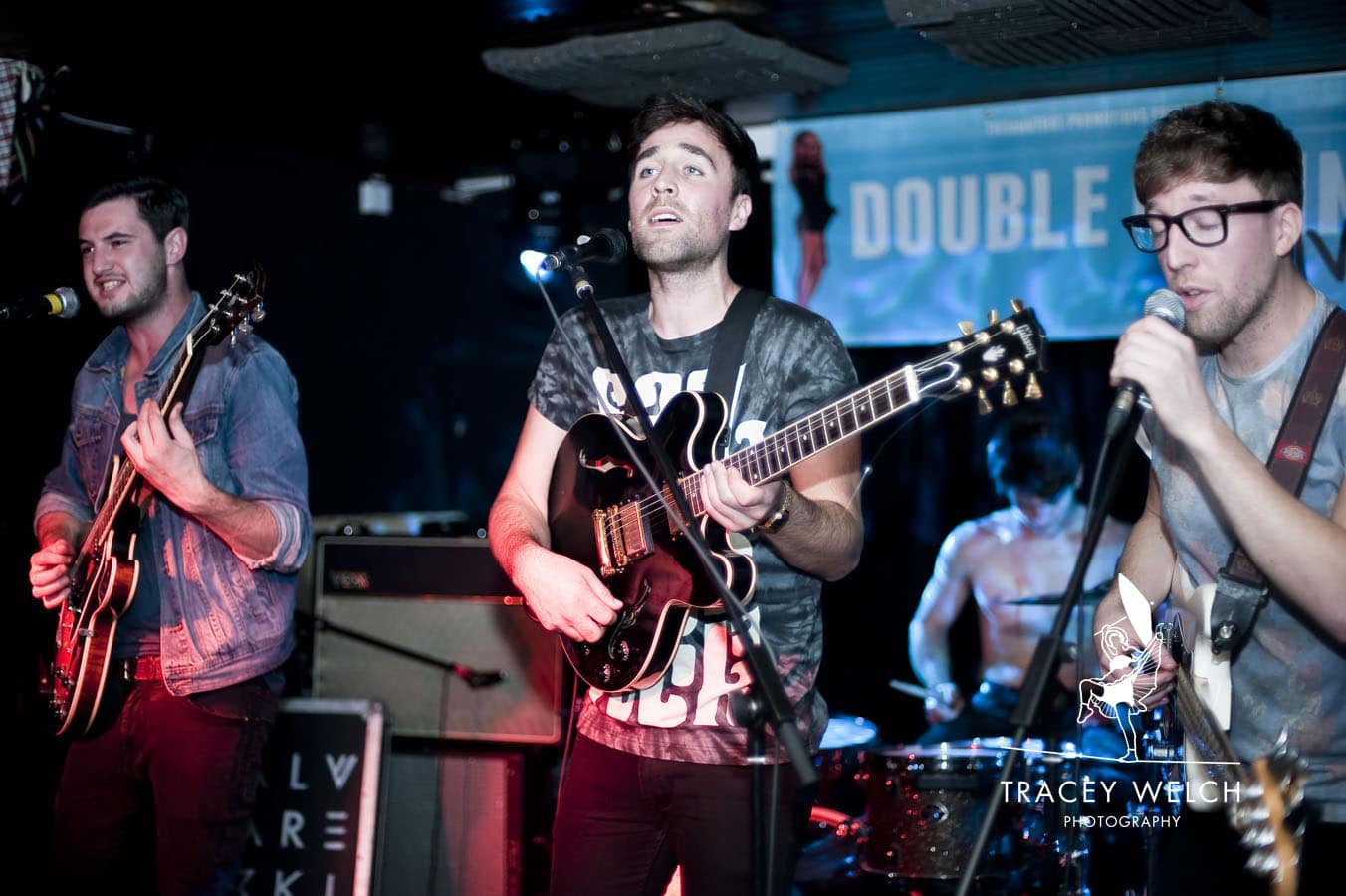 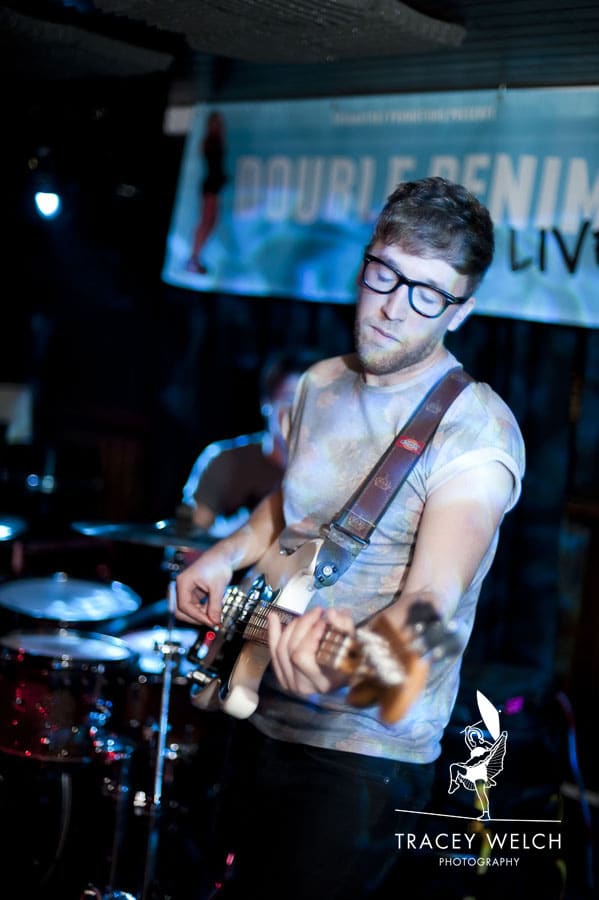 Over the years I’ve got to know Sheffield indie rockers Alvarez Kings pretty well but since I moved to Leeds I’ve been pretty busy and, perhaps more significantly, they’ve been touring here, there and everywhere in their quest for world domination.  OK maybe not world domination but at least making a dent in a decent part of it.  They’re currently in the midst of the Vans Warped Tour which has taken them all over the US and now the UK so when I heard they were making a pit stop in Leeds I thought I’d best make time to see them, especially as the venue they were playing in is called Carpe Diem.

Come Saturday night a decent crowd of followers had found their way down into the cellar bar and on the face of it the band haven’t changed much in the way they perform. Still loads of energy and enthusiasm, great sound but keeping things interesting with the addition of backing tracks to a couple of the newer songs. 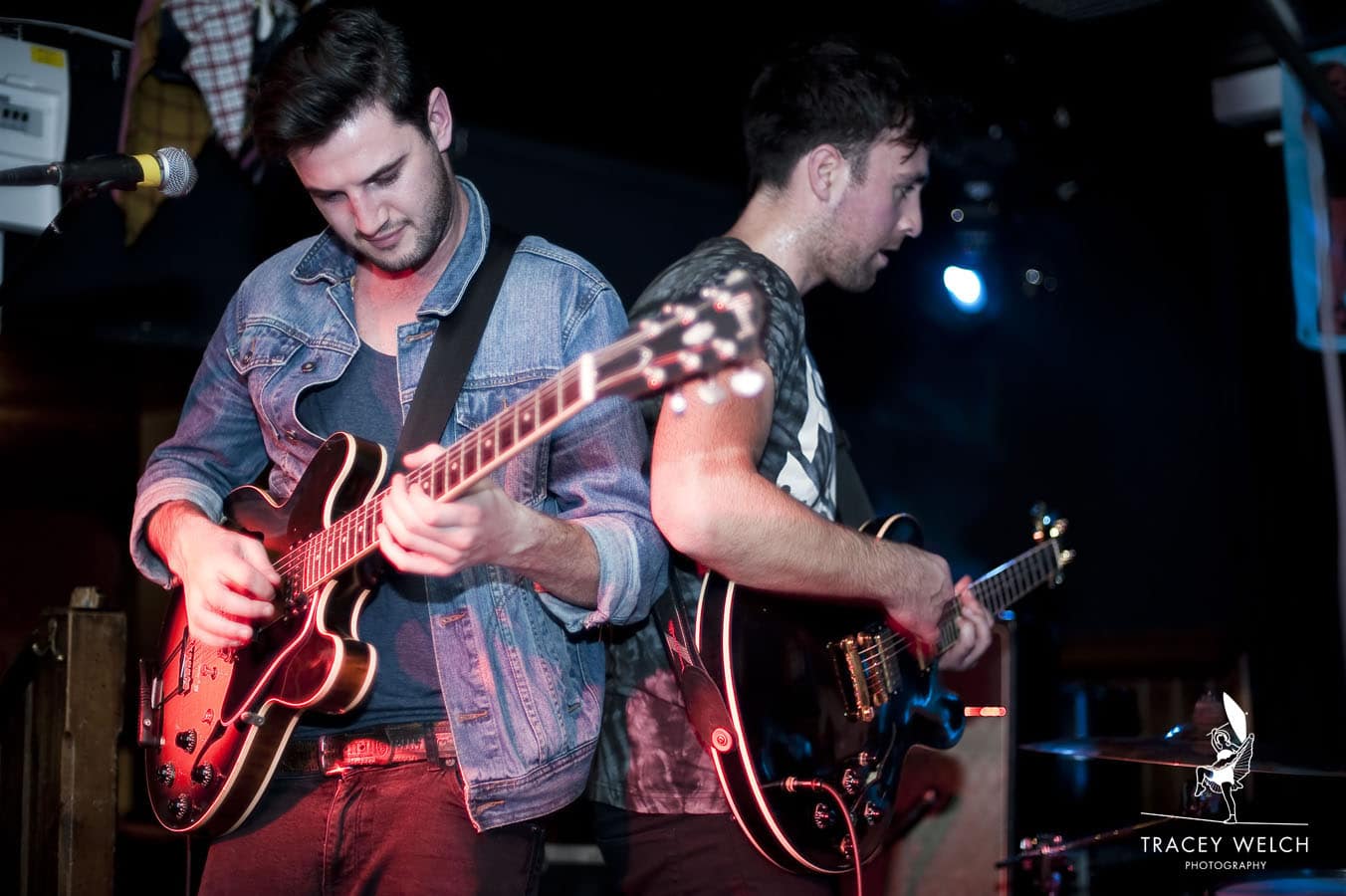 I hopped onto the side of the stage to get in there with the action – when they’re all drumming its great to see – but got a bit more action than I bargained for. Paul does have a habit of swinging around  and as I looked up from the camera my face found out what slap bass actually feels like.  I thought it was hilarious but Paul was mortified and hugely apologetic.  Such are the risks of being a stage invader. 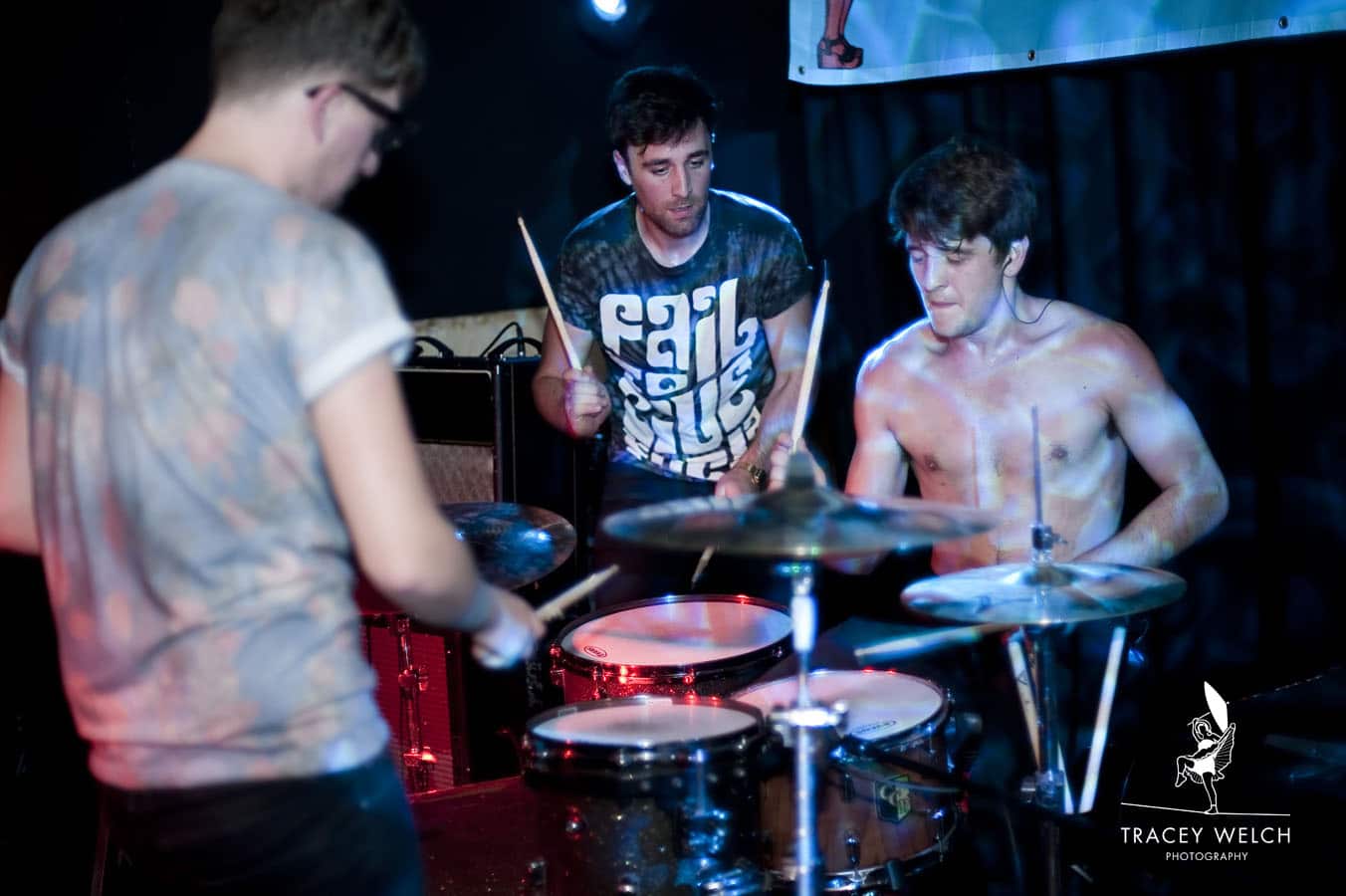 It was great to have a proper catch-up in the pub and needless to say I stayed for the whole gig. With our Facebook connections sorted they were on their way again.  Next stop London and the ever so slightly grander Ally Pally.  Here’s hoping they get a warm welcome. Carpe Diem London!! 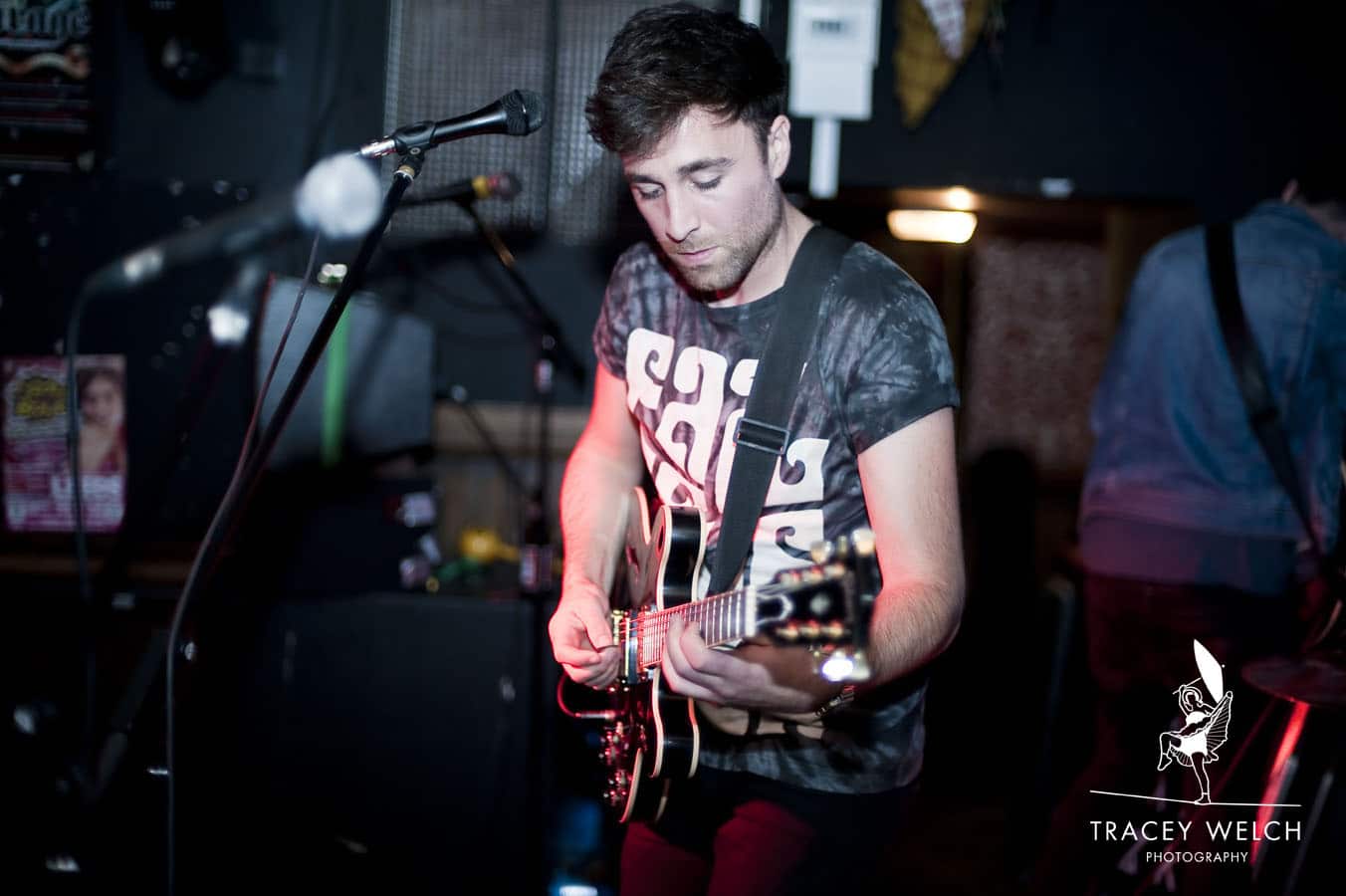 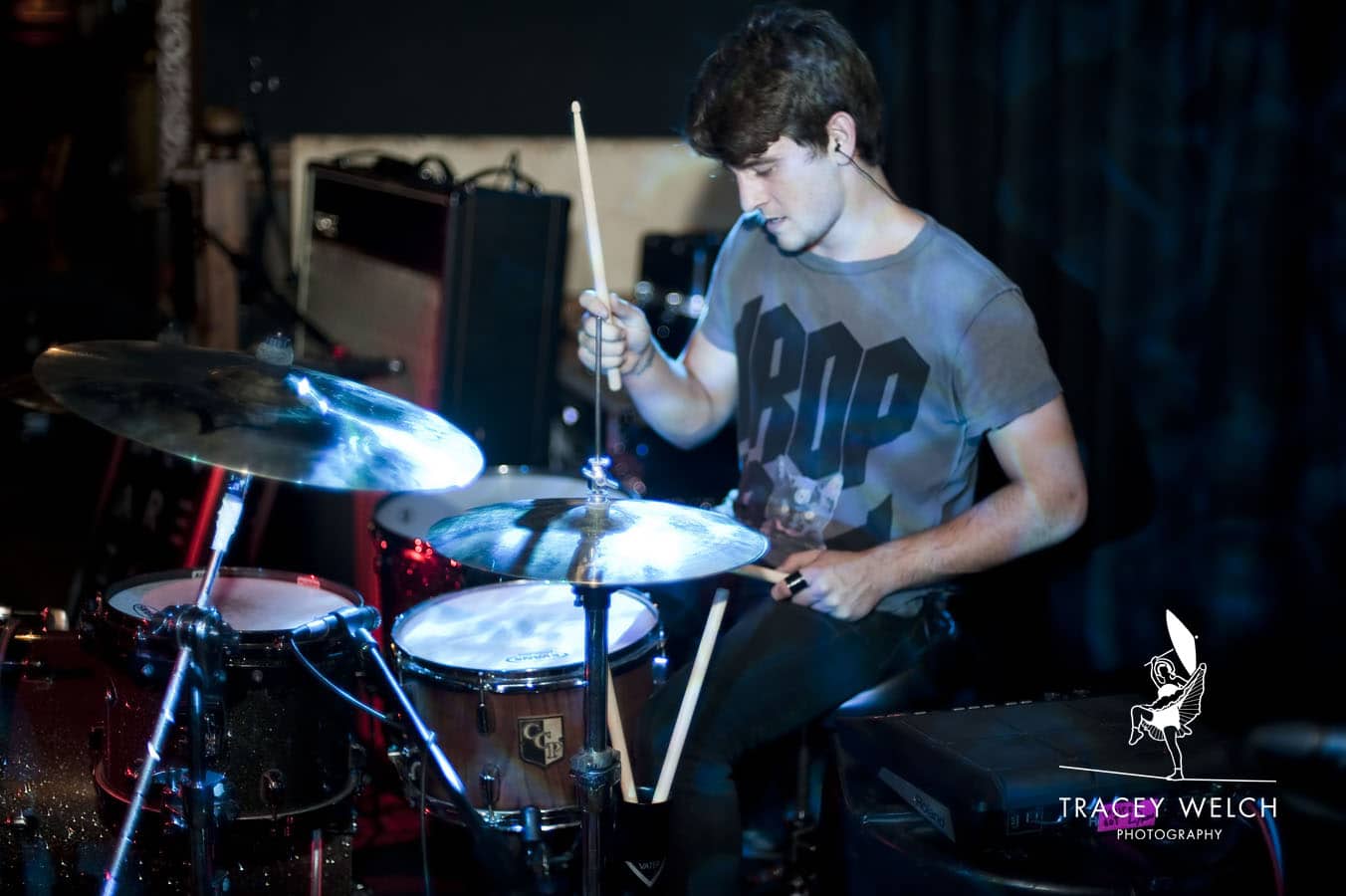