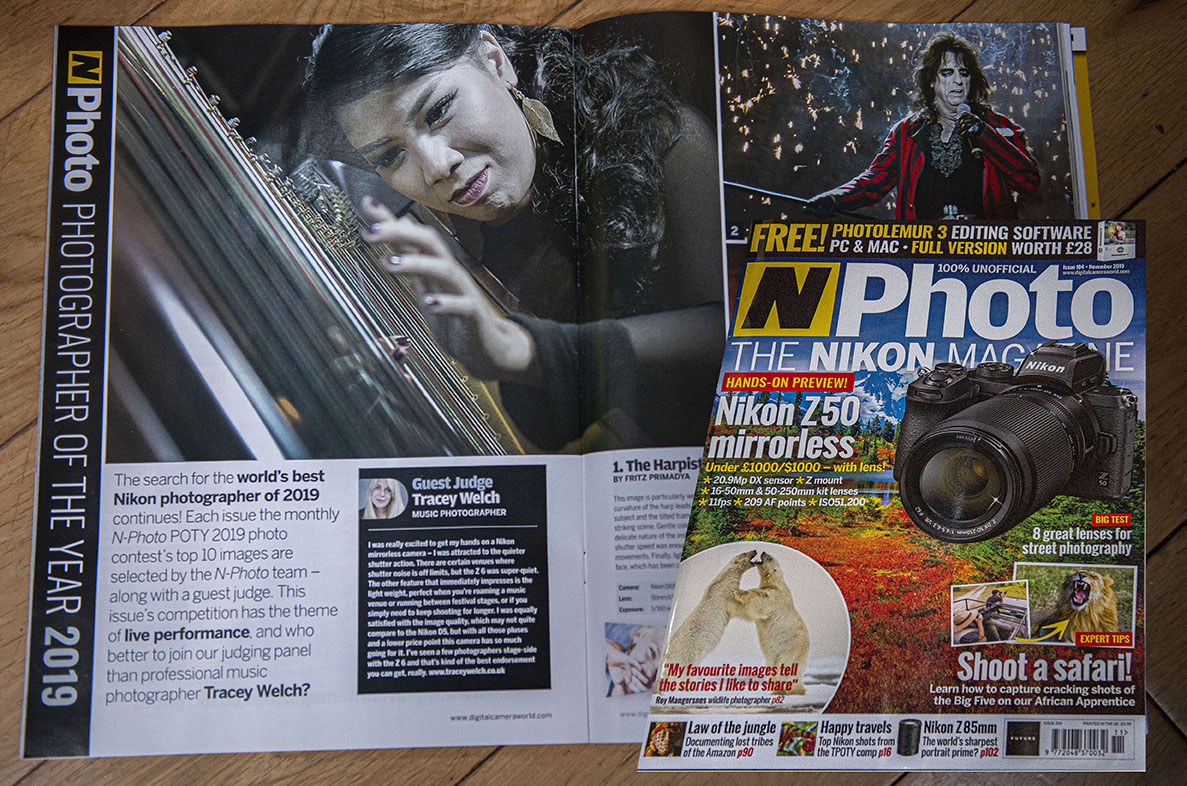 Pick up your copy of the latest N Photo and you’ll find me in there as a guest judge for the magazine’s Photographer of the Year competition. This month it’s the live performance category and the top 10 images submitted are all featured. The prize is a mirrorless Nikon Z6, perfect for capturing live action. Having tested the camera on a BBC shoot and on the Snow Patrol tour earlier this year, I was more than happy to offer my personal endorsement. Here it is, along with one or two of my pictures from Snow Patrol at Leeds Arena to illustrate just what the Z6 can do. Thanks to Adam Waring at N Photo for the Guest Judge spot and to Nikon for continuing to develop and deliver amazing cameras that keep pushing the boundaries of what we can do. 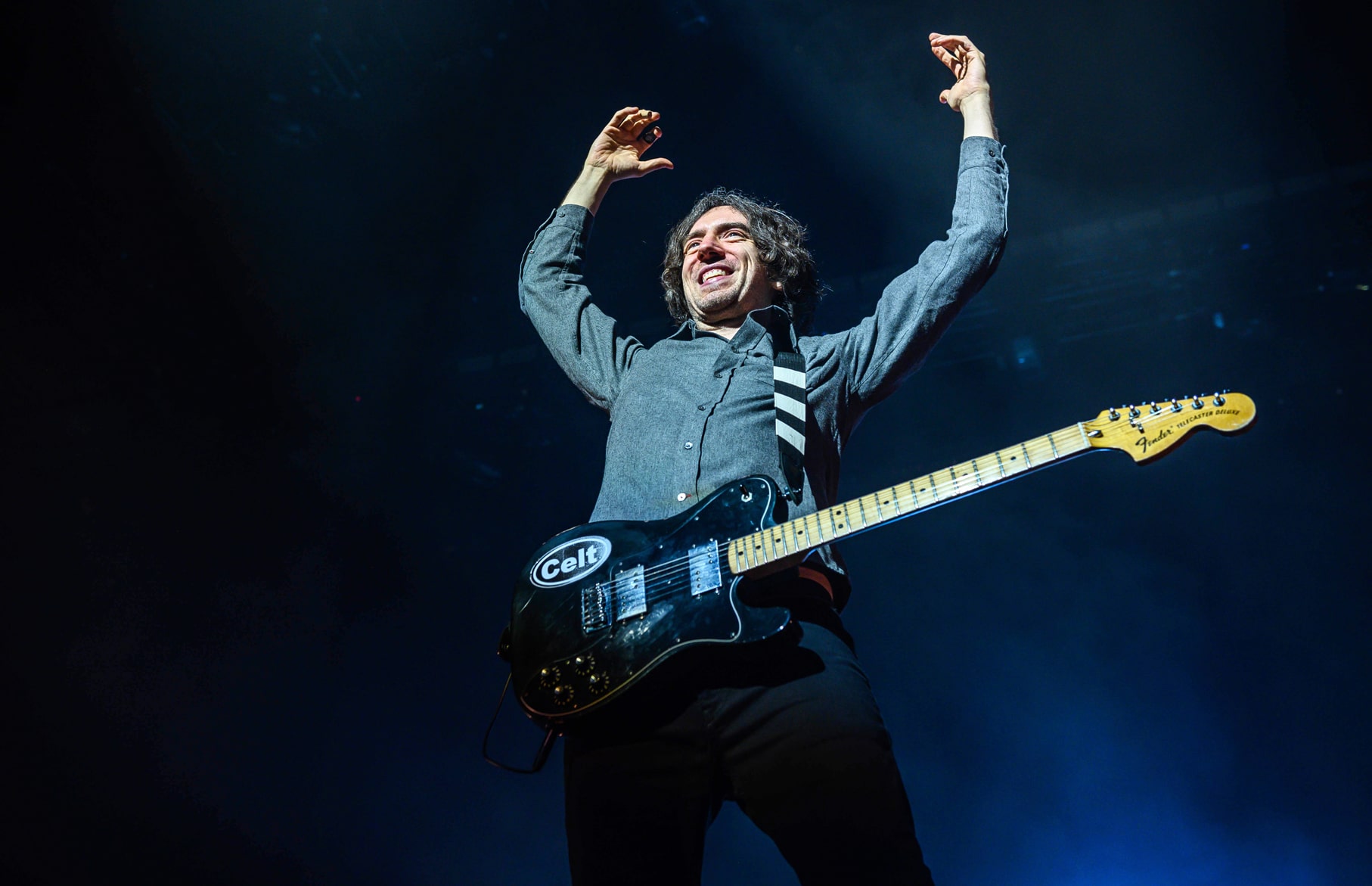 “I was really excited to get my hands on a Nikon mirrorless camera.Initially I was attracted to the quieter shutter action for live music and broadcast shoots and that is certainly a brilliant feature. There are certain venues where shutter noise is completely off limits but the Z6 I trialled really was super quiet. The other feature which immediately impresses is the light weight, perfect when you’re roaming a music venue or running between festival stages, or if you simply need to keep shooting for longer. I was equally impressed with the image quality which may not quite compare to the D5 but with all those pluses and a lower price point this camera has got so much going for it. I’ve seen a few photographers stage-side with the Z6 and that’s kind of the best endorsement you can get.” 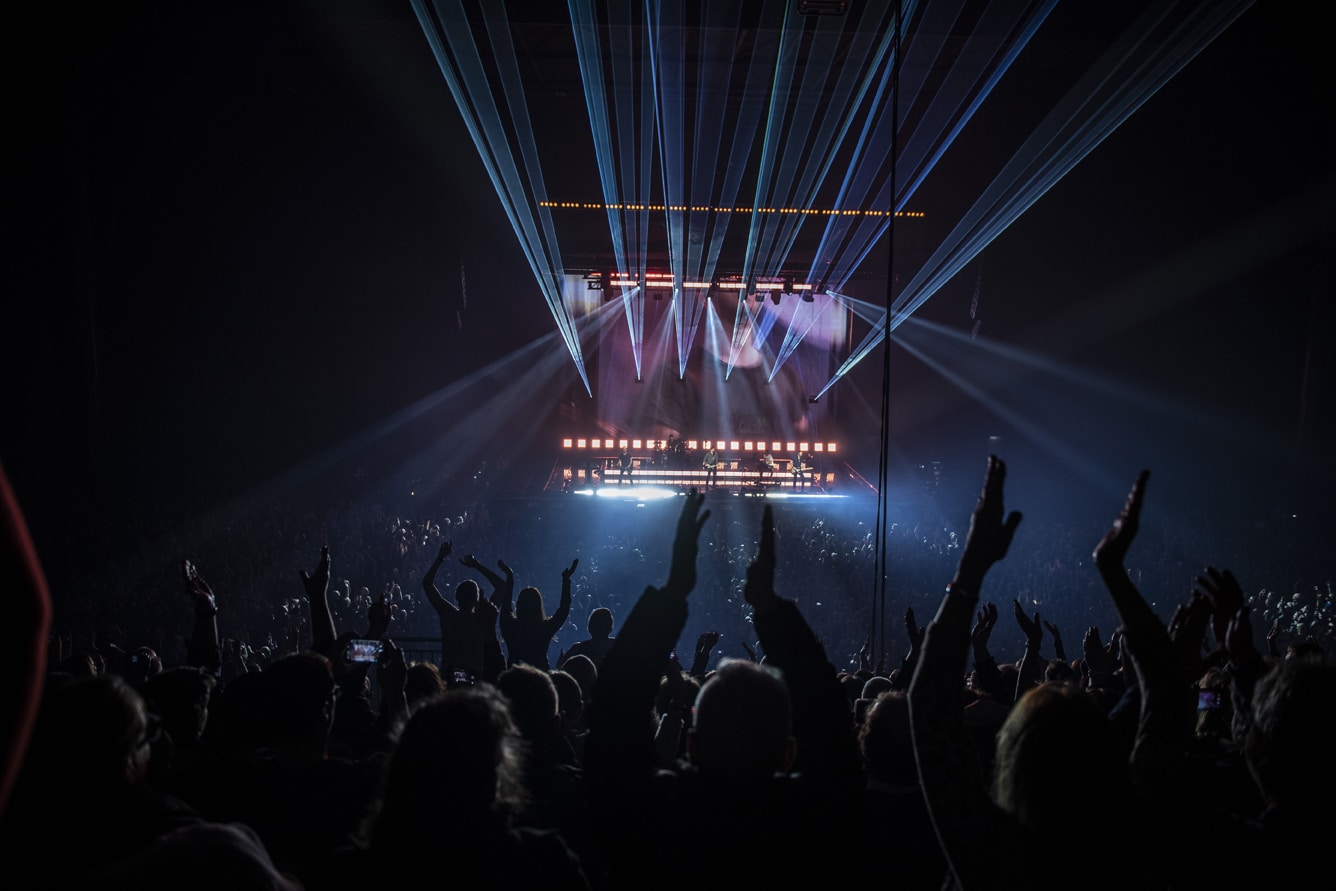 He may be in his 70s but on a fairly dismal Monday night Alice Cooper still managed to drag fans off their sofas to pack out Leeds Arena. Having said that, they did have to wait a bit longer for him to come on. Perhaps the stamina doesn’t quite run to a 90 minute set these days. But who cares?! We got a bonus second support and a bonus fourth song in the pit and let me tell you, I was singing along to all four of them. As it says on his website – “Ol Black Eyes is Back!” With a great show, all the hits and all the poses. We could have used flash but didn’t need it as the lighting was just as brilliant as the rest of the staging. 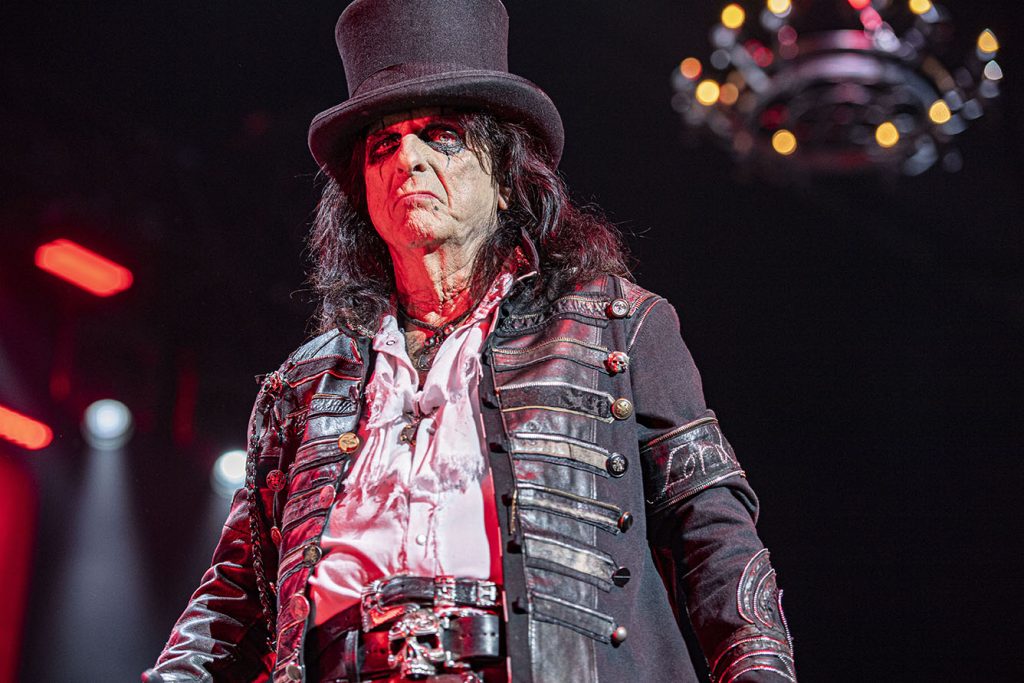 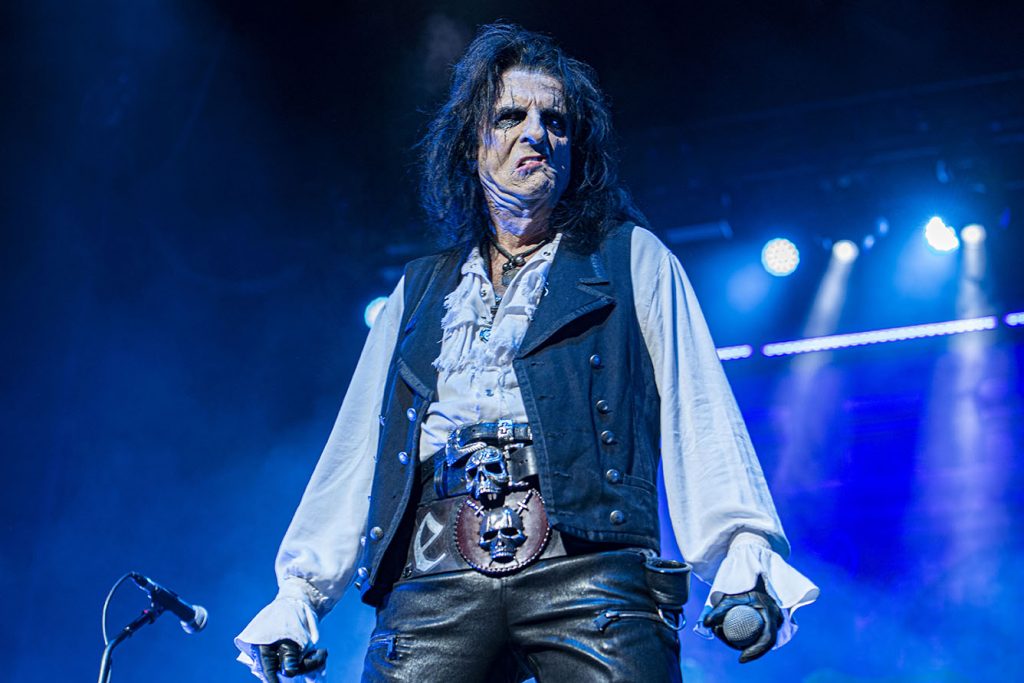 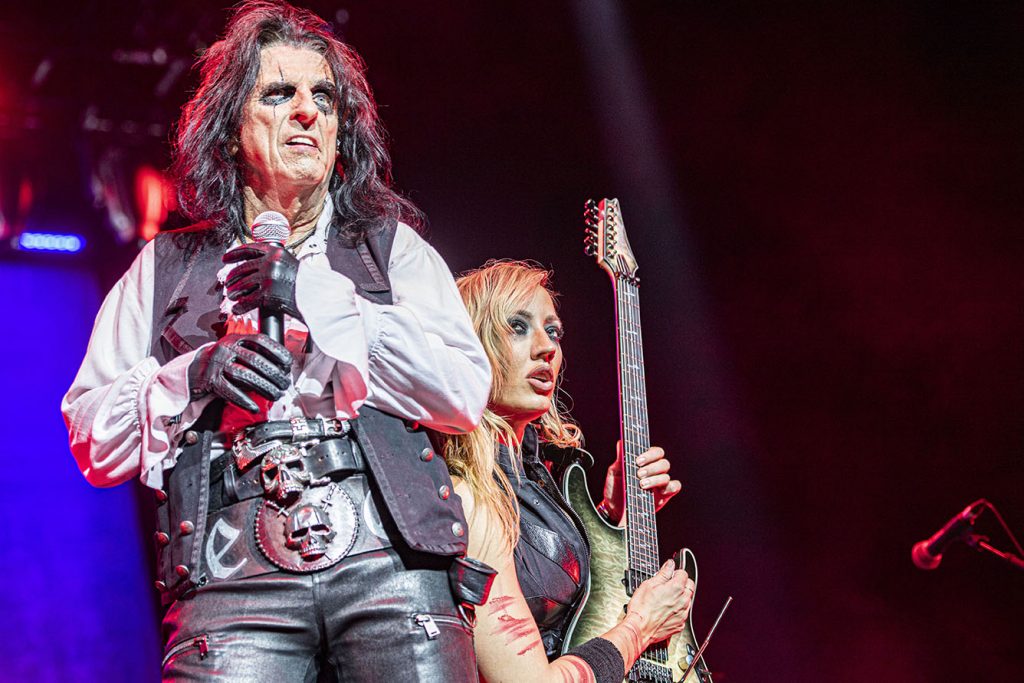 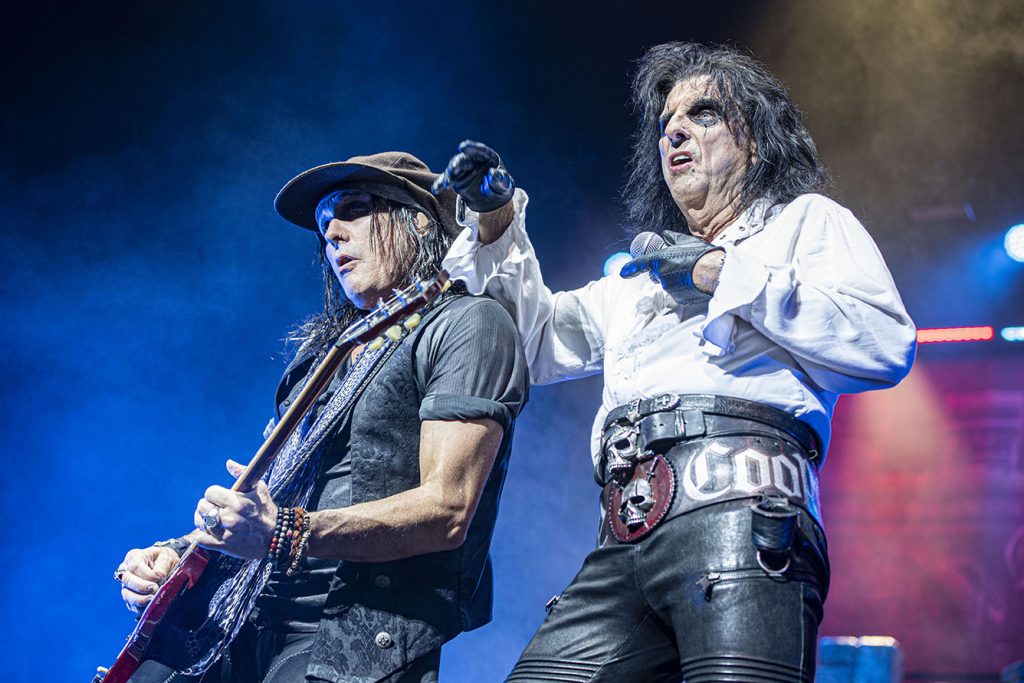 I don’t often photograph the support, but hey, the Stranglers aren’t just any support. They also delivered a great set complete with plenty of back and forth banter. Bass player Jean-Jacques “JJ” Burnel had to deal with technical issues and a few instrument changes but that’s the beauty of a band that has been around for several decades. Nothing phases them and it all becomes part of the experience. The audience were just happy to be there sharing it all.

Reflecting back on a previous gig in Scotland, lead Baz Warne commented on the sea of grey, or no hair in front of him. An audience as follically challenged as himself! But for the record, in Leeds it wasn’t exclusively a 40+ audience. There were plenty of younger folk there and whatever your age, these bands have something to offer; fantastic musicians, great showmen (and women!) and stonkingly good songs. What more could you want?! 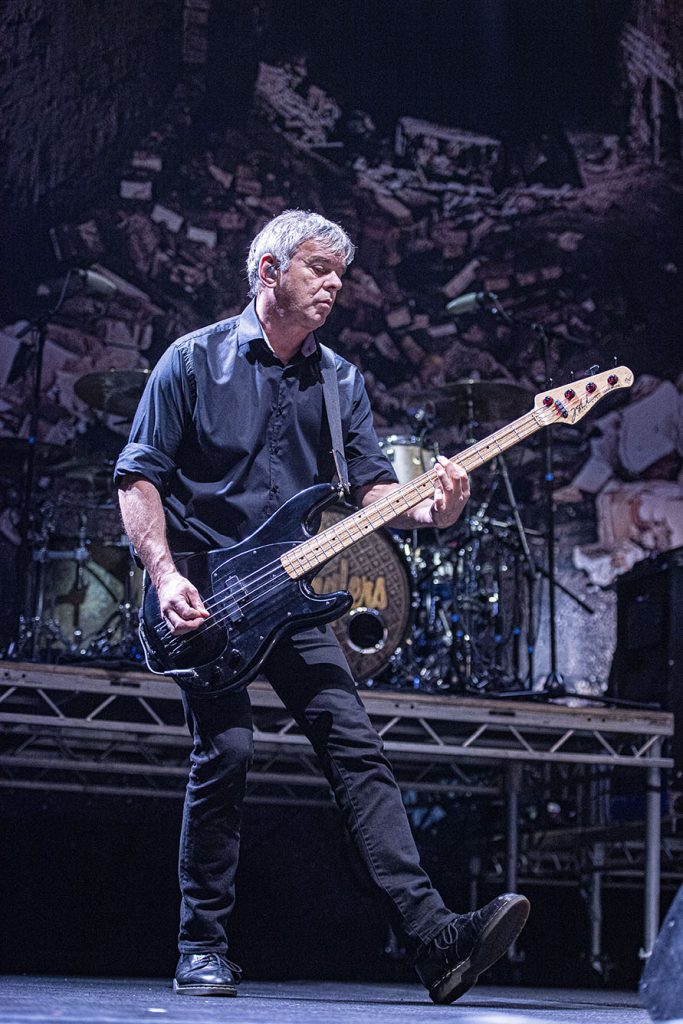 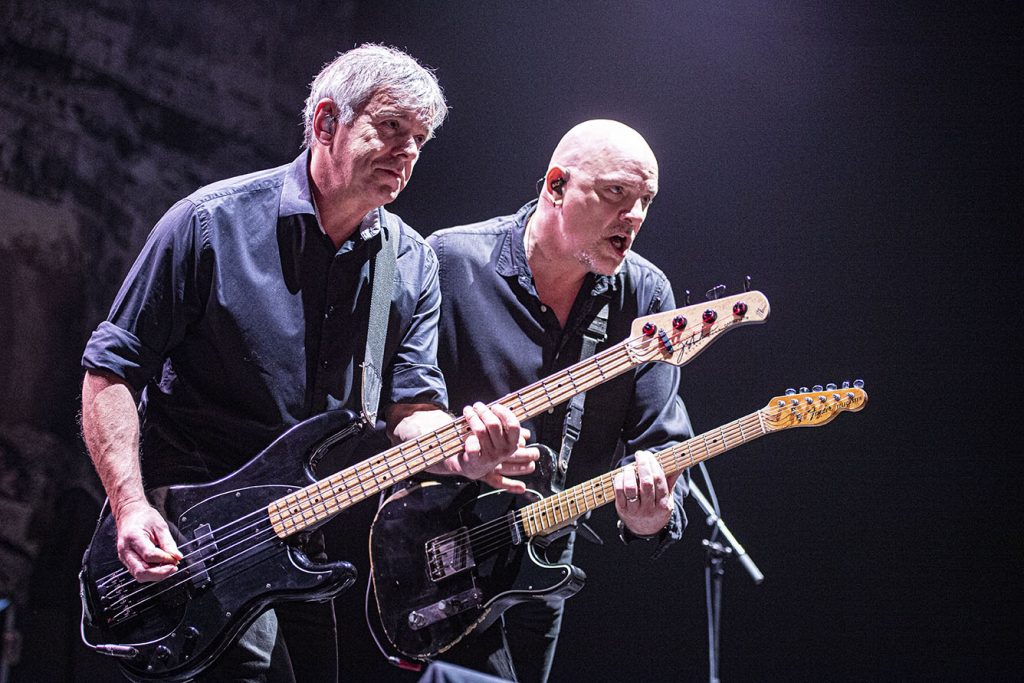