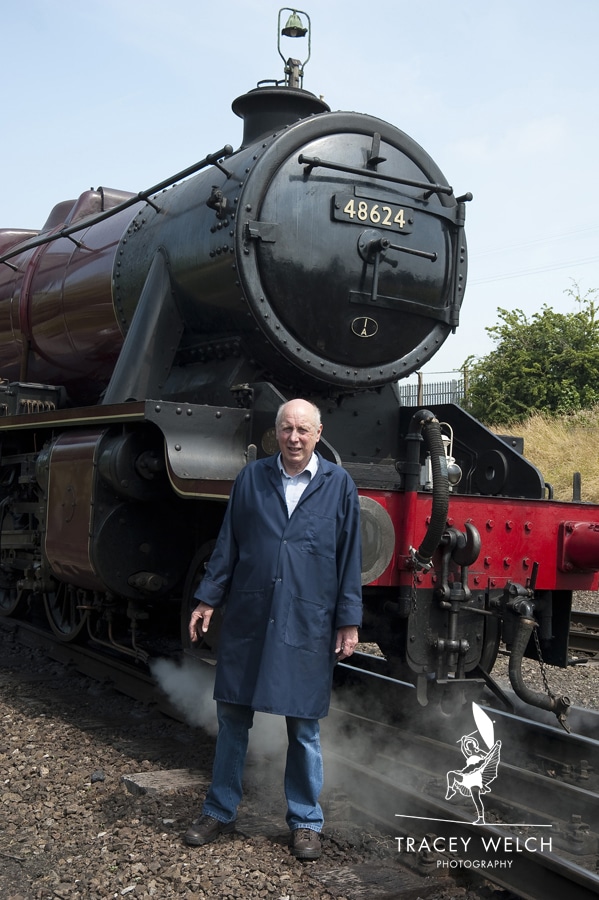 I’m guessing if you asked the small boys of this generation what they’d like to do when they grow up it might well involve either gangsta rap, football or some other route to celebrity status.  Back in the day though the response was most commonly “train driver” and finally for his 70th birthday my dad has achieved that ambition, courtesy of a family whip round and the Great Central Railway.

Altogether there were seven of us on the platform in Loughborough, the start of the UK’s only mainline heritage railway. Only my dad and my brother were allowed to ride on the footplate of a steam train with the engine driver but for the rest of us (including my aunty’s stepson, who’d come over from Canada and is a massive, model buyin 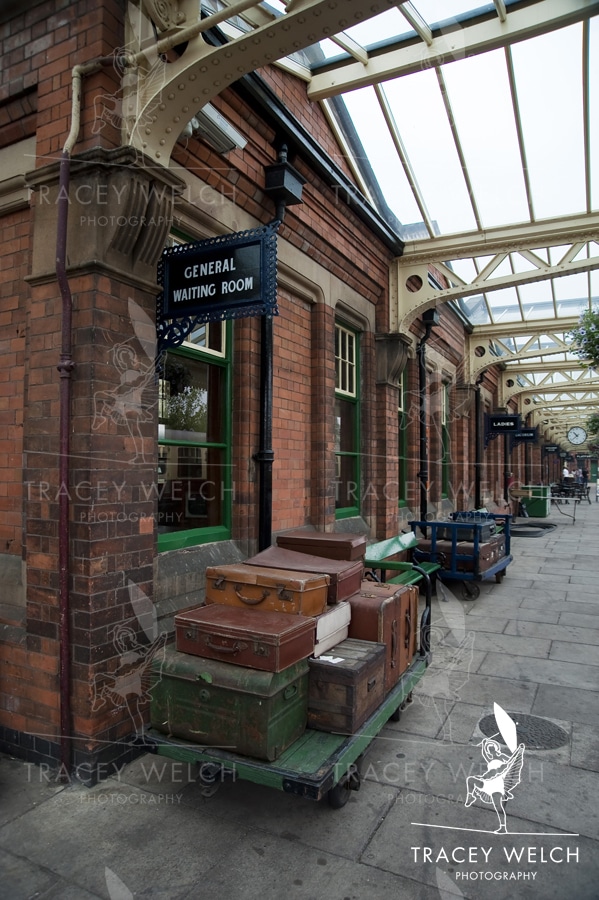 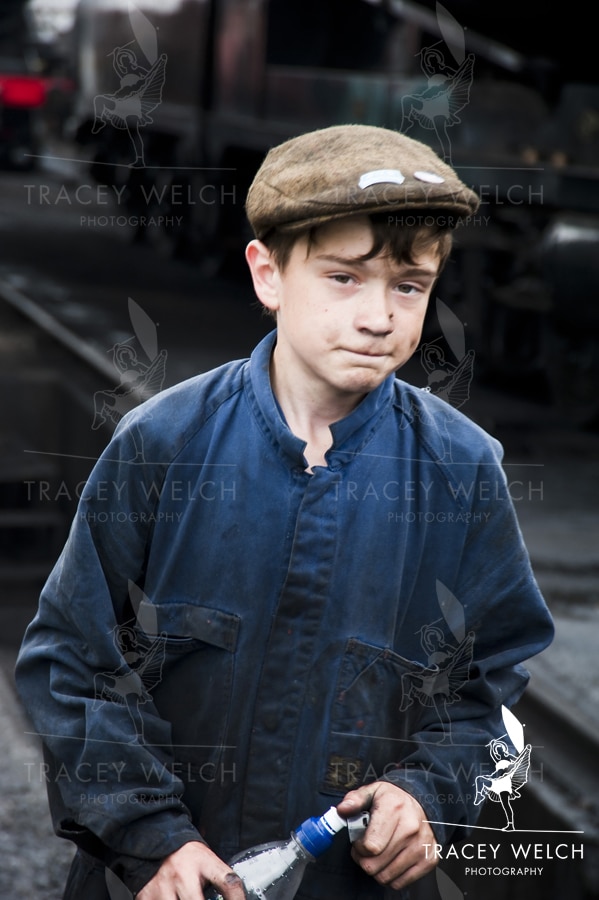 it was a grand day out on a vintage electric train. Alongside plenty of authentic paraphernalia from a bygone age the railway is populated with staff in period clothing.  Not that men’s clothing has changed all that much since the nineteen forties….just higher-waisted trousers really…flashing your undergarments wasn’t fashionable or practical in those days.  No under age workers up chimneys but there was one to clean out the ash that dropped into the pit under the fire.  Well-hydrated though.

My dad had an amazing time and we all got a fantastic history lesson on the line and the signals plus a decent lunch…well an omelette in my case and what my mum referred to as”windy beans” .  Whizzing through the villages taking pictures of anything and everything that took my fancy was really good fun and it was great to have some quality family time. 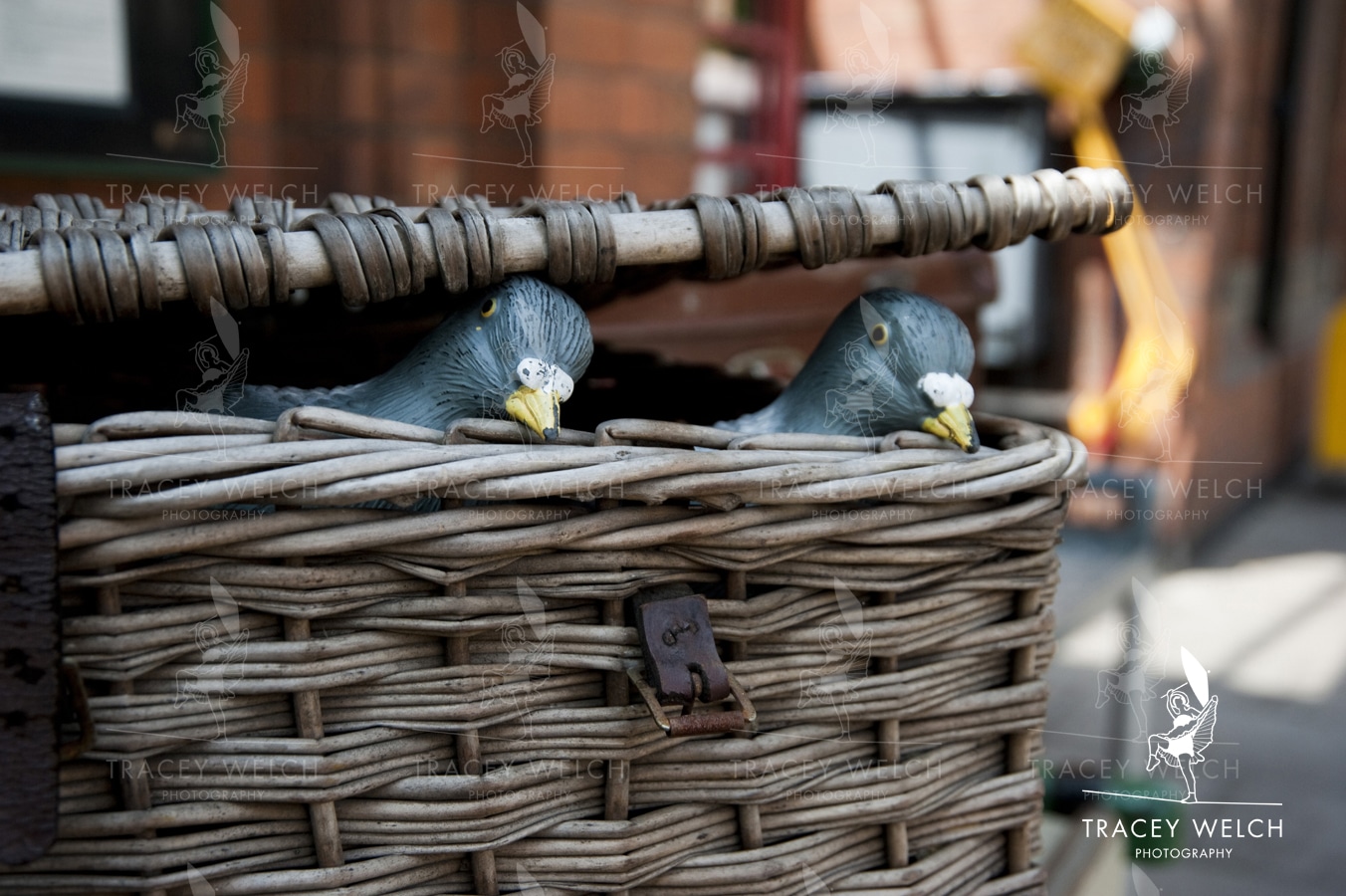 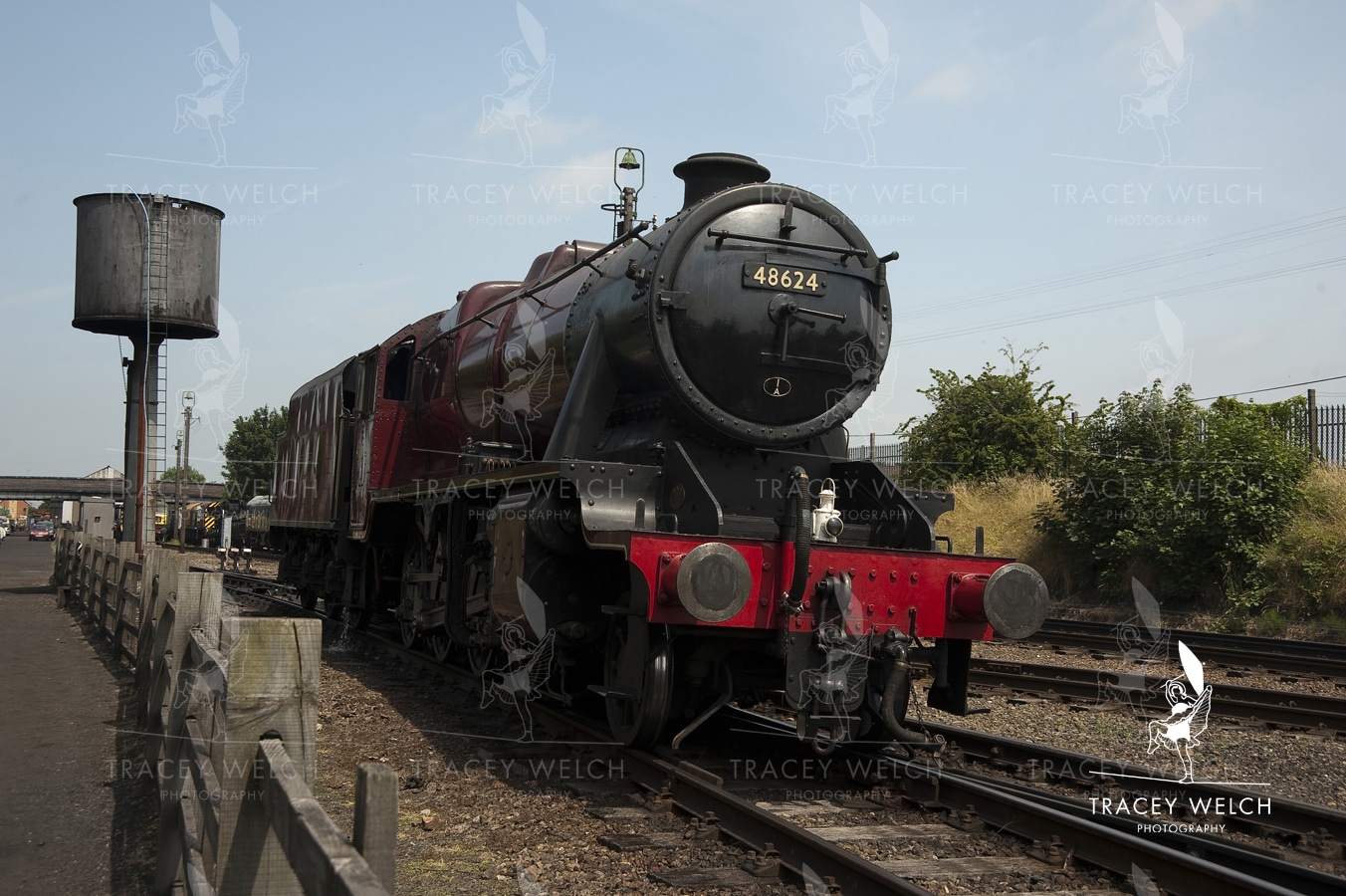 As an extra special 70th surprise I took my dad to meet our newest family member.  I’ve adopted a donkey for  him at the sanctuary in Leeds.  My folks love donkeys.  See the family resemblance…no not the one in the middle…