Last time I photographed Morrissey was more than a decade ago at Sheffield City Hall. On this occasion we’ve upscaled to Arena level so clearly there’s no sign of a waning in popularity of the Smiths one-time frontman.

This was my first visit to Glasgow’s SSE Hydro and honestly I was impressed. It’s a lovely building and despite the crowds there was no queueing. You do have to pick up your pass from the building opposite but other than that it was a smooth route in and inside they layout’s good with plenty of space to move around. For this particular gig we were faced with one or two challenges – see below for the first one! We had a clear demarkation line and a fairly tight squeeze in the pit, plus we had to pick one side or the other for our view up to the 7 foot stage.

That being said, it was a really enjoyable session. Morrissey was his usual flamboyant self, the light was great, the diehard Morrissey lookalikes were out in force and everyone was in a really good mood. As I was shooting for Q, I got to be there for the whole gig, photographing from different vantage points. And as a grand finale,  Morrissey whipped his shirt off as he made a swift exit. Highly entertaining and I got some great pictures so definitely well worth the trip up North. 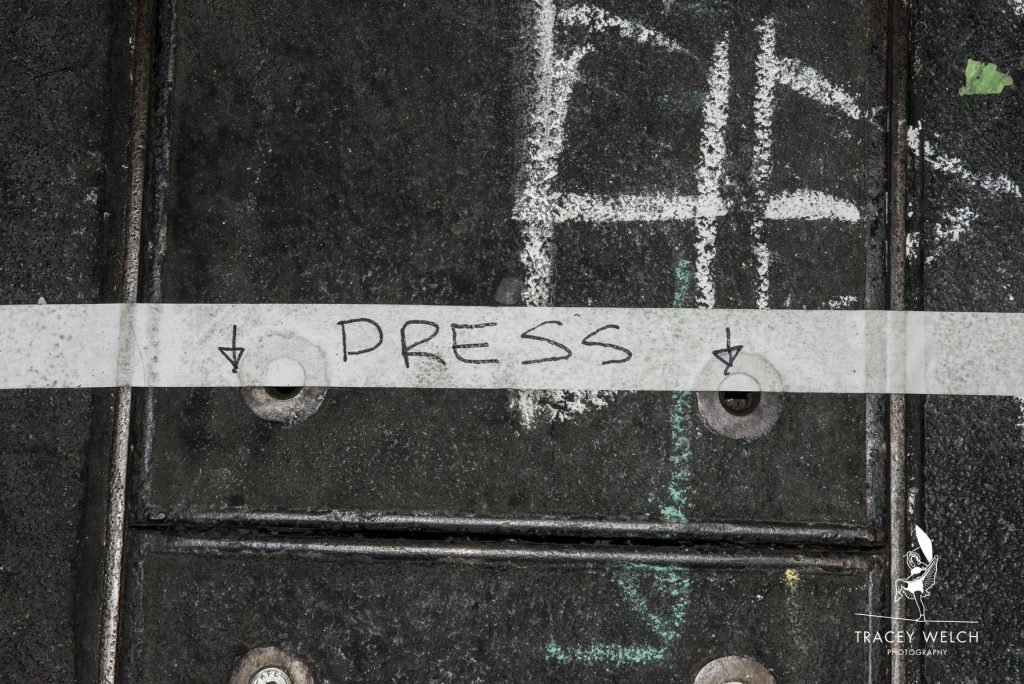 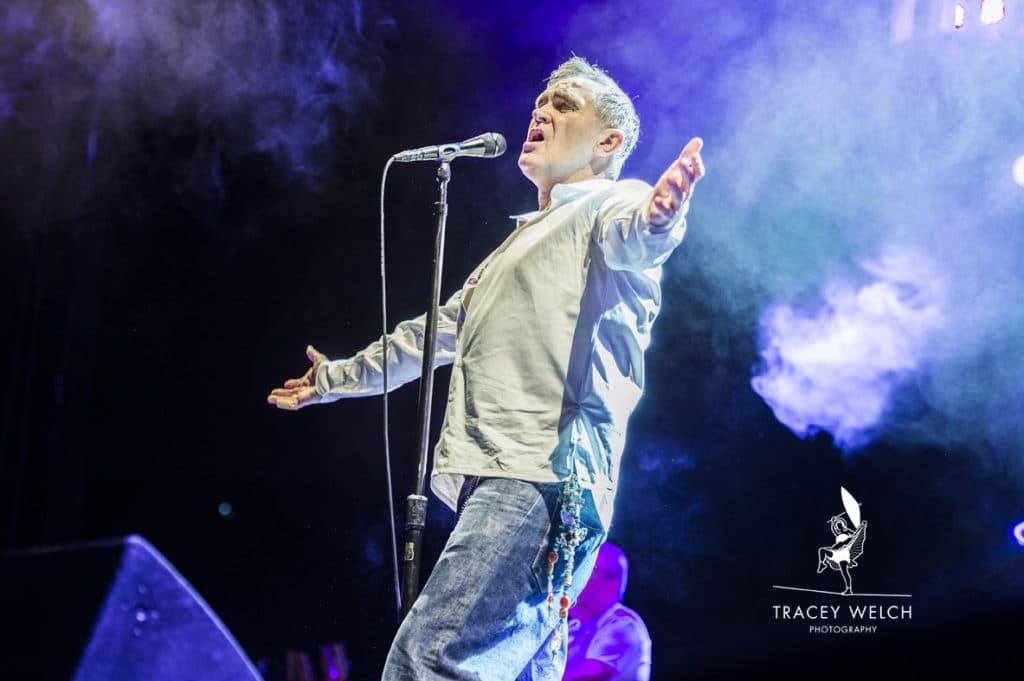 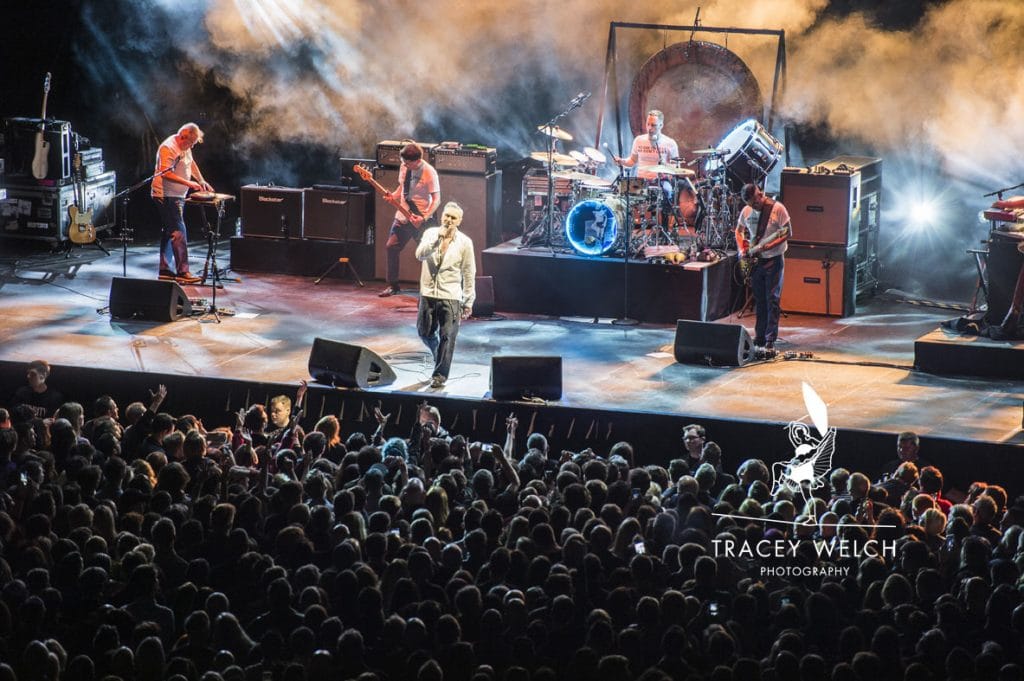