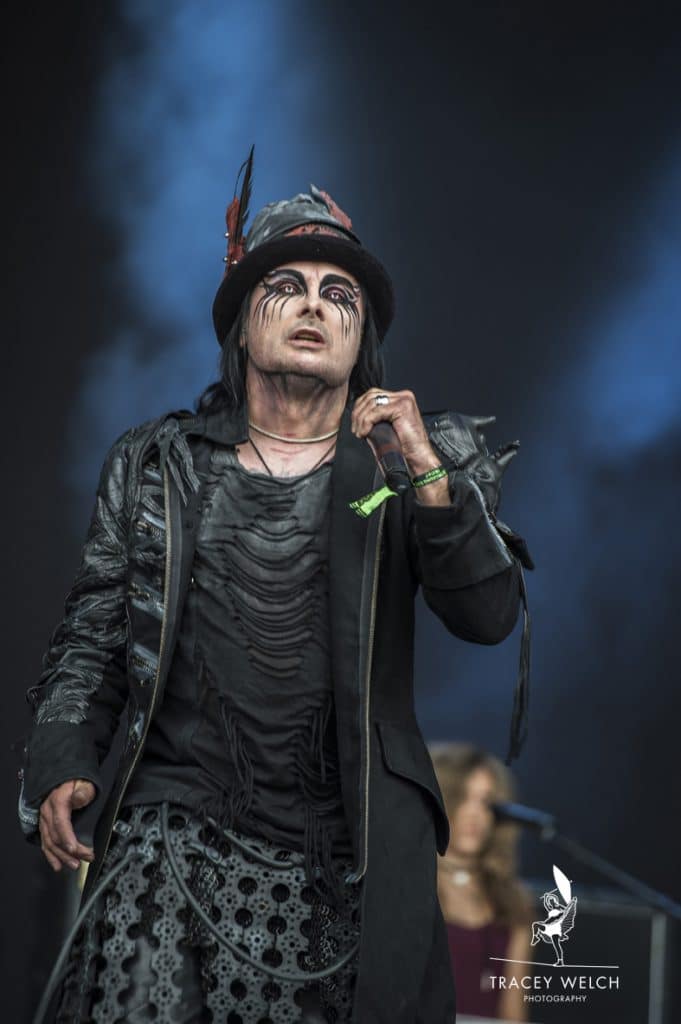 Just back from my second Bloodstock Open Air which was really great. Good to see some familiar faces and it’s a fantastic festival to work – really relaxed. Plus this year was a welly free weekend and no rain is always a bonus! Weekend tickets were completely sold out but people could still turn up for a day pass to see their best metal band. There’s never any trouble and always plenty of theatrical dressing up, on stage and in the crowd. For performance and showmanship I’d say Dani Filth from Devilment did the job. I got some great shots of him and the rest of the band. 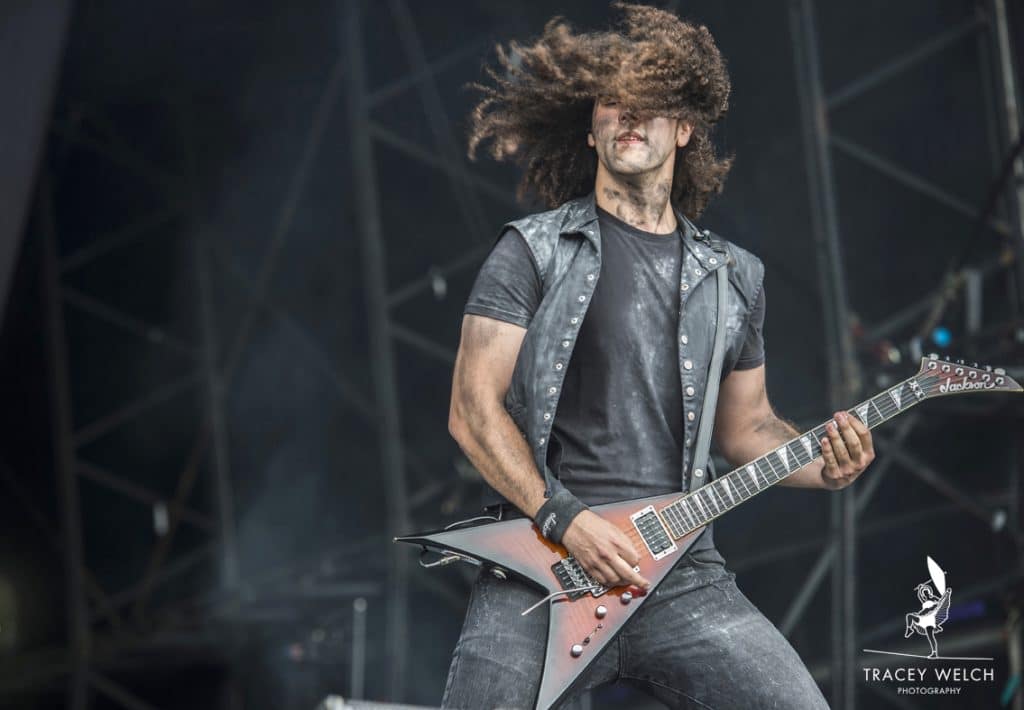 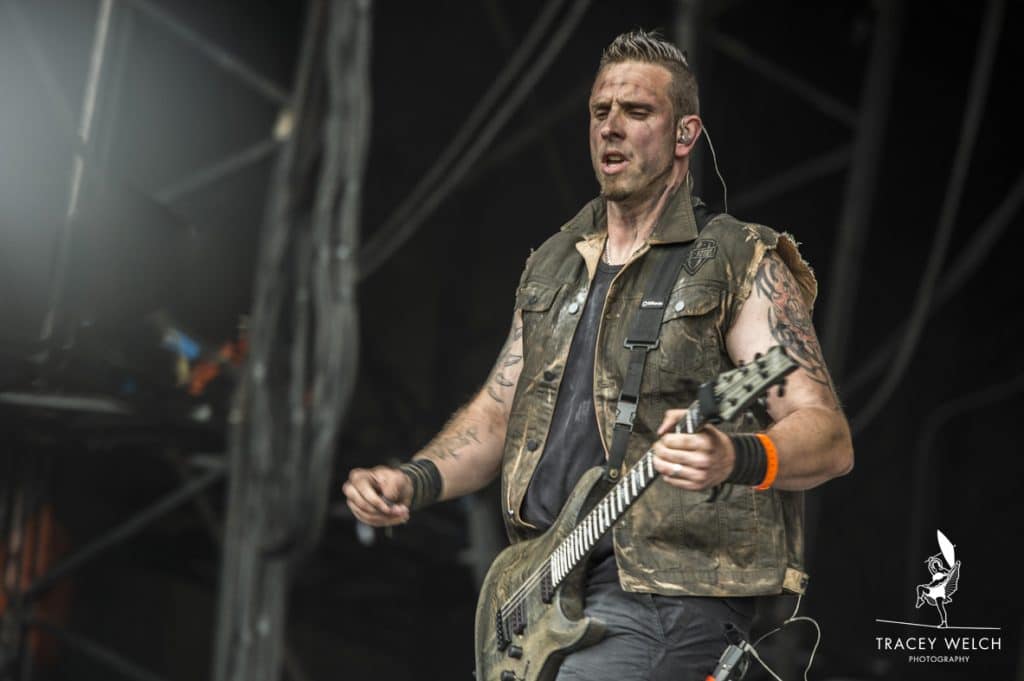 I was a fan of Testament in the late 80s and early 90s, and Chuck Billy is still going strong, as is guitarist Alex Scolnick who has been back and forth with the band over the years, in between all kinds of other stuff, including jazz and funk.. 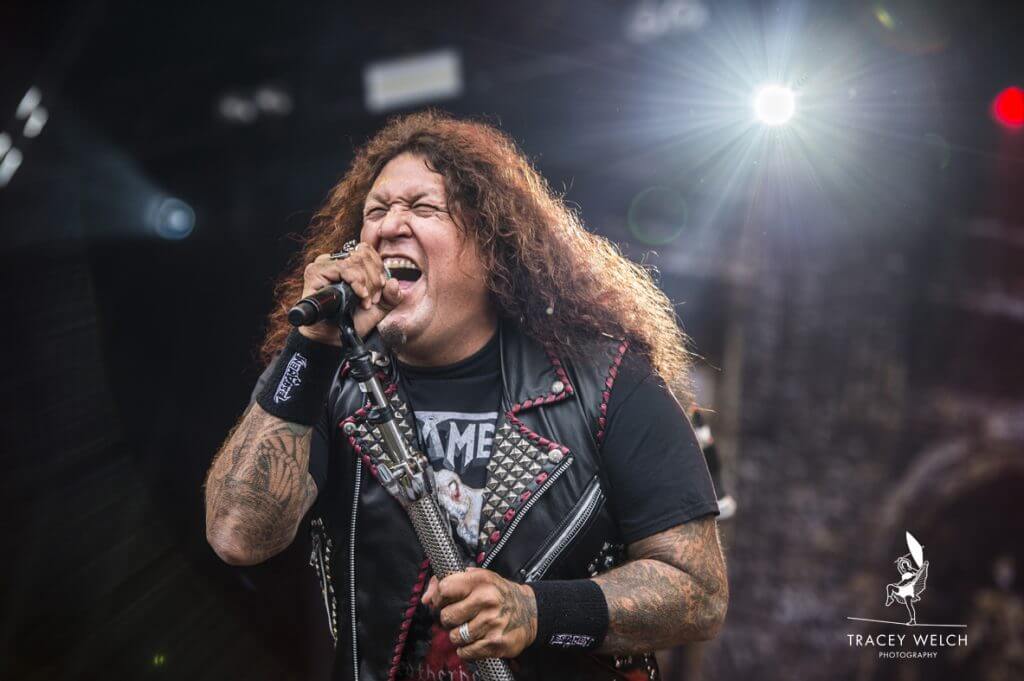 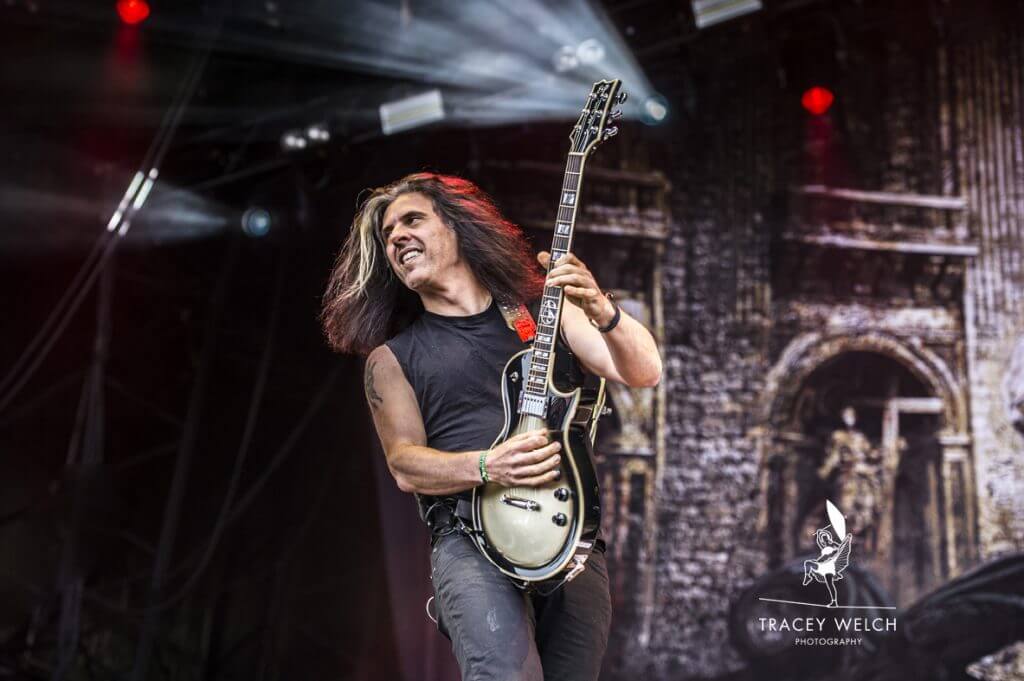 Canadian band Annihilator are always worth a look. Lead and founder Jeff Waters is sponsored by Epiphone who were also on site at the festival, which gave me an opportunity to go and meet the team. I tried out a Jack Cassidy bass, in front of people which was a bit a scary…especially when Tom and Olly said they’d recorded me…Stray Cat Strut not very Bloodstock. Anyhow moving on – gorgeous instrument. I want that one! 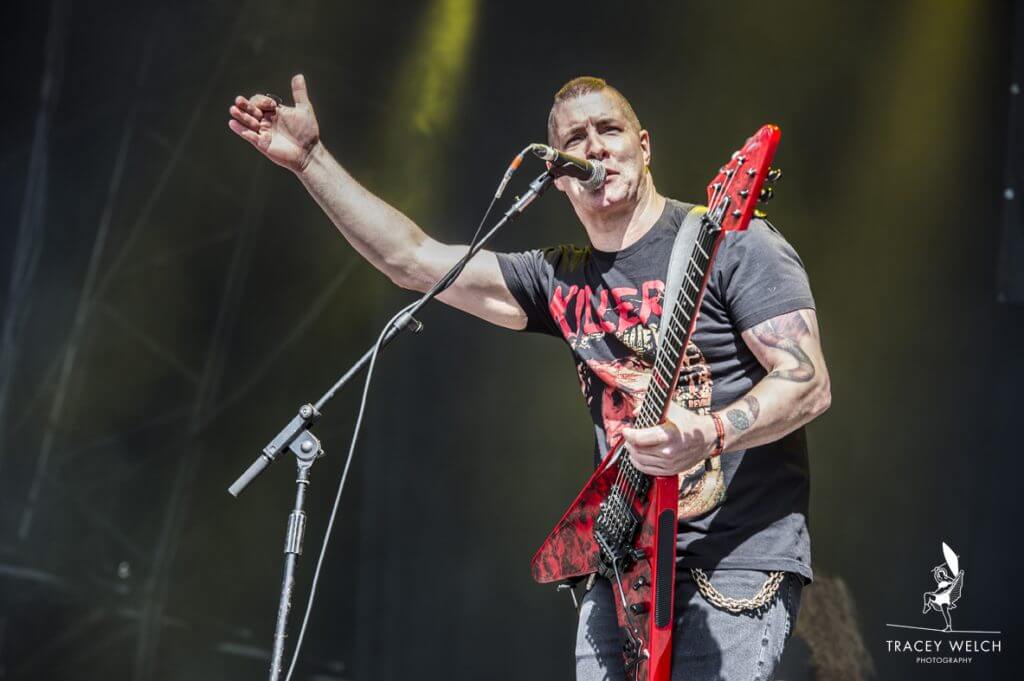 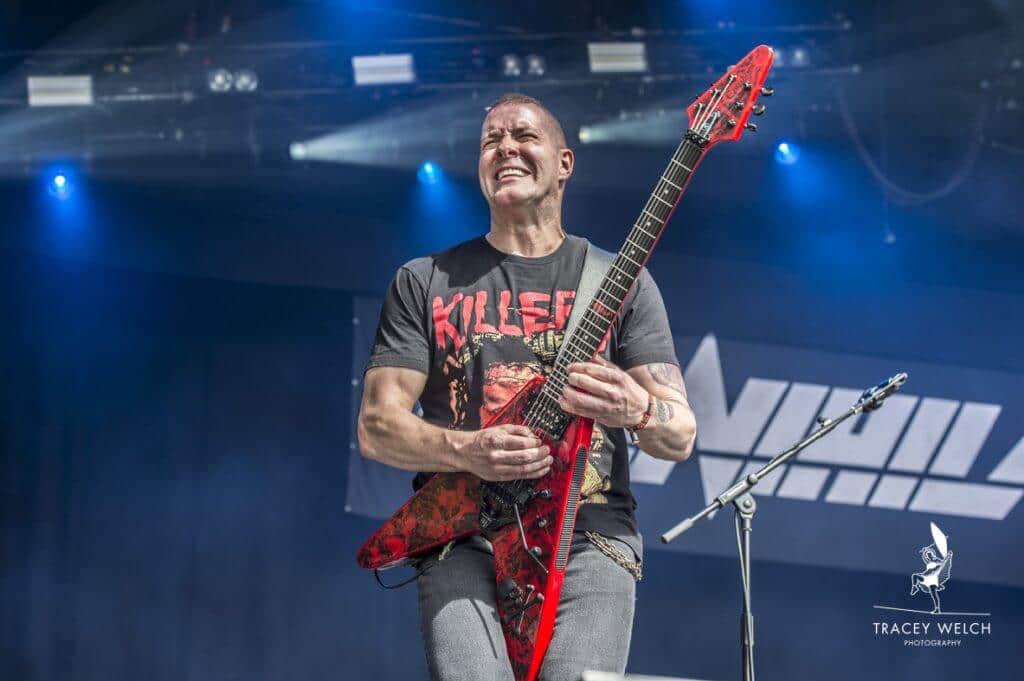 Municipal Waste – what a great name! I was pretty fortunate to get in to this gig as the list was limited due to the extensive crowd surfing that goes along with the band. After our three songs it went mental in there but here are the shots. So pleased to have been on that list. 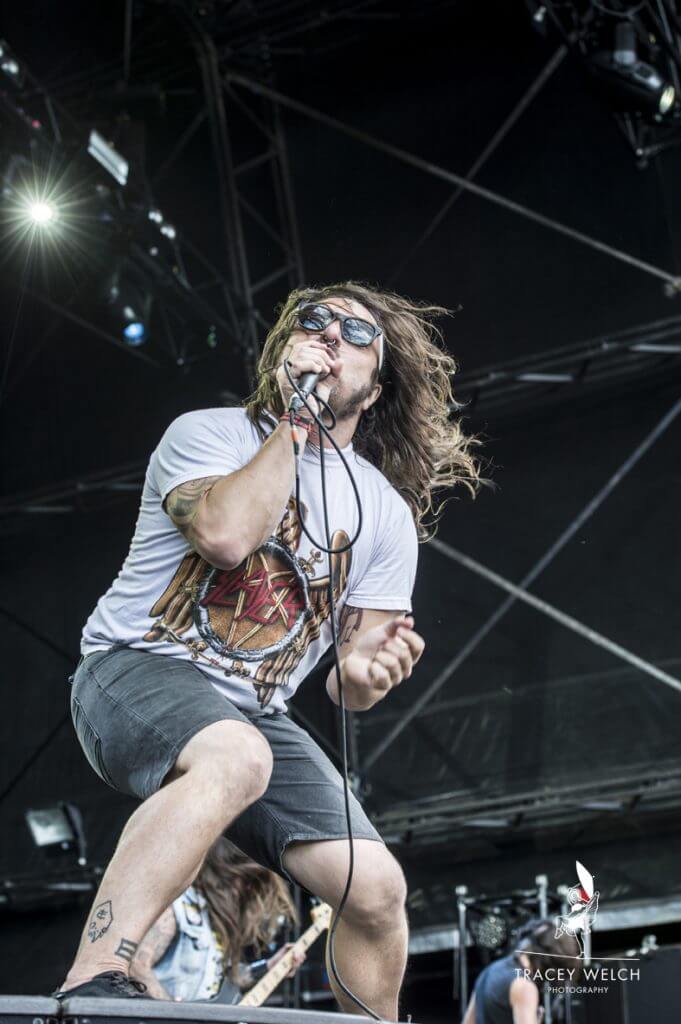 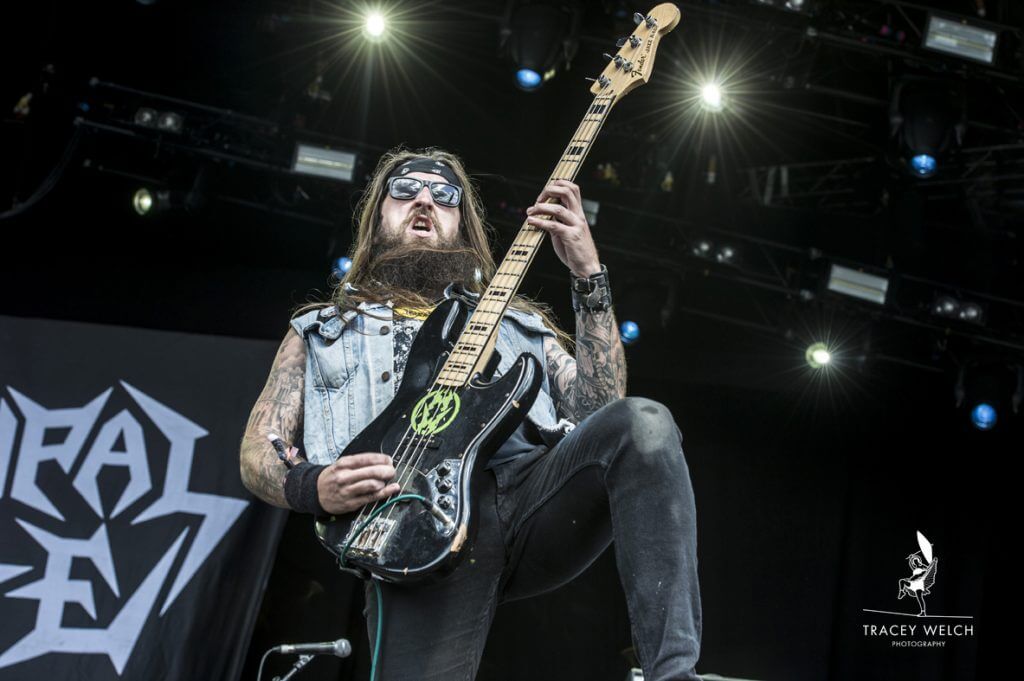 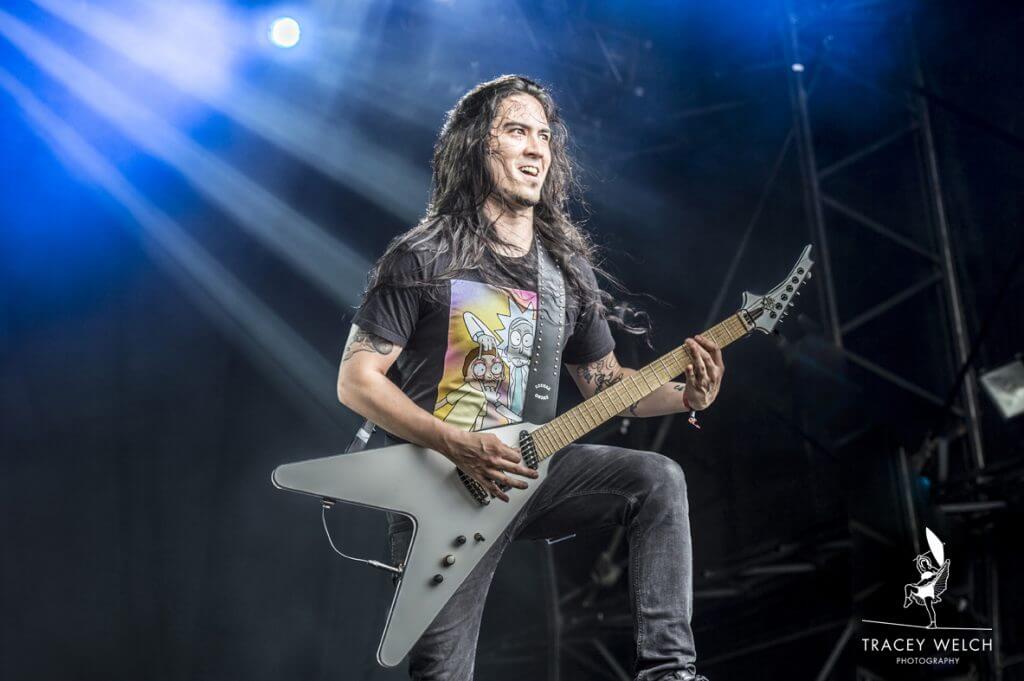 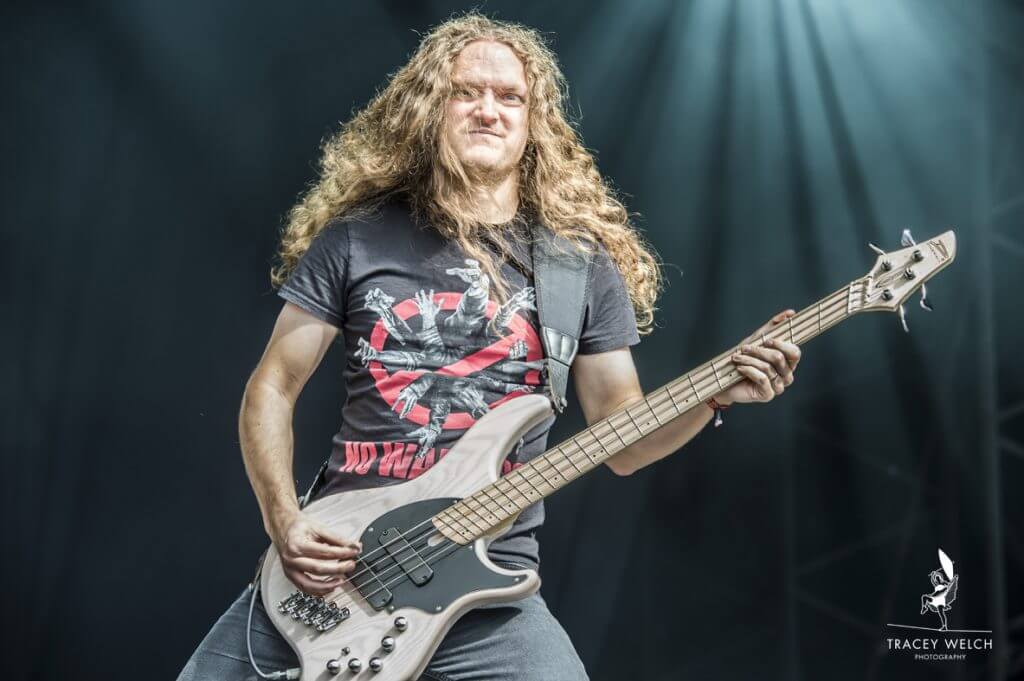 Headlining Saturday – Ghost. Always good to photograph but the pyros are enough to give you a heart attack. There’s usually a lot more smoke but thankfully lovely lighting here and a great opportunity to capture the theatre of the visuals and costumes; really entertaining and performance to match. The musicianship is fantastic. So this rounds off my Bloodstock 2017. Sadly, I missed Sunday due to other work commitments but roll on next year..which has already announced French band Gojira who are amazing and Nightwish from Finland, who I’ve worked with in the past photographing Kai Hahto for Drummer magazine. It’s going to be Metaltastic… 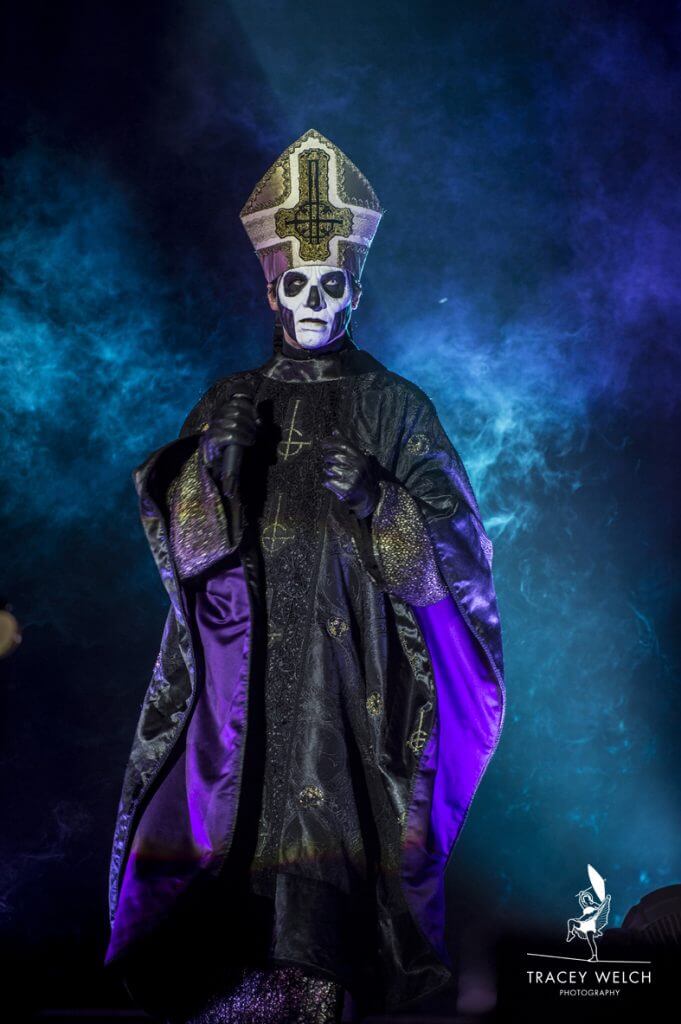 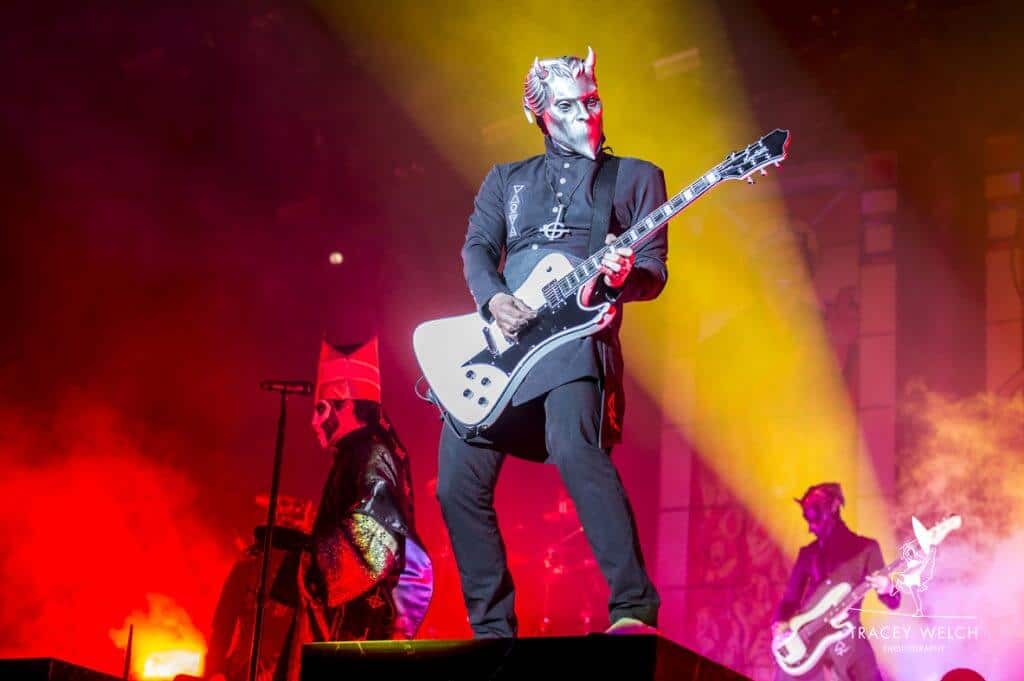