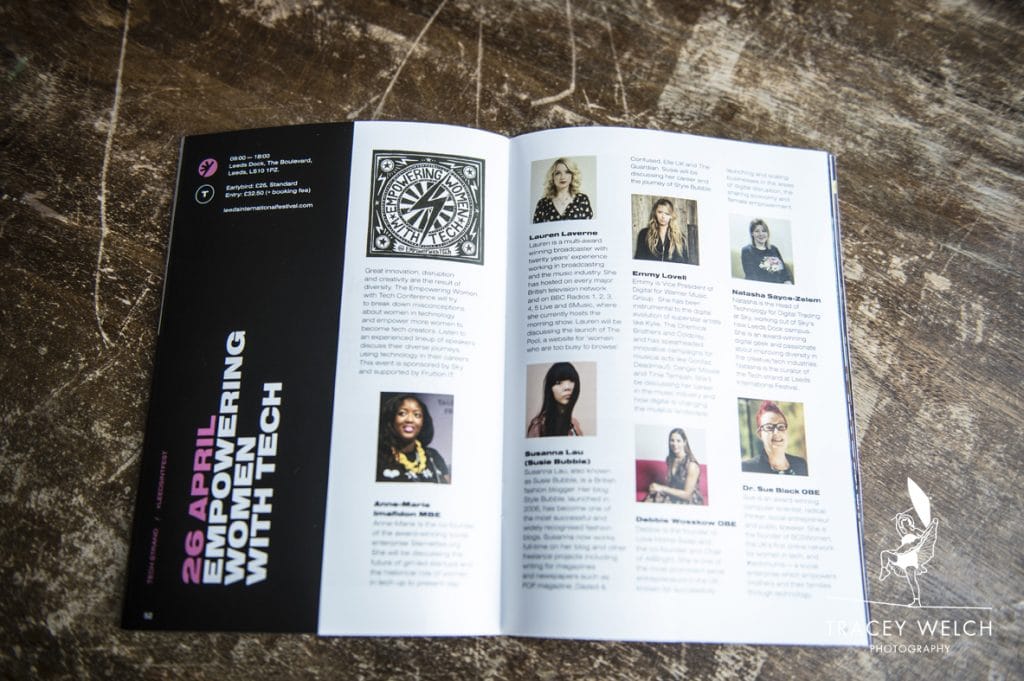 I spent a day last week at Empowering Women with Tech, an event designed to “break down misconceptions about women in technology and inspire more women to become tech creators.”; the premise being that “great innovation, disruption and creativity are the result of diversity”. A strong panel of speakers included appearances from broadcasters like Lauren Laverne and Miquita Oliver, and there were plenty of opportunities to network throughout the day.

Anne-Marie Imafidon MBE talked about some of the women whose work has shaped history but who aren’t celebrated like their male counterparts. From that timely reminder she went on to offer some practical advice on how women today can become more tech savvy in business. 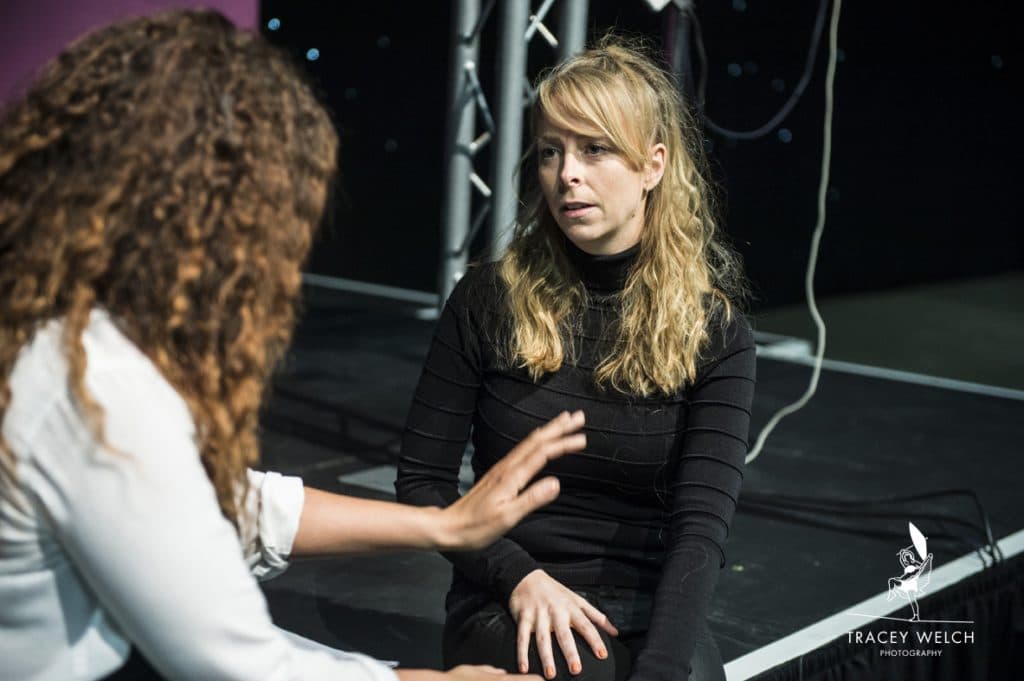 Emmy Lovell from Warner Music had an interesting back story of growing up liking Kylie Minogue in her role as mechanic on Neighbours and ending up working with her. She got her first break at 19 through another woman in broadcast radio who spotted her potential in a letter she wrote to the station. I had a great chat with Emmy after her presentation. She works on the technical side for Warners – supporting different artists in using different media to promote themselves. She also worked at Bauer Media who I’m currently working for via Q Magazine so felt like we shared some common ground.

Next up Debbie Wosskow OBE who grew up in a home where she was encouraged to go into business. She saw the film The Holiday on a plane and decided to set up Love Home Swap, an online house swap business. On the back of that success she went on to found another enterprise, Albright to help women in business network effectively and access funding to achieve success.

Susanna Lau (aka Susie Bubble) is a fashion blogger so hearing how she’s turned that into a business was really interesting.

I should also say big thanks to Natasha Sayce-Zelem for organising such an amazing event. Natasha had an interesting dad who worked in TV and film. For a while she worked as a photographer for Melody Maker then did a film degree, worked on Emmerdale and at the beeb, then moved to be a technical head at Sky. She had a passion for gaming and tech when girls weren’t really recognised in that scene. Having had her fair share of ups and downs with male bosses it’s now her mission to help other women up the professional ladder, hence organising the event. Her story is, in itself, hugely inspiring. 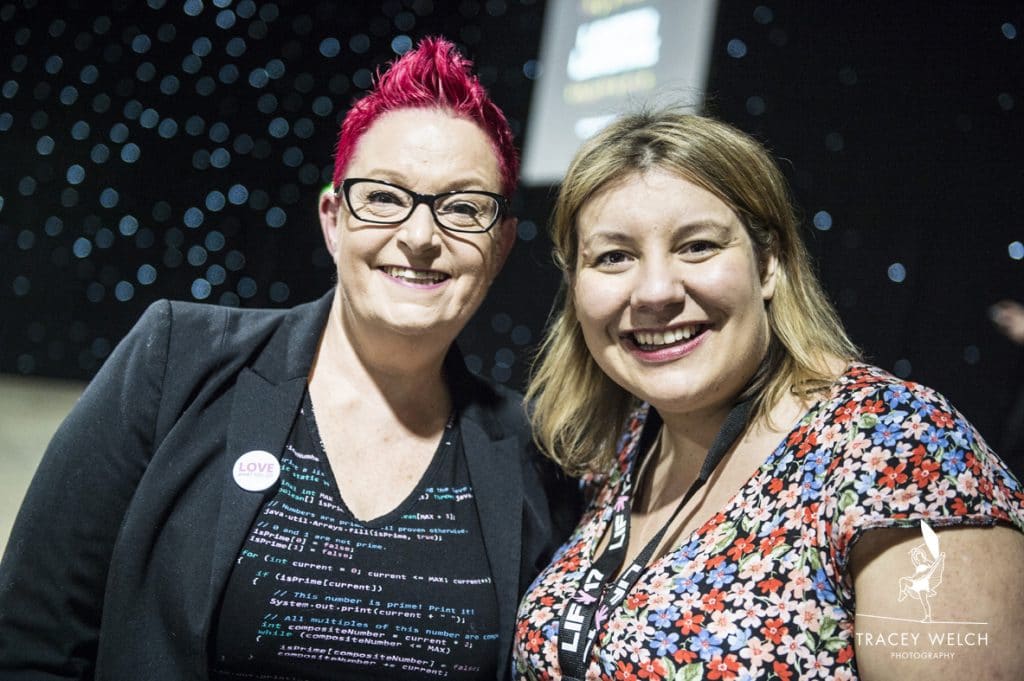 Dr Sue Black (on the left here with Natasha) talked about women in technology, and their contribution at Bletchley park in code breaking during World War II. She runs Mums with Tech – giving women opportunities to up-skill in technology whilst their kids are at school and so inspiring the next generation of girls.

As for Lauren Laverne, two years ago she and a friend, former Cosmopolitan editor Sam Baker, started an online platform, The Pool, which offers quality content and news, audio and video. She talked a lot about women’s issues and taking practical action to progress equality. As a radio host she found a lot of women who phoned in were maybe at home with kids and didn’t have an opportunity to share their experiences and potential. She effectively gave these often isolated women a voice and this generated a lot of positive feedback. Her own success belies her experience of the male attitudes women often face in the media industry. The message – women need to think bigger to achieve more. Clearly she’s come a long way from her Sunderland roots but Lauren sites her mum as an empowering role model…alongside Grace Jones. 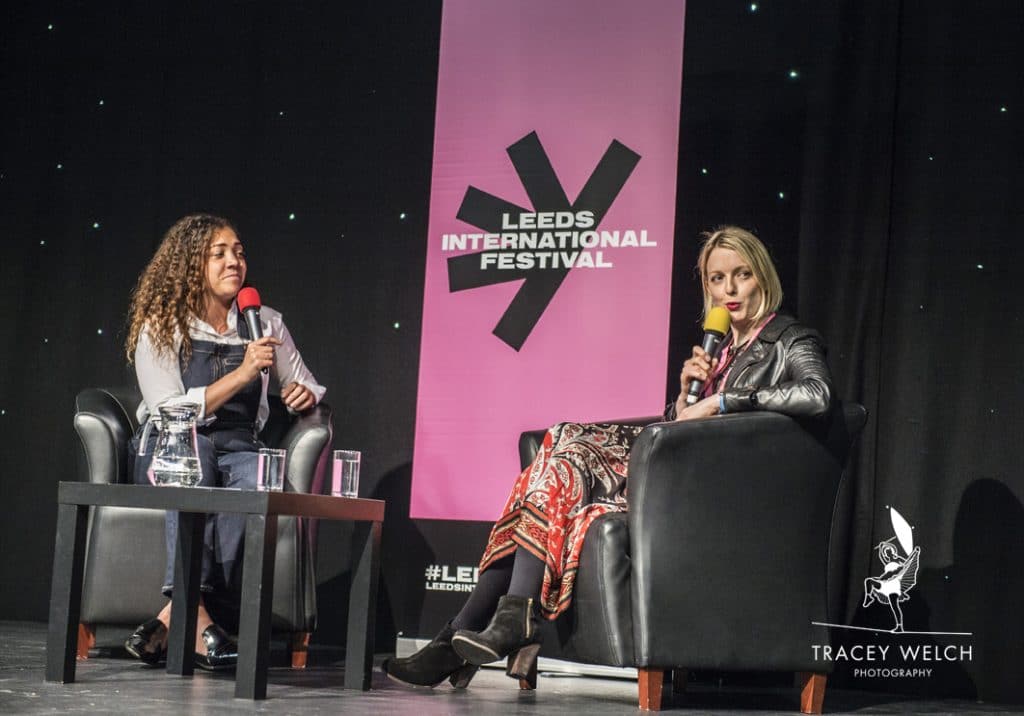 All in all a really brilliant day. For my own bit of ‘disruption’ though – why was there a male photographer covering the event? Fortunately the videographer evened up the odds. There are a few of us techy girl photographers in Leeds so let’s have a shove up that ladder!