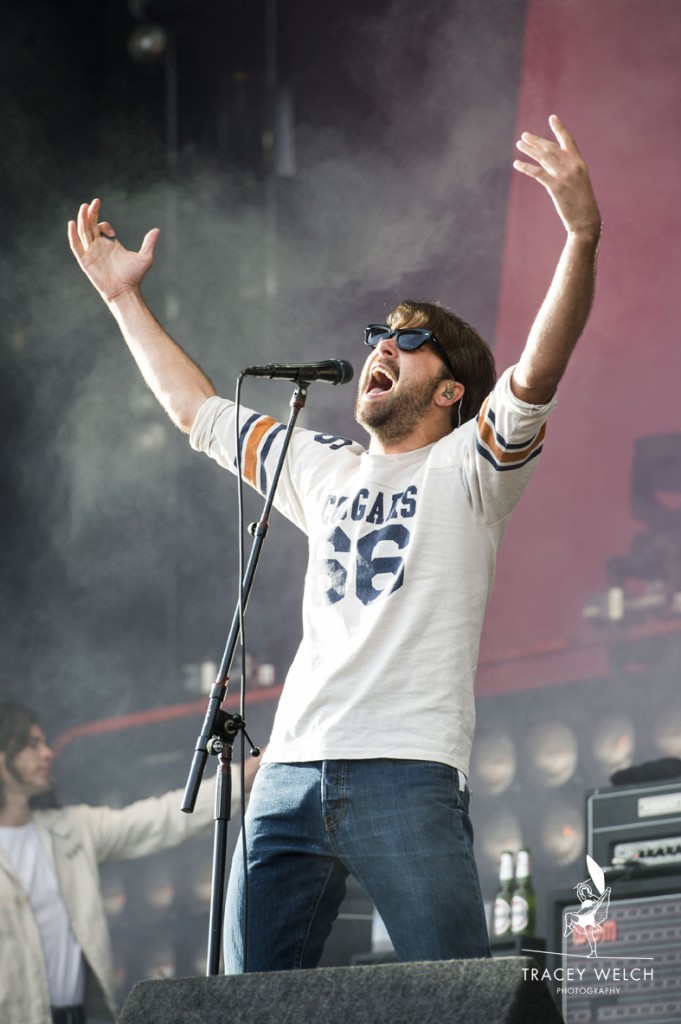 Festival season is all but done now, and what a way to end it with another visit to one of my favourite’s, Leeds Festival. This year, I spent my time between the Main Stage and the Jack Rock Stage next-door, which was showcasing up and coming bands. First up, The Virgin Marys and The Vaccines. 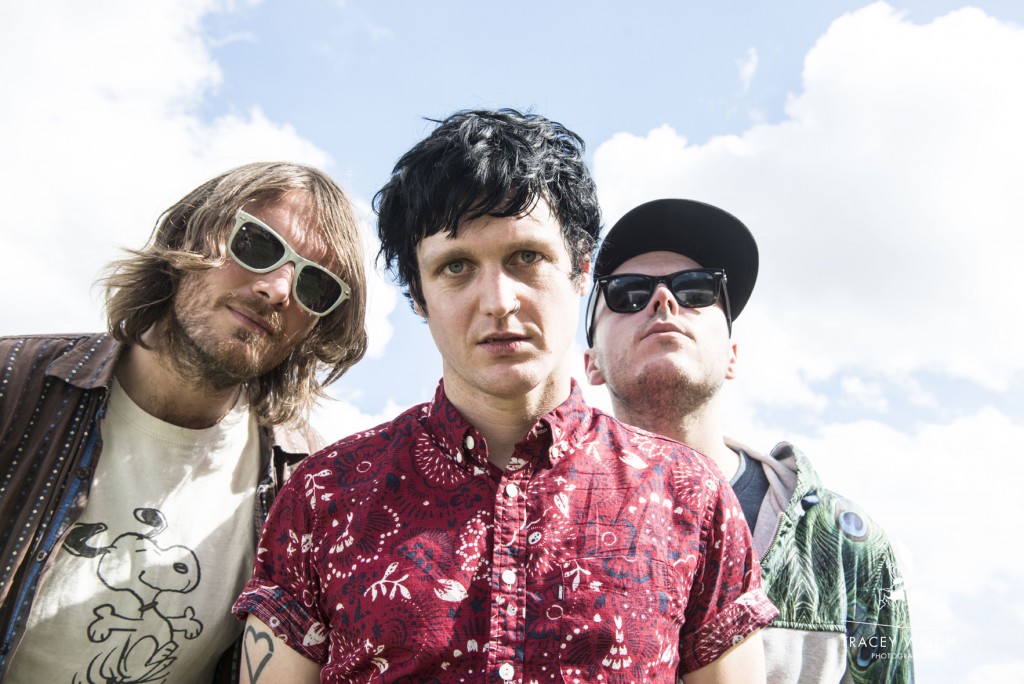 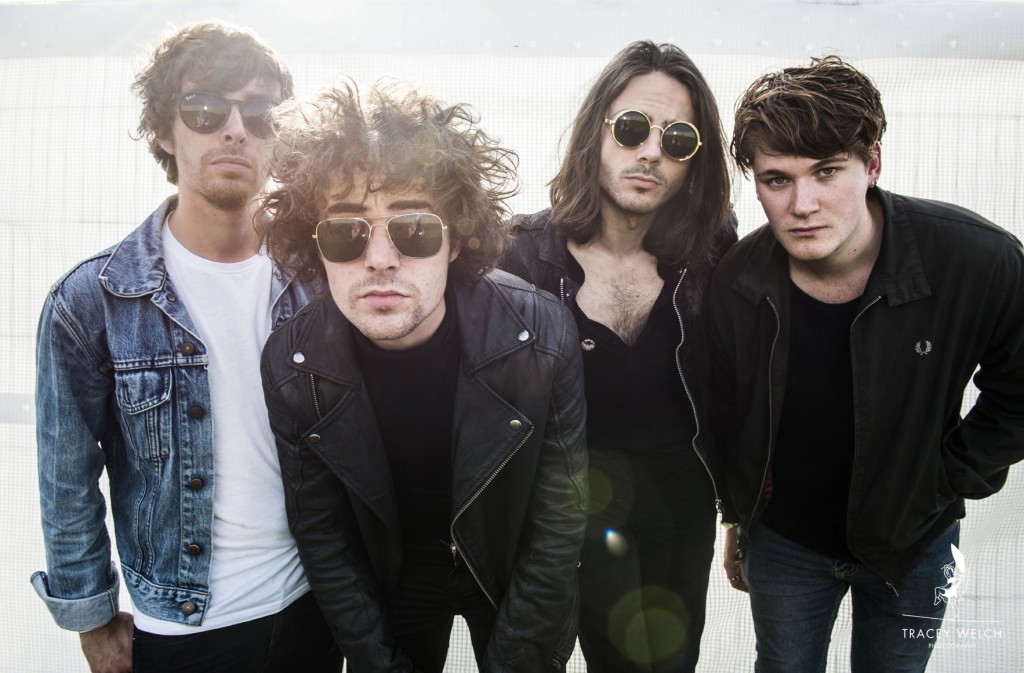 Q Magazine kindly introduced to me to the manager of Hello Operator, and so it was great to have the opportunity to take pictures of the band backstage as well as in action performing. Check out mine and Q’s social media to see more great shots! 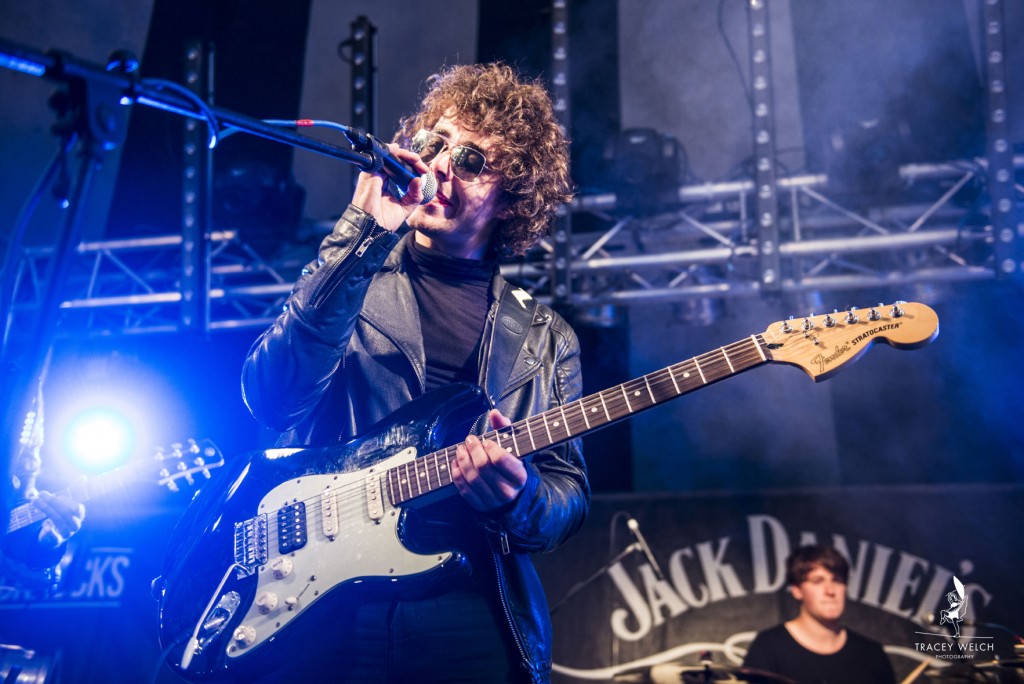 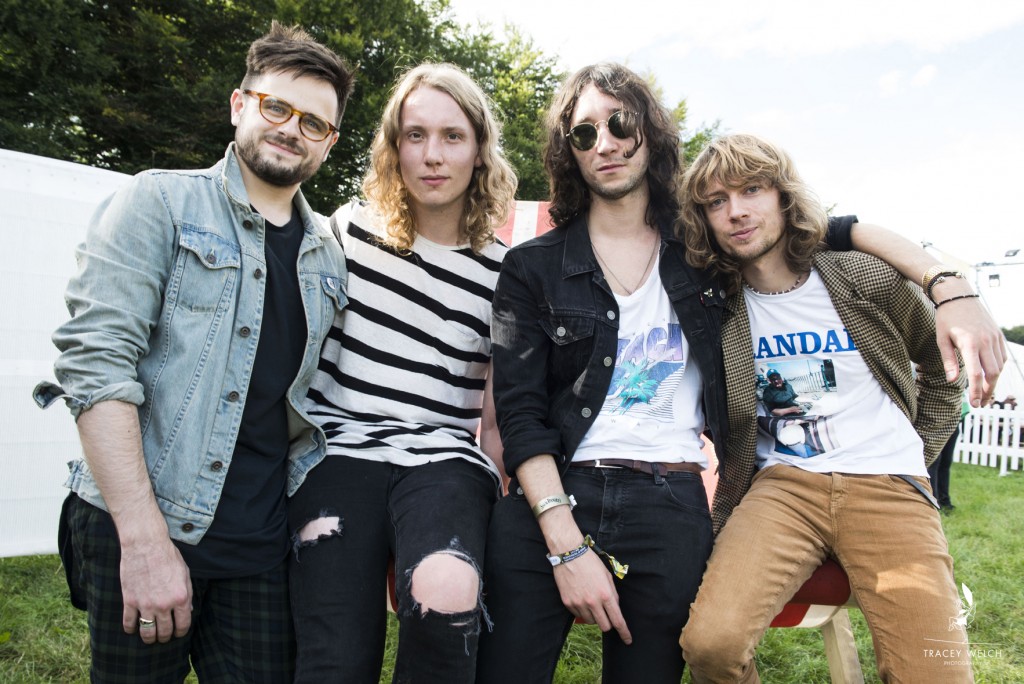 Cupids are managed by the same guy, and so I also got to meet with this Manchester-based band. 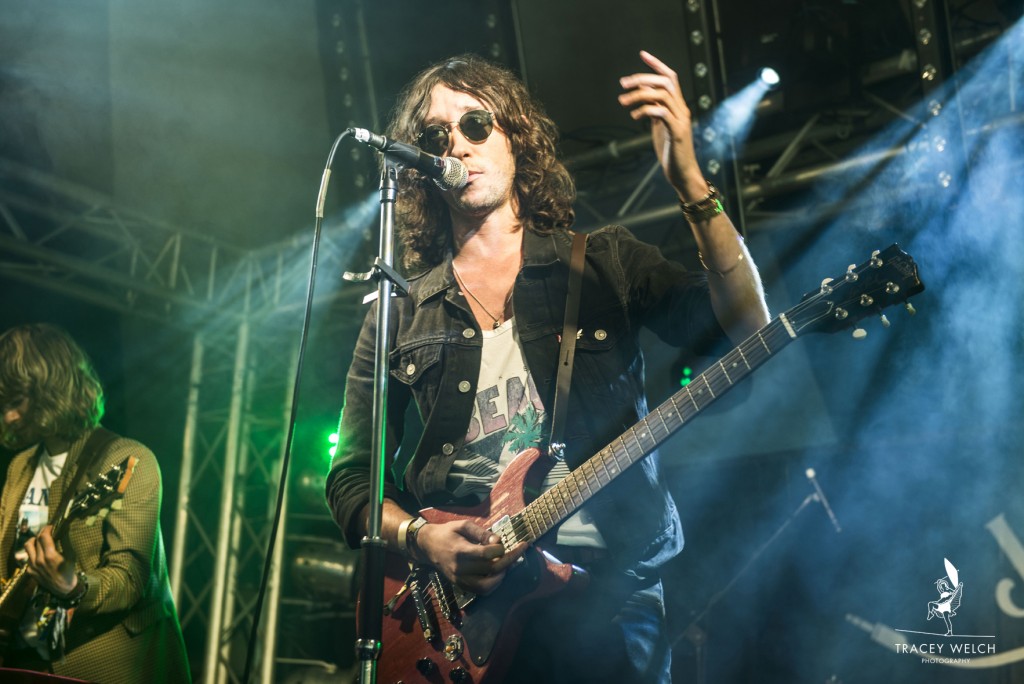 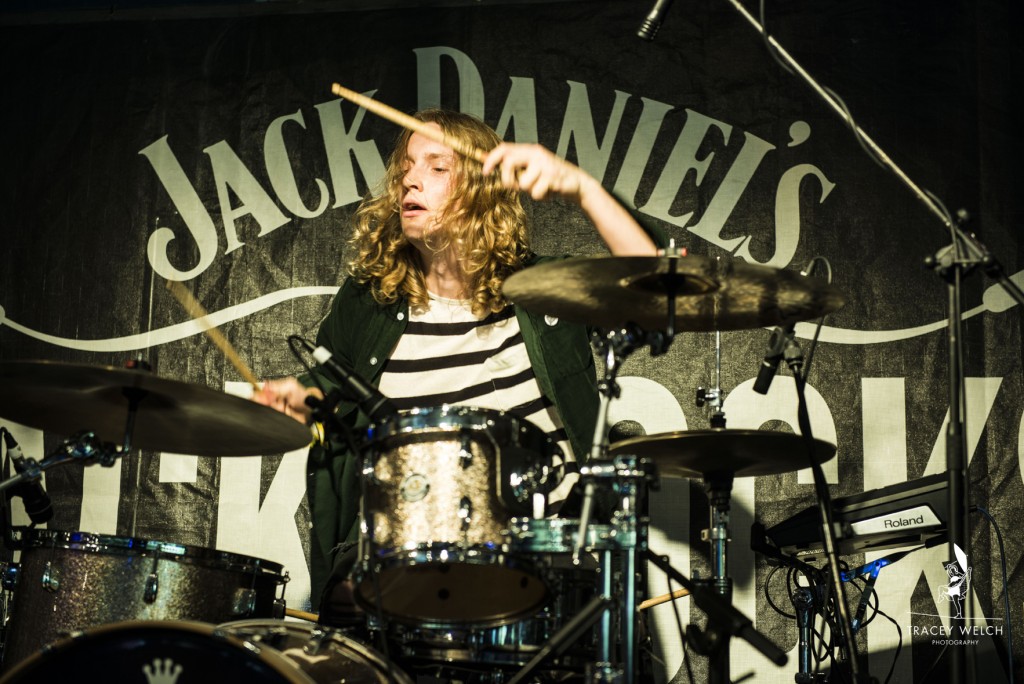 I really liked the Jack Rocks Stage, as it gave me the chance to take some amazing shots of drummers. 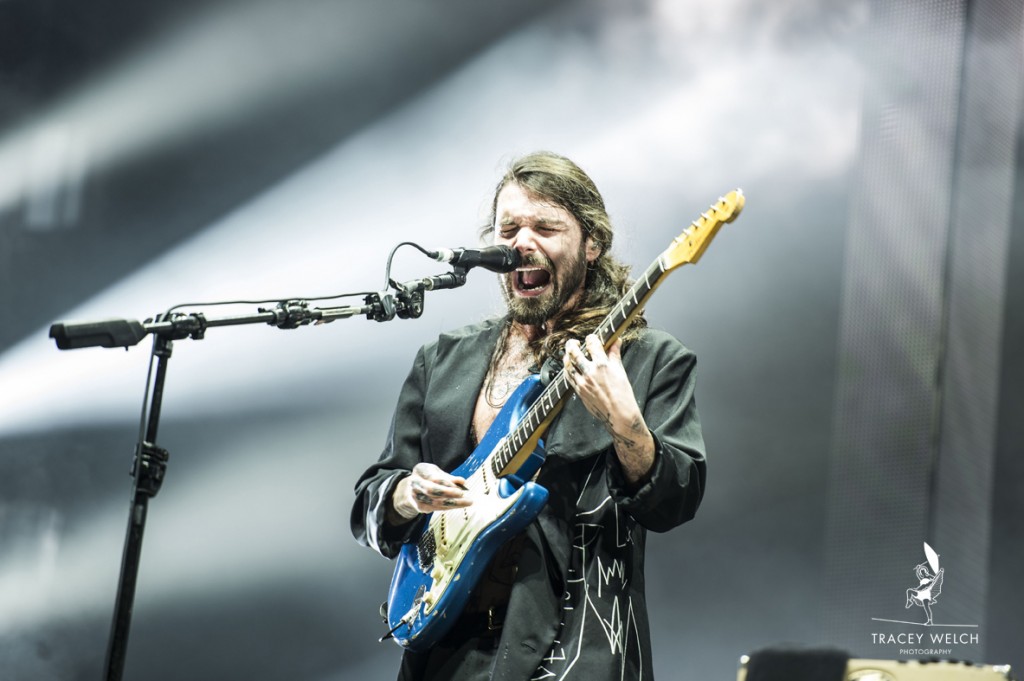 Closing out Friday night was Biffy Clyro, who were amazing! Frontman Simon Neil spent little time away from the mic, so it was difficult to get many different shots, but I like this one as it shows him at his best – screaming out some great lyrics! 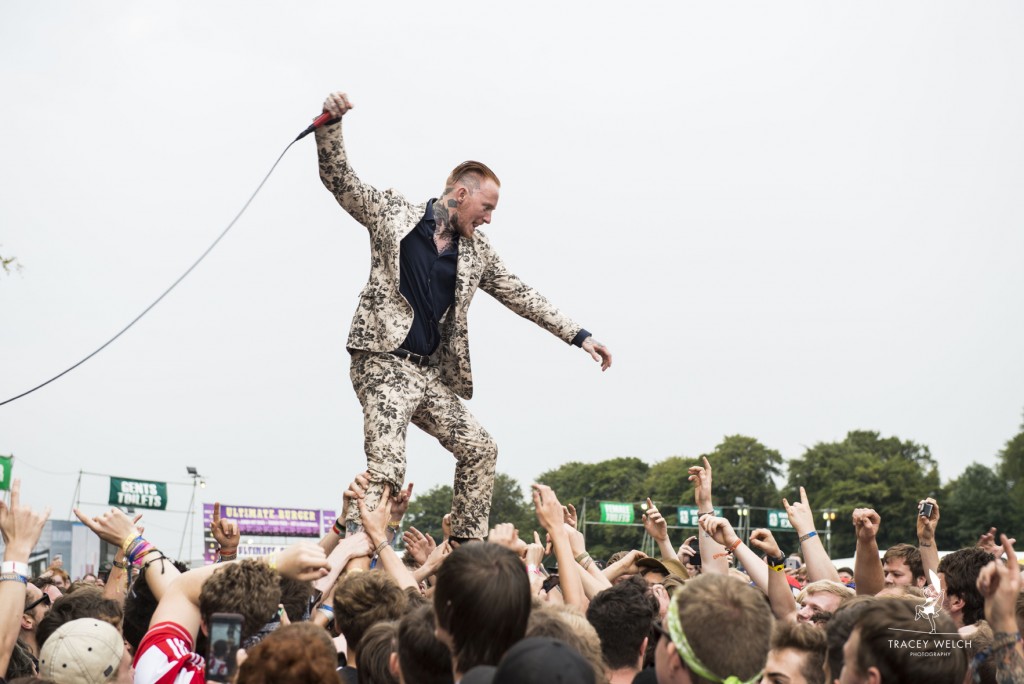 Saturday kicked off well with Frank Carter and the Rattlesnakes, Frank doing his best at some crowd-walking. 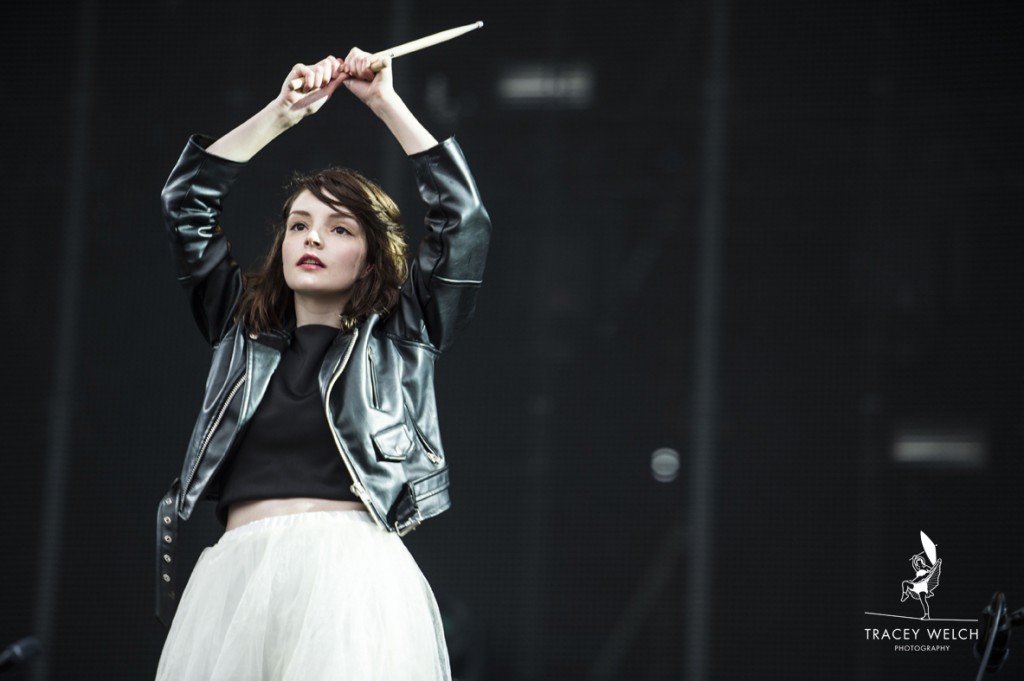 Q requested a nice shot of Chvrches and Foals, who both played fantastic sets. In between, I snuck back into the Jack Rocks tent to watch Cabbages and they were really fun to photograph. 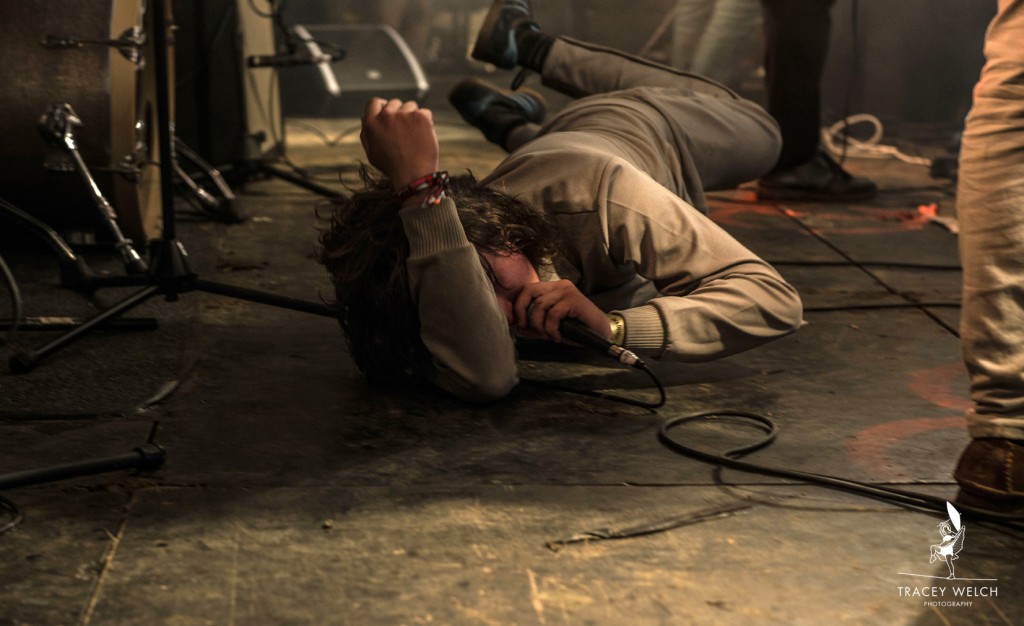 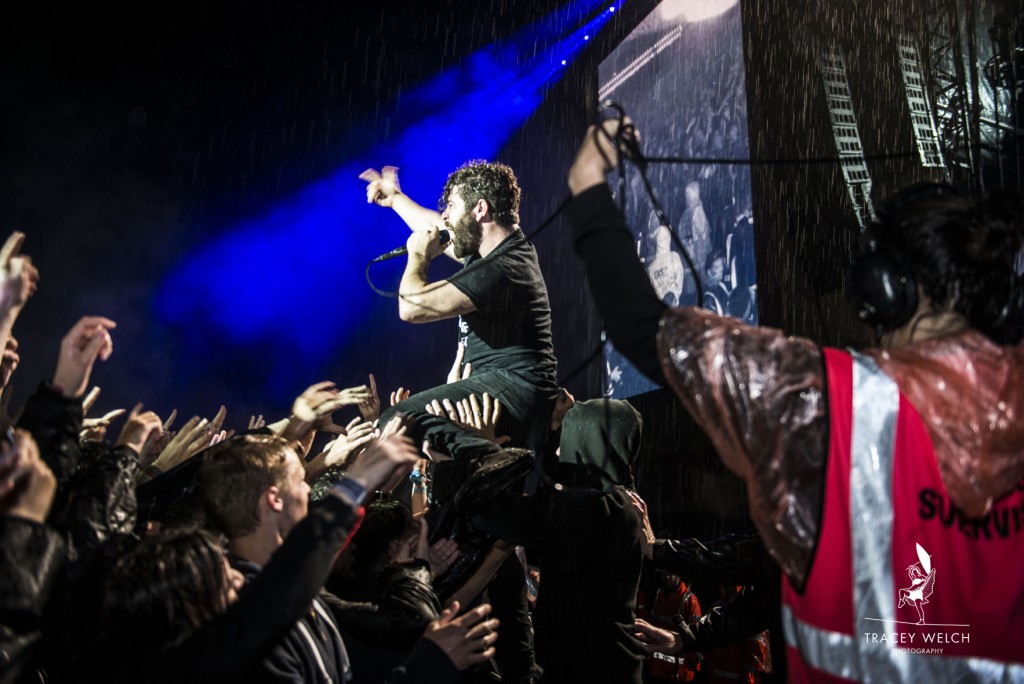 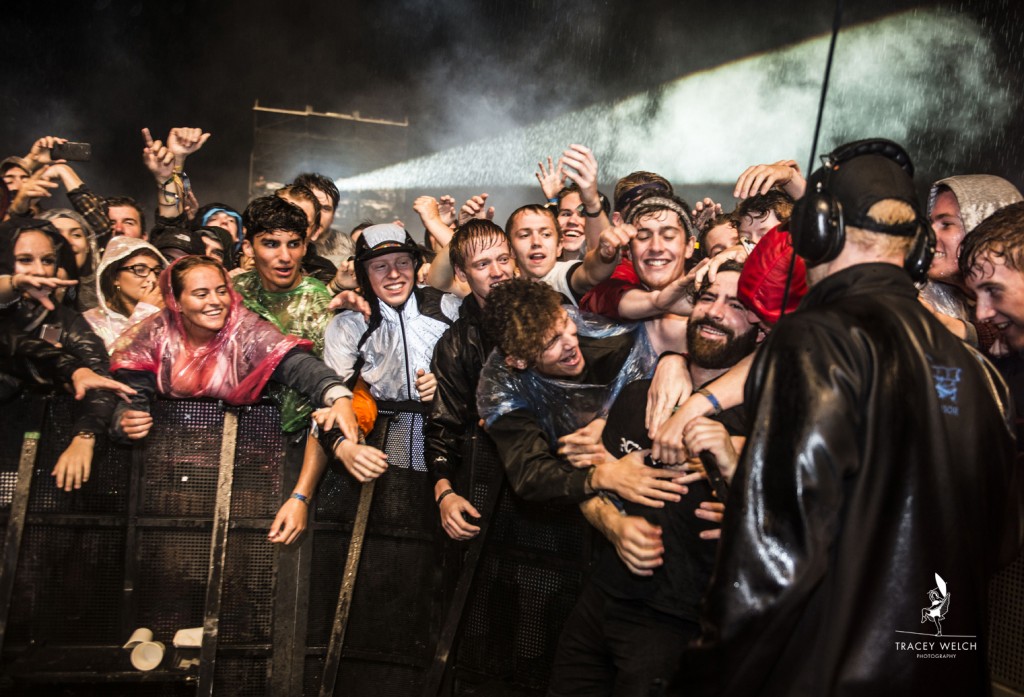 I was there for the last three songs of the Foals’ set which was really great as it gives a different perspective on the gig. Even with the rain making photography really difficult, it was fantastic seeing this band help to close out the Saturday night in such style. You can see how much the crowd – and frontman Yannis – are loving it! 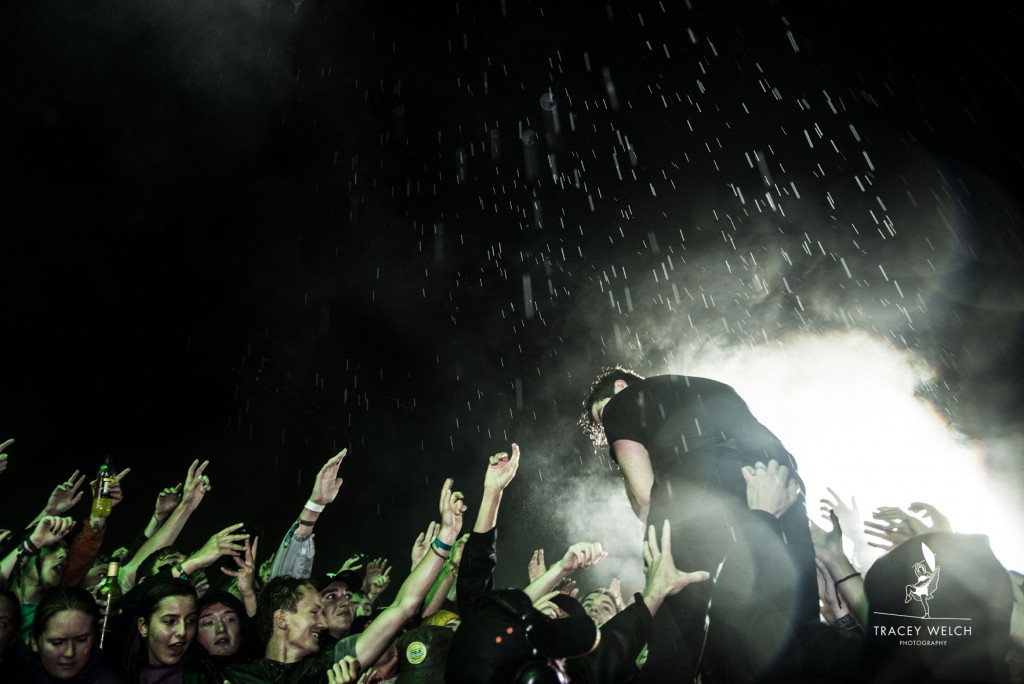 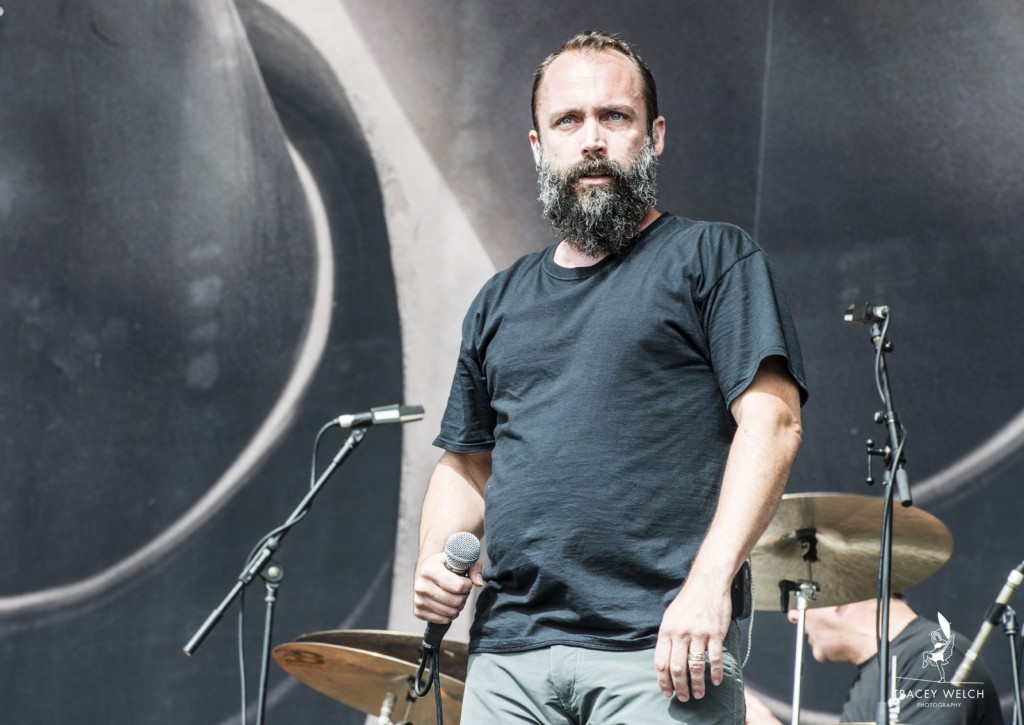 Clutch started my Sunday well. I love catching the moment when a performer is still, just looking out into the crowd, surveying the scene. 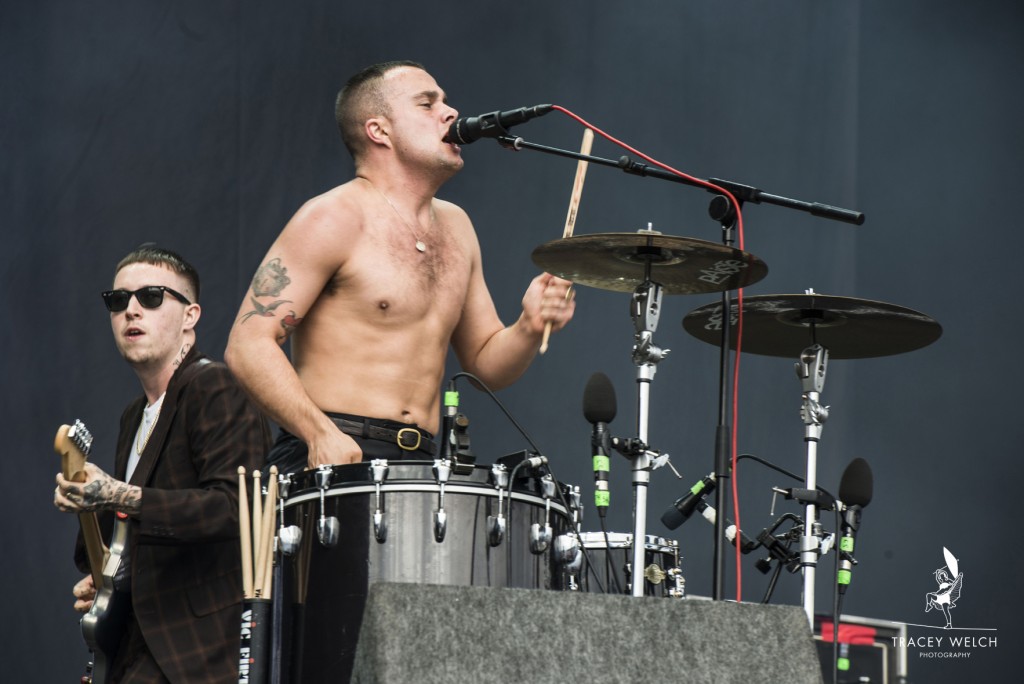 And on to the mighty Slaves. These two are just amazing on stage, I always enjoy watching them and taking their photos. Q posted this shot to social media, too! 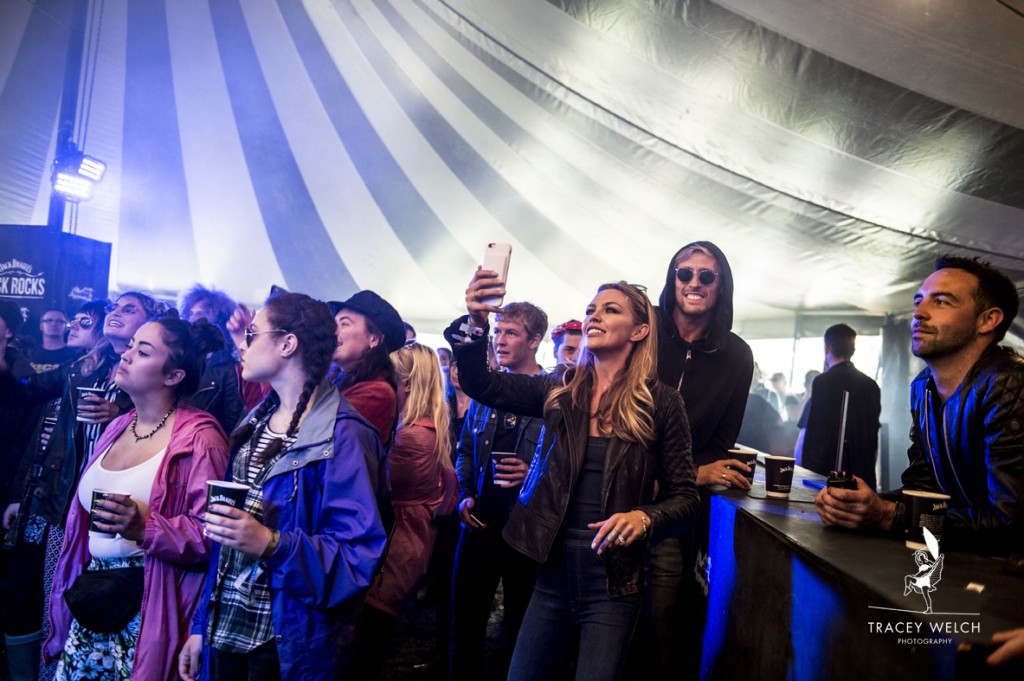 Good to see a few stars in the Jack Rock tent crowd! Abbey Clancy’s brother is frontman from the band Judas, so she and her footballer husband Peter Crouch were there to cheer them on. 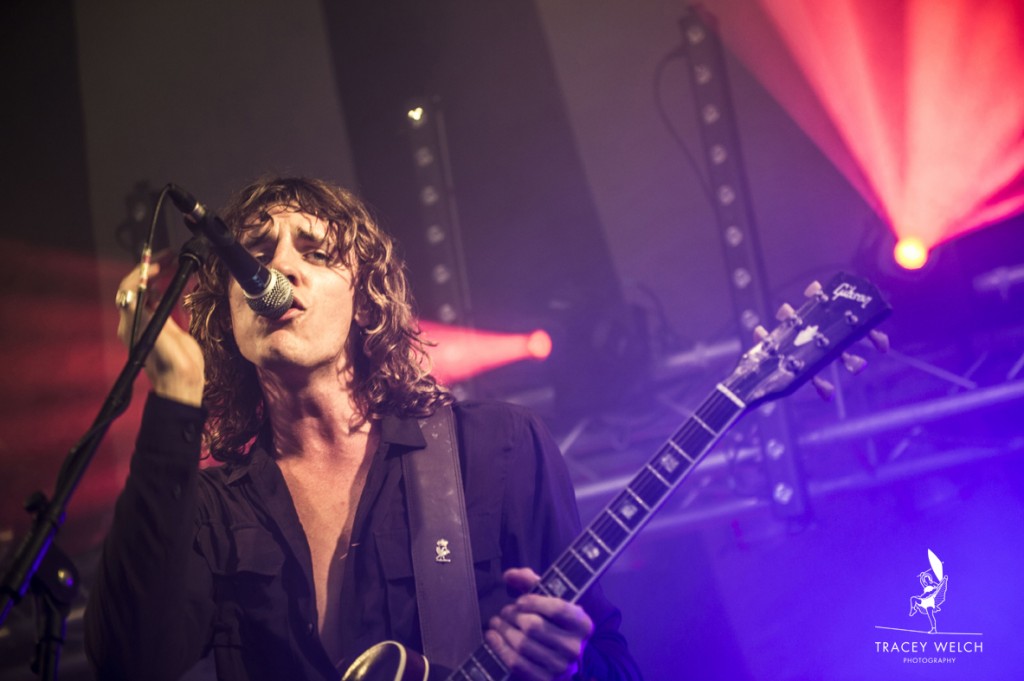 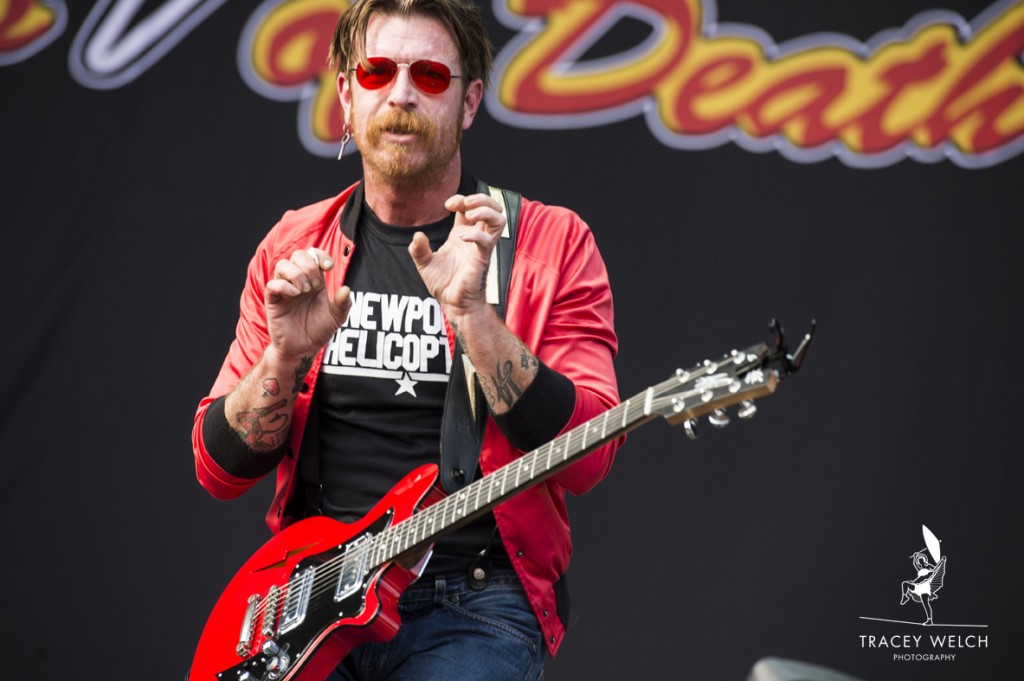 Eagles of Death Metal – brilliant as ever! What I did miss this year was Jesse hanging out with everybody backstage, like he has done in the past. We have had some real laughs. 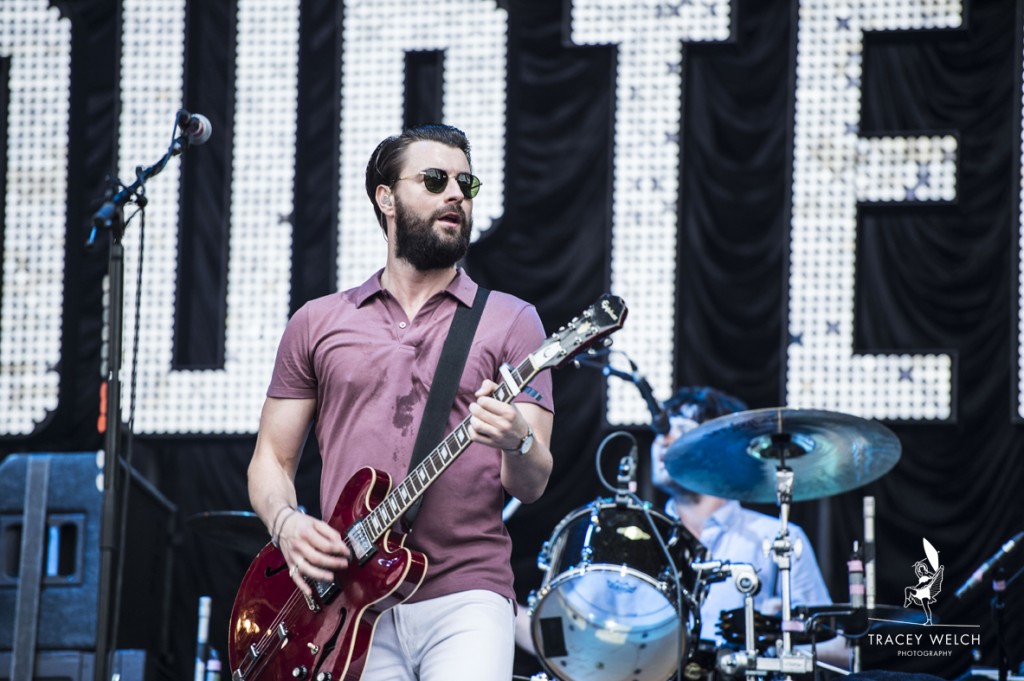 It is a long time since I photographed the Courteeners in Manchester, so it was absolutely great to see them again at Leeds this year. The crowd were loving every minute of their gig too. 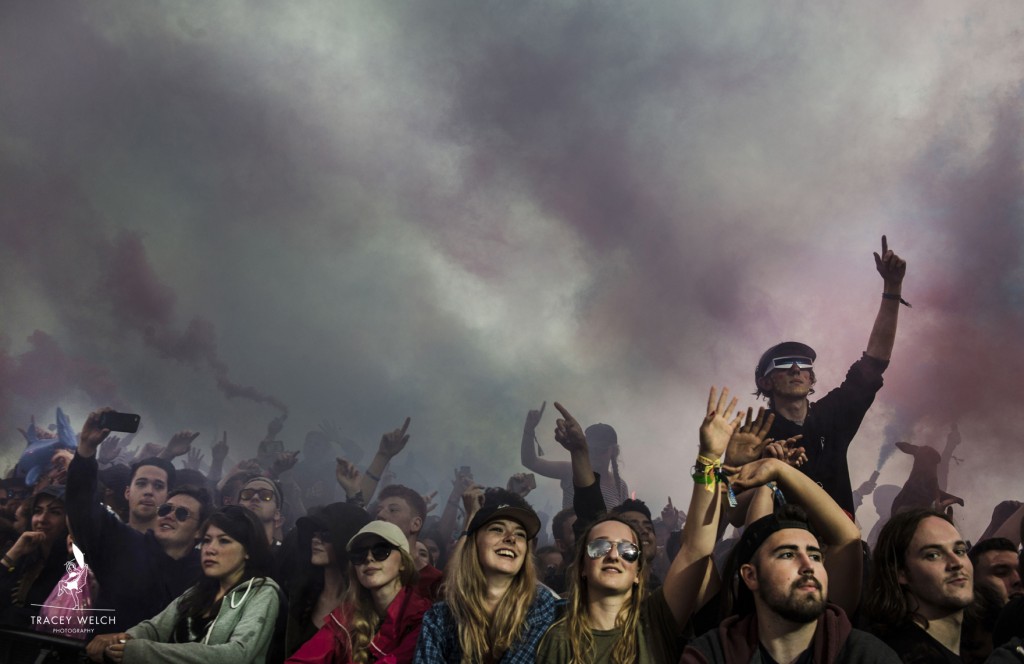 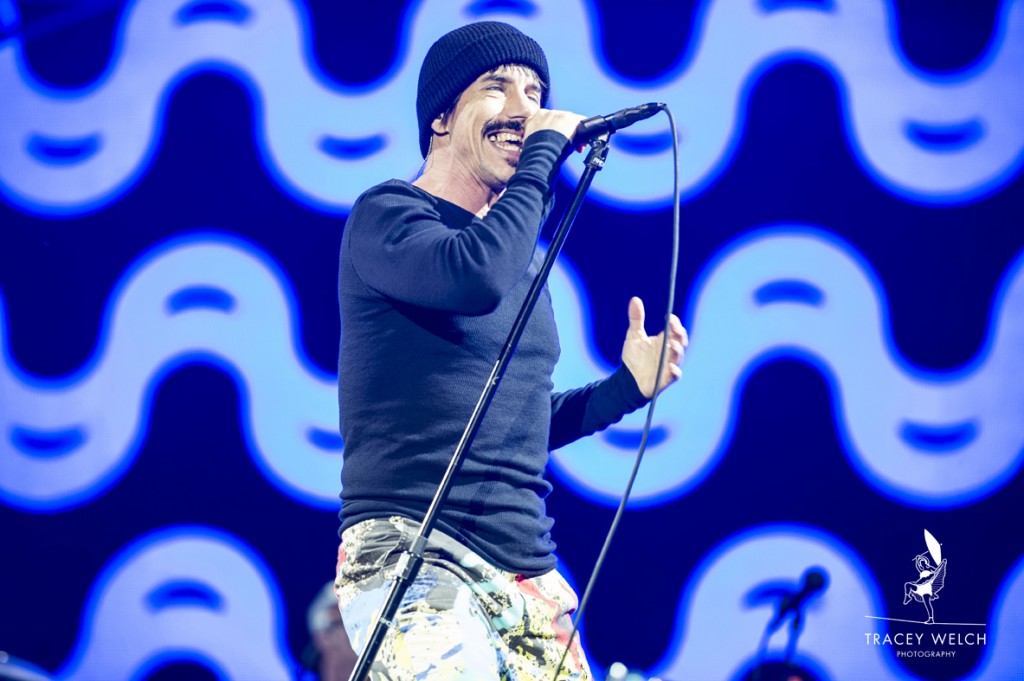 The Red Hot Chilli Peppers finished off the festival on Sunday night, and they were just fantastic! This was the best choice to close this year’s festival, without a doubt. Already looking forward to next year!