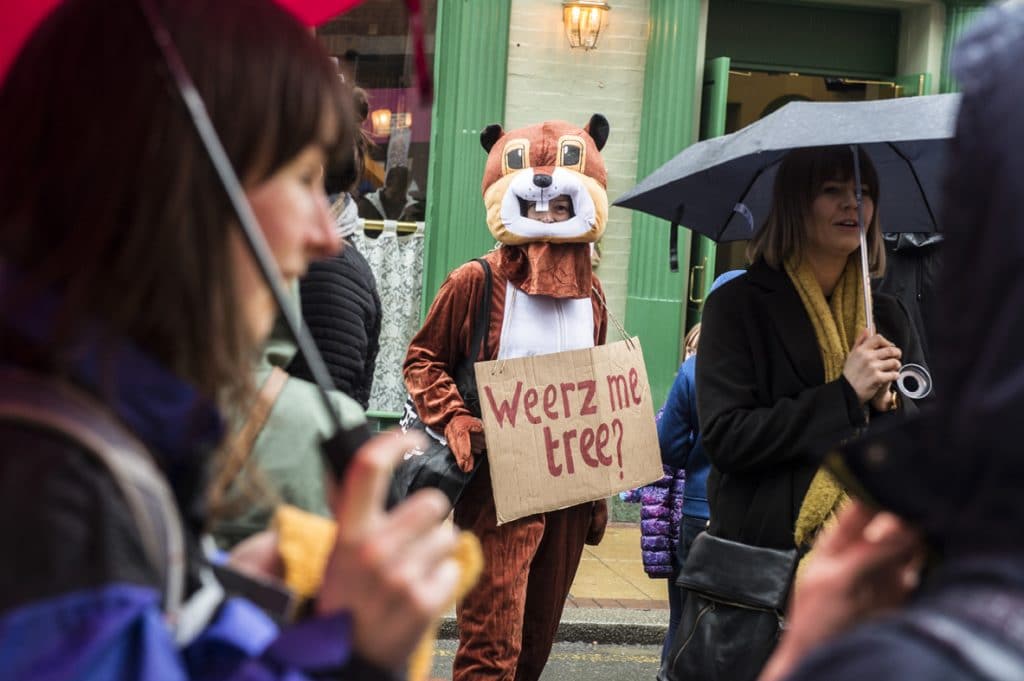 Saturday, April 7th and the latest episode of Sheffield’s ongoing tree saga. For anyone who has missed the story, Sheffield has a long standing issue with  pot-holed roads. Last year, Sheffield City Council signed a £2.5bn contract with Amey to sort out the problem. Unfortunately, one aspect of Amey’s strategy is to cut down thousands of the trees which line and characterise the cities neighbourhood highways and byways. And that’s where this ongoing dispute began.

Sheffield was once known as Europe’s greenest city. Whilst there’s recognition that some, well established trees are creating an access problem on pavements for some sectors of the population, there’s a huge resistance to Amey’s, and the council’s wholesale tree-felling plans. The strategy appears to have been developed without proper and transparent public consultation, many of the trees earmarked for felling do not seem to conform to the ‘diseased or dangerous’ criteria outlined, and some were planted as a memorial to the local men who died in two world wars. In short, public perception is that this is a cost-cutting exercise pushed through under the guise of improving public access and safety.

So, on Saturday, Pulp frontman Jarvis Cocker and Green party campaigner Natalie Bennett, joined STAG (Sheffield Tree Action Groups) and hundreds of protestors, marching on the council with the message of ‘Get off my tree’. It was a very peaceful protest, with a great sense of solidarity and community. The majority of people were there because they feel it’s just not fair to use their council tax contributions to pay for something that will effectively cut through the heart of Sheffield. Yes, saplings will be planted to replace many of the trees but it will take decades before Sheffield reclaims its green heritage and character. Looking around it was hard to believe that there have been numerous arrests along the way, including parents, pensioners and local residents who objected to the chainsaws firing up outside their homes at 4am in the morning. But judging by the energy and commitment demonstrated, including the appearance of a rare red squirrel, it’s fair to say that this battle is far from over. 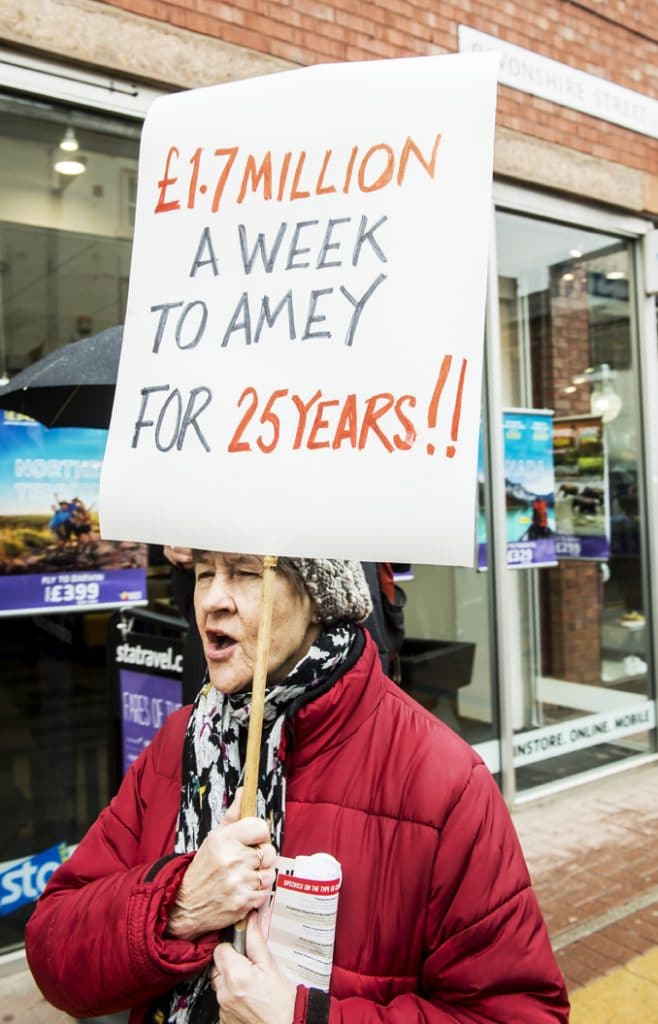 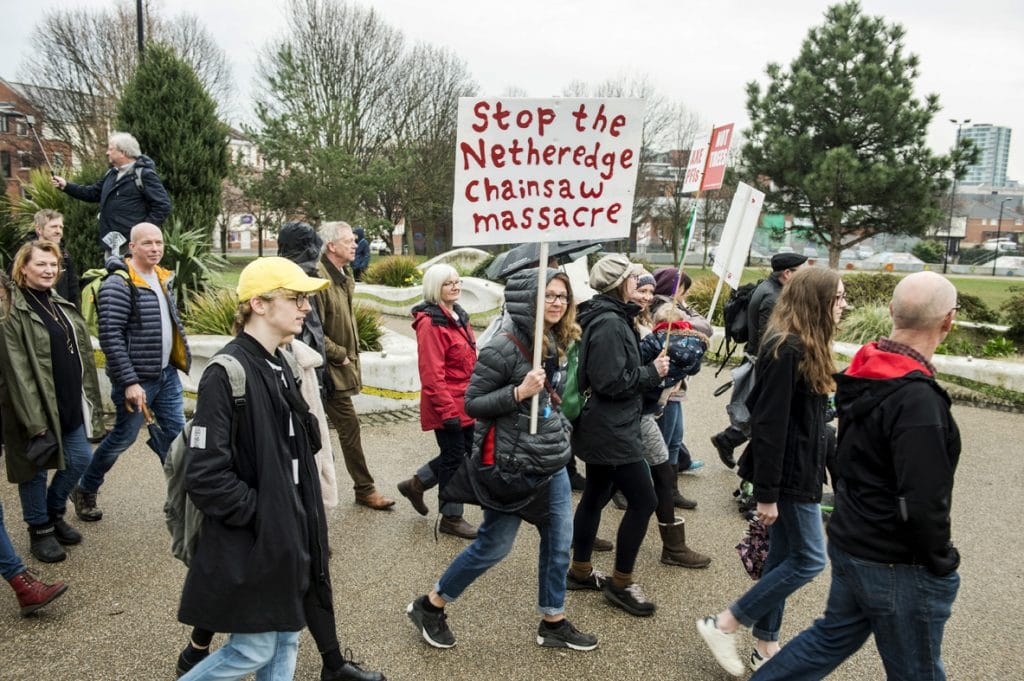 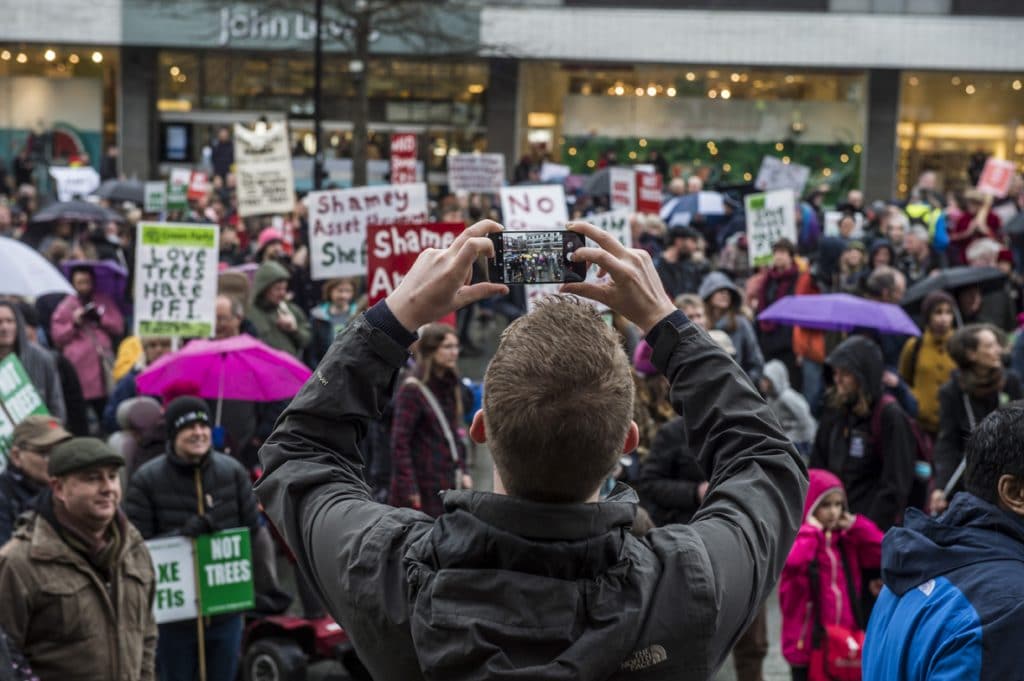 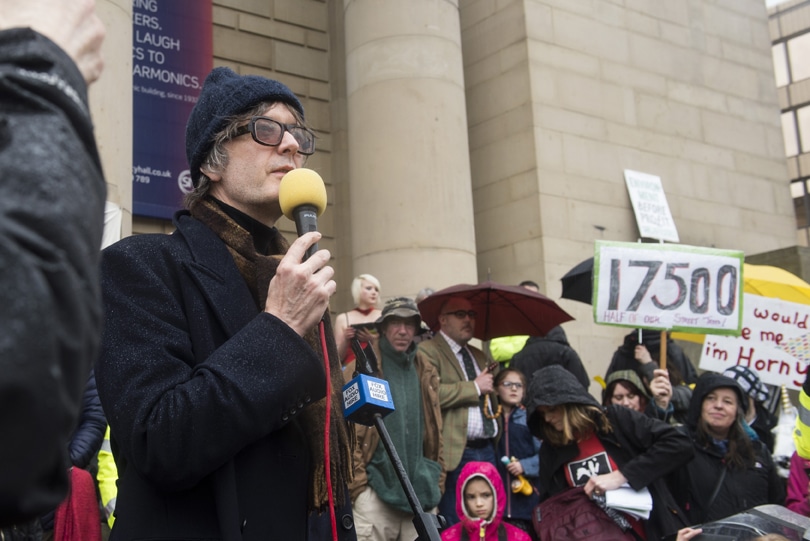