Thanks to my mates Rachel Brown (my N-Photo Apprentice) and author/broadcaster Rob Fiddaman, I recently found myself at Opium-No 10, an “indie cocktail bar”, photographing the Barnsley leg of Alan McGee’s ongoing UK tour. Alan is widely credited as the architect of the Manchester music scene, the man behind Creation Records, Oasis and Primal Scream. The Q&A was peppered with a million and one music references, entertaining anecdotes, industry insights and political comment. McGee is engaging, interested and full of energy.  In an honest reflection of the rock’n’roll life he’s led, the conversation pulled no punches.  Like many people in the audience, I left wanting more of the Alan McGee experience. So, a few days later was I heading to Chesterfield’s Proact football stadium for a second helping. 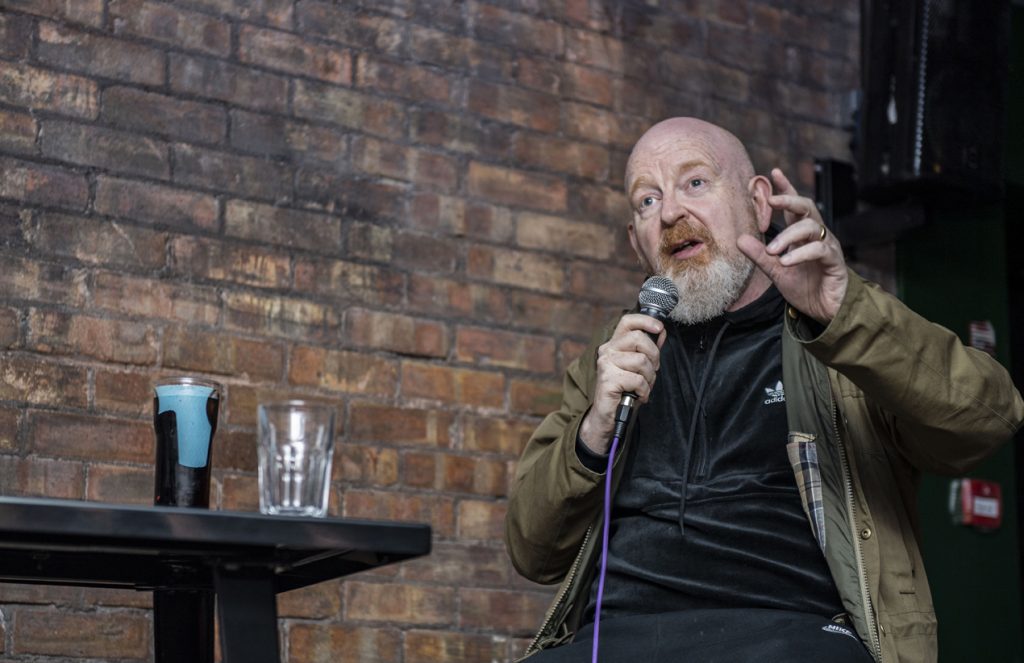 Another day, another equally fascinated audience and Alan was off again. The Glaswegian is as enthusiastic about the industry as he ever was and is arguably just as involved, with the launch of his latest label, Creation 23 and ongoing management of bands including the Happy Mondays.

If that wasn’t enough, there’s about to be a movie, with Danny Boyle and Irvine Welsh renewing their Trainspotting partnership to bring this endlessly colourful story to life on screen. With Nick Moran of Lock Stock directing, it promises to be a rollercoaster of a ride and personally, I can’t wait. 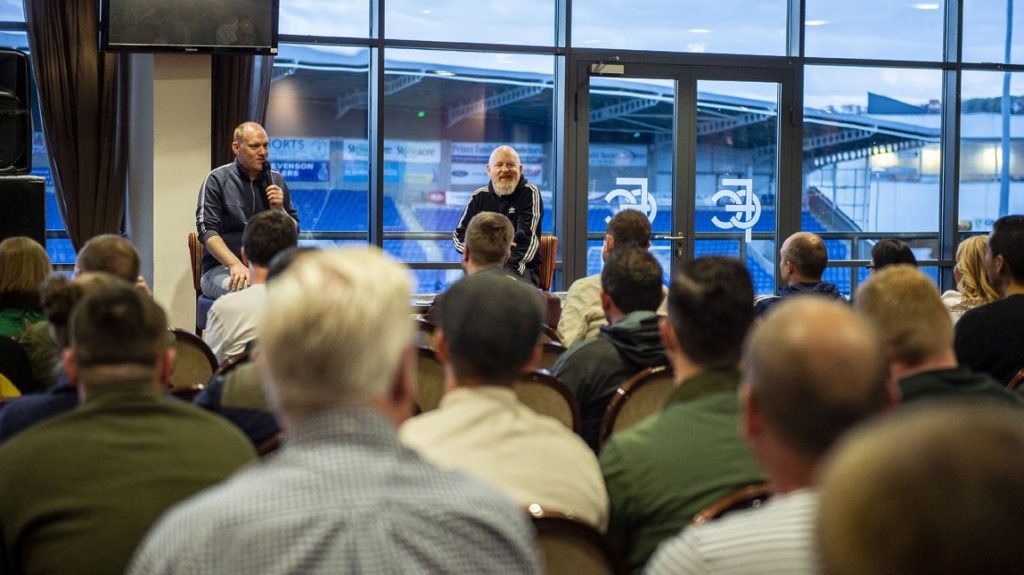