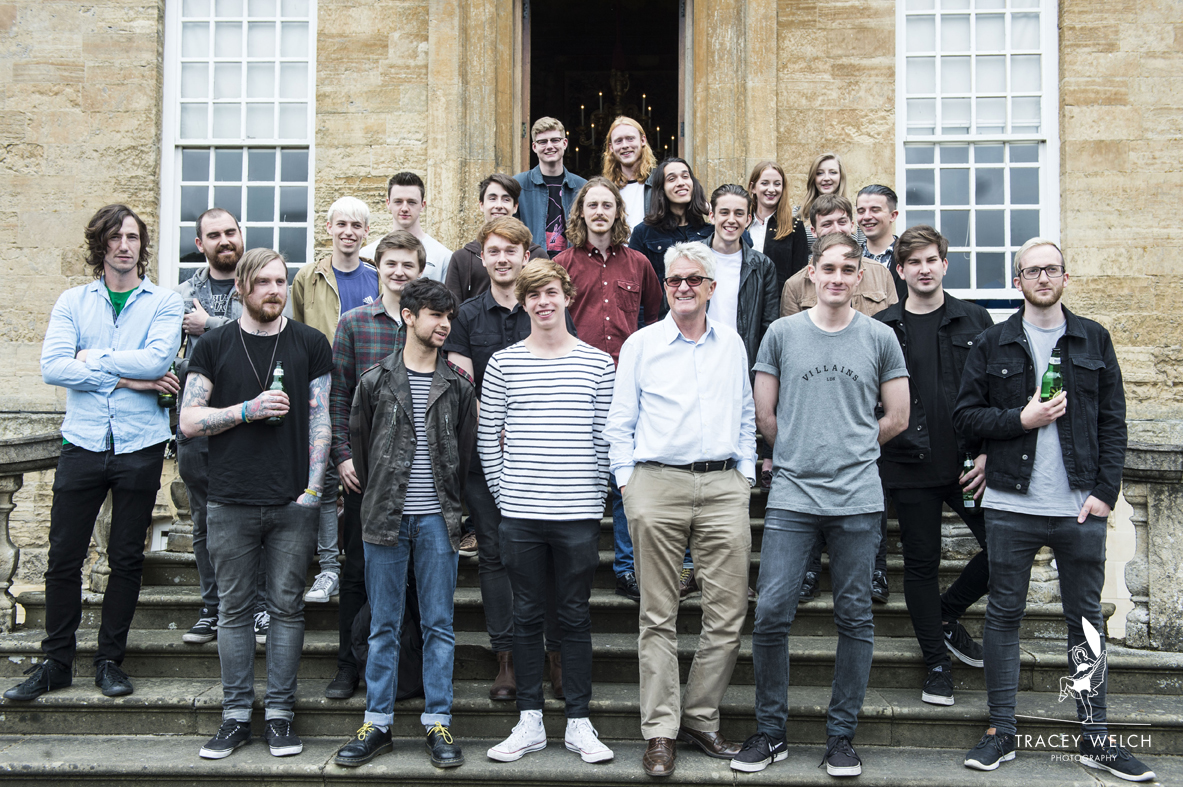 August is here, and so is the Leeds and Reading Festival. Well, almost…! I have been over the moon to be able to attend the northern leg of the event for over ten years now, and this time is no different, with some cracking bands on the line-up I can’t wait to catch – definitely Foals, Disclosure and Biffy Clyro amongst them, and of course, the wonderful Red Hot Chilli Peppers.

The Zeitgesit Agecy has been heavily involved in promoting the event year on year, and this week, APB’s PR Gordon Duncan asked me along to their pre-festival press day, to meet some of the bands who’ll be there plus those responsible for putting on such a mammoth weekender.

Melvin Benn, Director Festival Republic (who put on so many festivals, it isn’t funny…), was the first to give a warm welcome to all at Bramham Hall and talk us through what he expects to be this year’s highlights. He is so enthused about the music; you probably have to be if you’re going to be in this game as long as Melvin! Although its great to hear him speak with such passion about the event which has become one of his company’s biggest and most successful music-fuelled parties.

Many festivals now try to help up and coming bands to find a spotlight, and Leeds Reading is no different. A couple of competitions are run by Centre Stage and Futuresound, and the winners get to play at both the Leeds and Reading venues over the course of the weekend. What a pleasure to meet, chat with and photograph some of these bands today, most of whom have been on the local music circuit for less than a year – and now, about to play on stage at Leeds Reading! You can only imagine how they are feeling right now. There was definitely an over-excitable vibe around Bramham Hall! 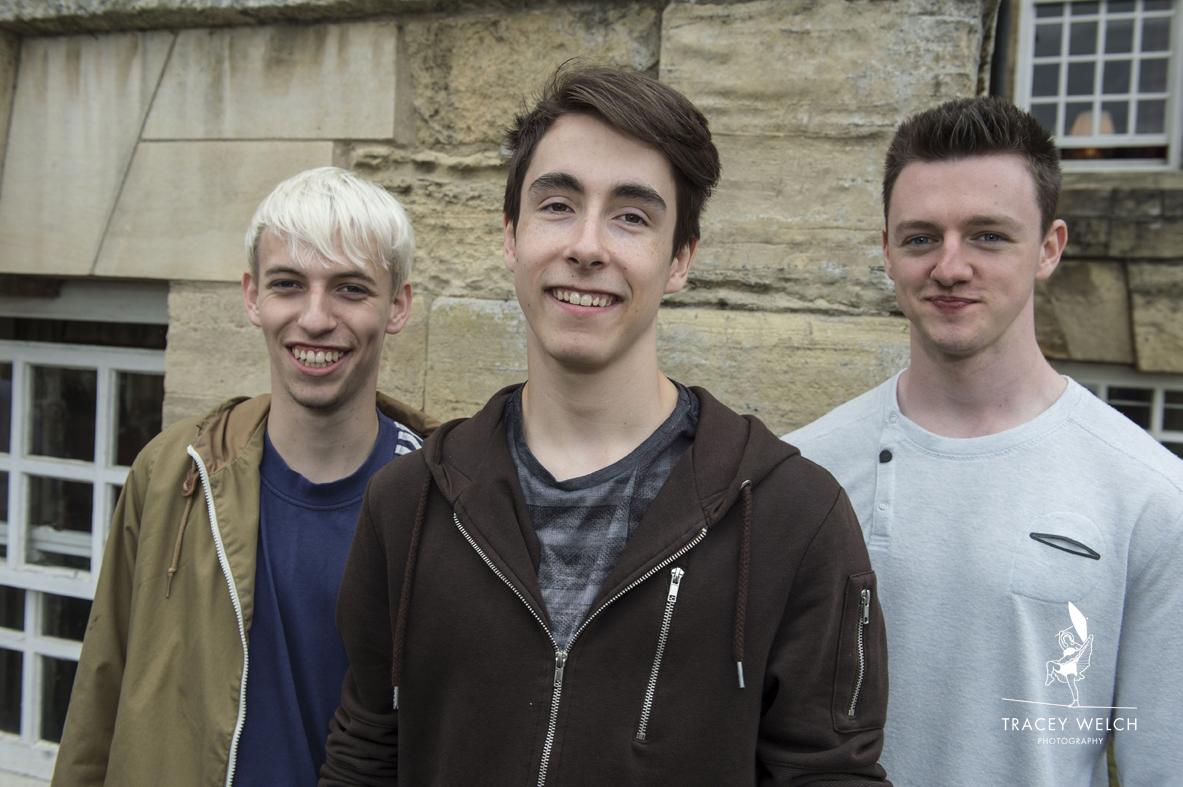 The Indigo Project, from Leeds, are usually a five-pack but here they were reduced in numbers thanks to work and holiday commitments. The lads are still buzzing from a cracker gig last weekend, when they played before veterans Shed Seven and Ocean Colour Scene in Leeds’ Millenium Square. Self-proclaimed Foos influenced, they’re worth a listen to this August bank holiday. 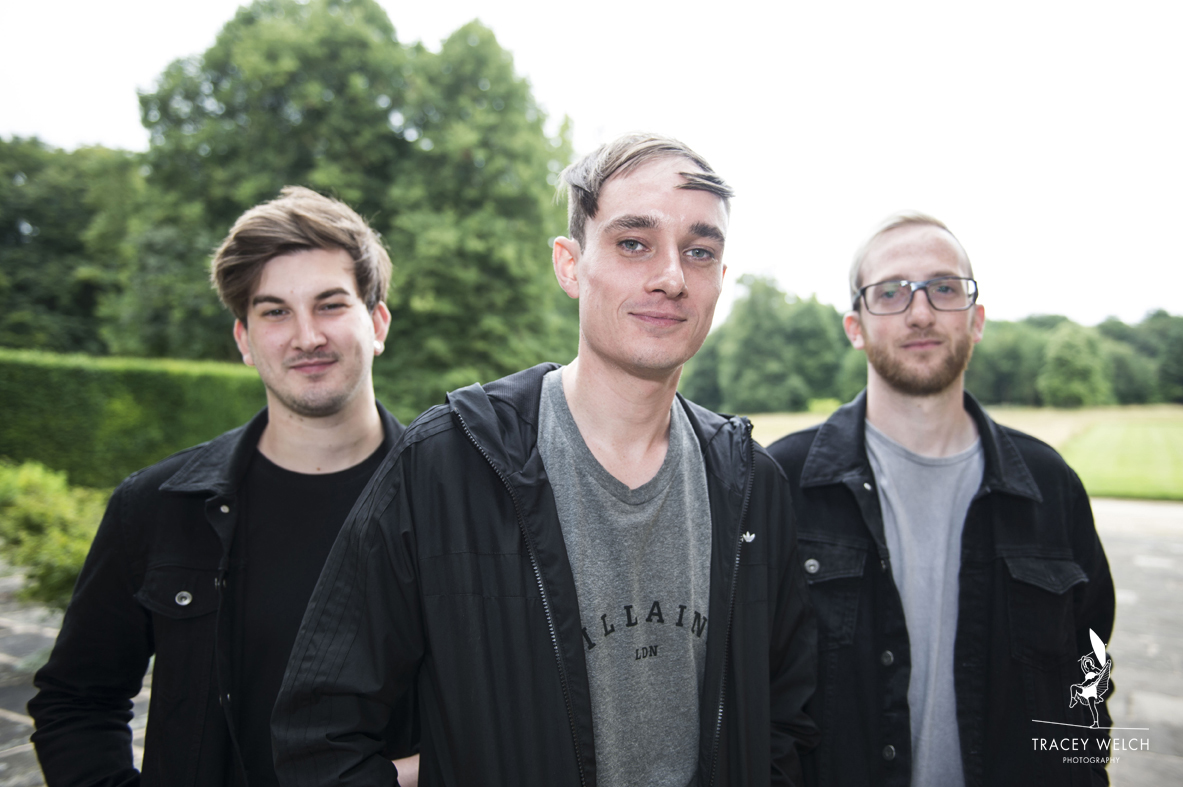 Vexxes, also from the Leeds area (and missing a band member thanks to his being on holiday!), have only been playing together for eight months and so playing the Leeds Reading Festival has blown them away. They cite Don Broco as a key musical influence, so I’m expecting a nicely popped-up rock sound to have a bounce to when they play Leeds Fest. 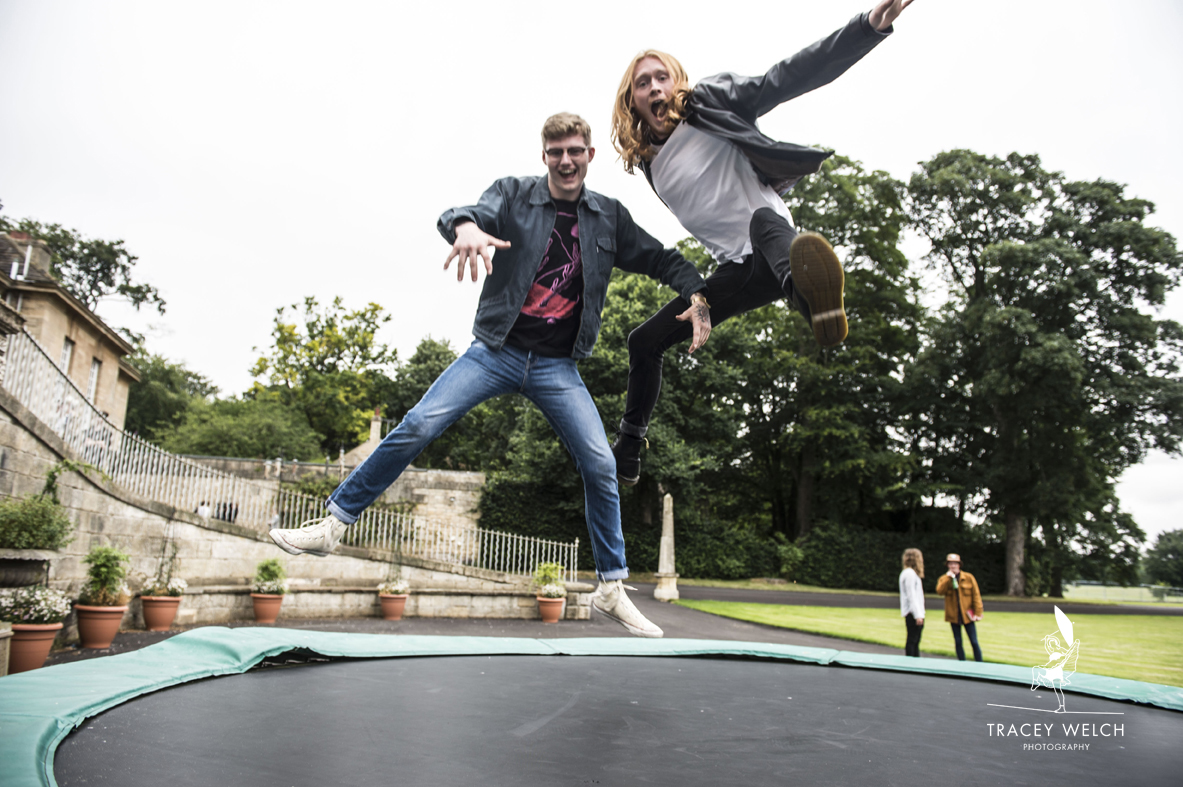 The Night Owls will be awesome to see. They’re only two, but with a fast and loud Grunge sound about them, they have the presence of many. And they love salad and chocolate brownies too – what’s not to like about them?! 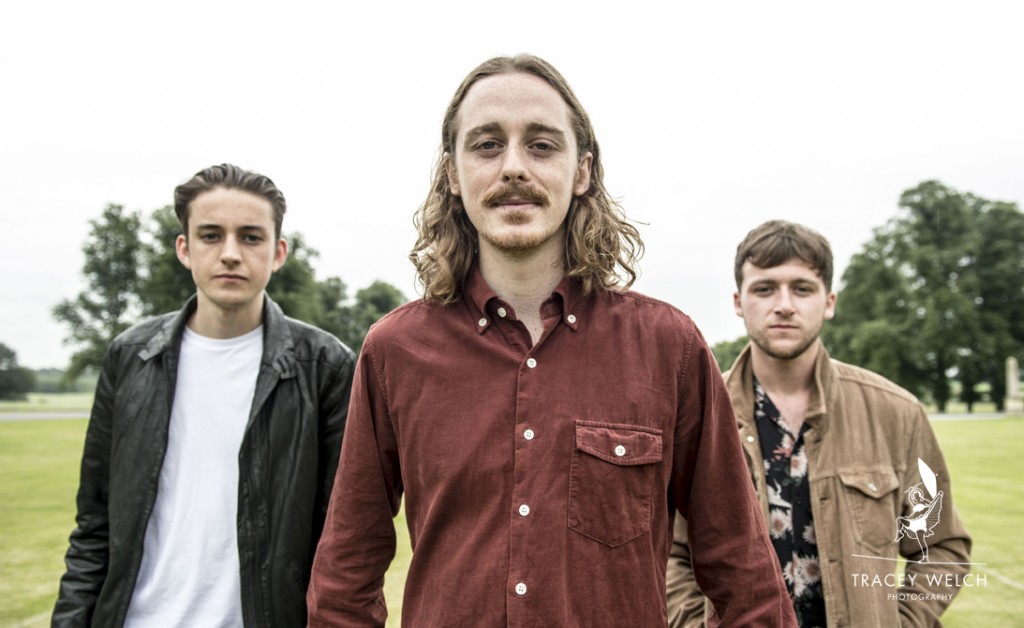 Leeds five-piece Alt Rockers Fighting Caravans get to play the Lock Up Stage at their home ground on the Friday. They’re no strangers to festivals, in fact they had a spot during Live At Leeds earlier this year, although its safe to say they’re just a teeny bit excited about the Leeds Reading opportunity! 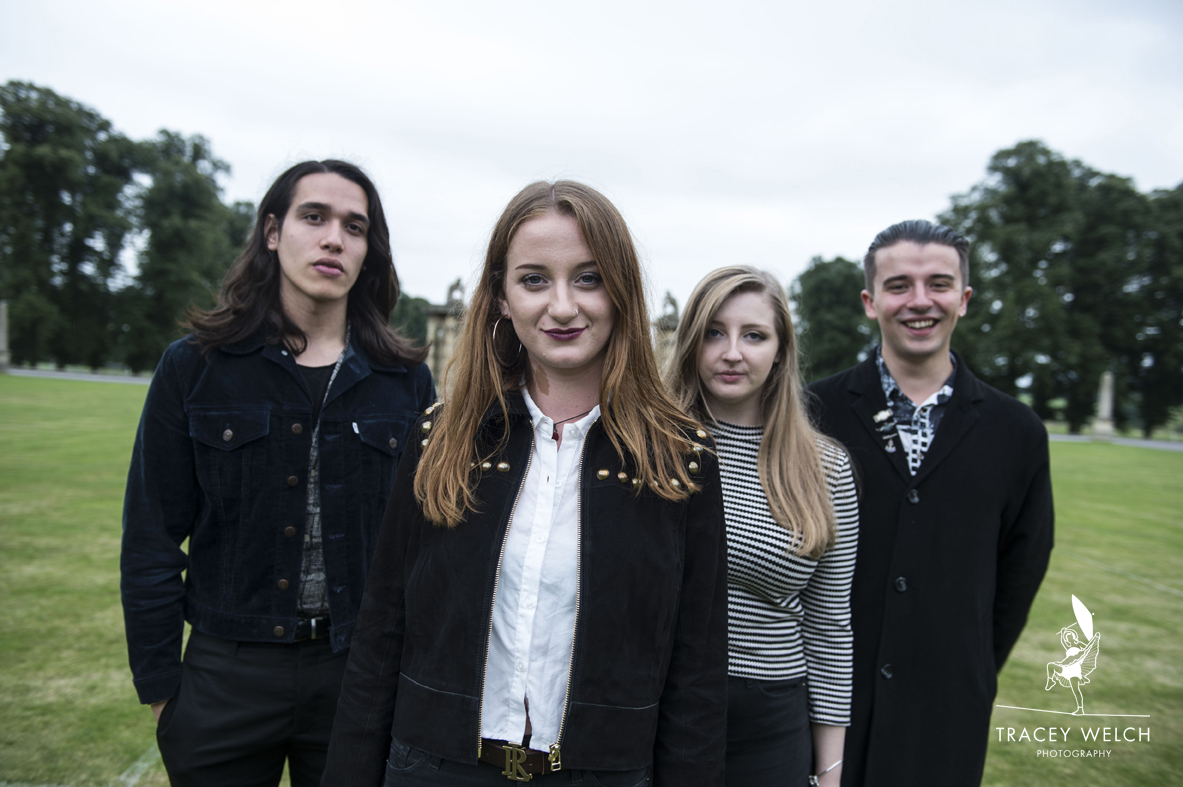 I didn’t get to chat much with Dusk, although long enough for them to mention the Leeds Festival gig is only their tenth… Another local band wo have made it big in no time at all! I think their female-led Trip-Hop sound will be well received.

York lads Faux Pas were outright winners of the Centre Stage competition, which is run by local charity Martin House and is all about giving an opportunity to young people to show off their musical talent. They bang out Indie-Punk in a Libertines style and, according to the band, have gone from playing “weddings to Reading” in a year and a half. Top job! 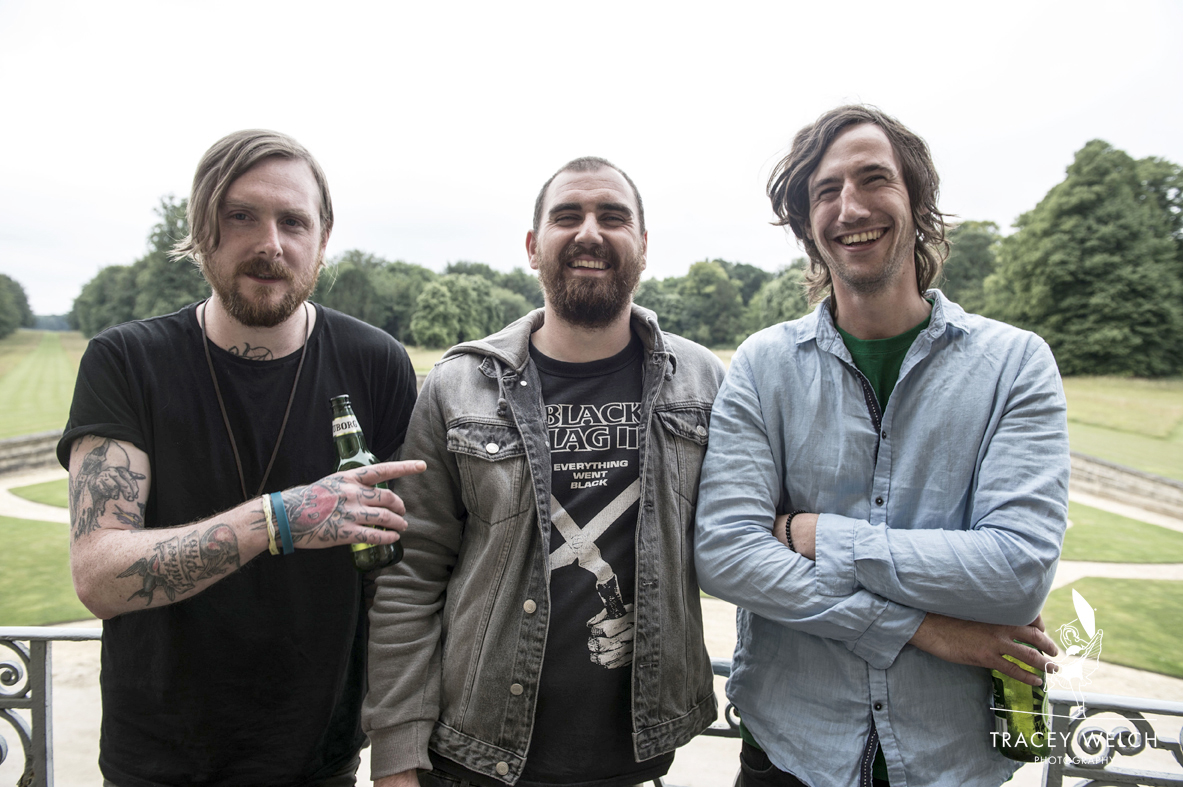 Adore // Repel were the only stalwarts here it seems. How lovely to meet them, too, a bunch of lads from Wakefield who have been plugging away for some ten years now, and finally see themselves on the Leeds Reading Festival bill! Just a little bit excited, they are, too! Pitching themselves as a kind of DIY rock (think Fugazi) with a sound like The Cure, they are not to be missed in my eyes. 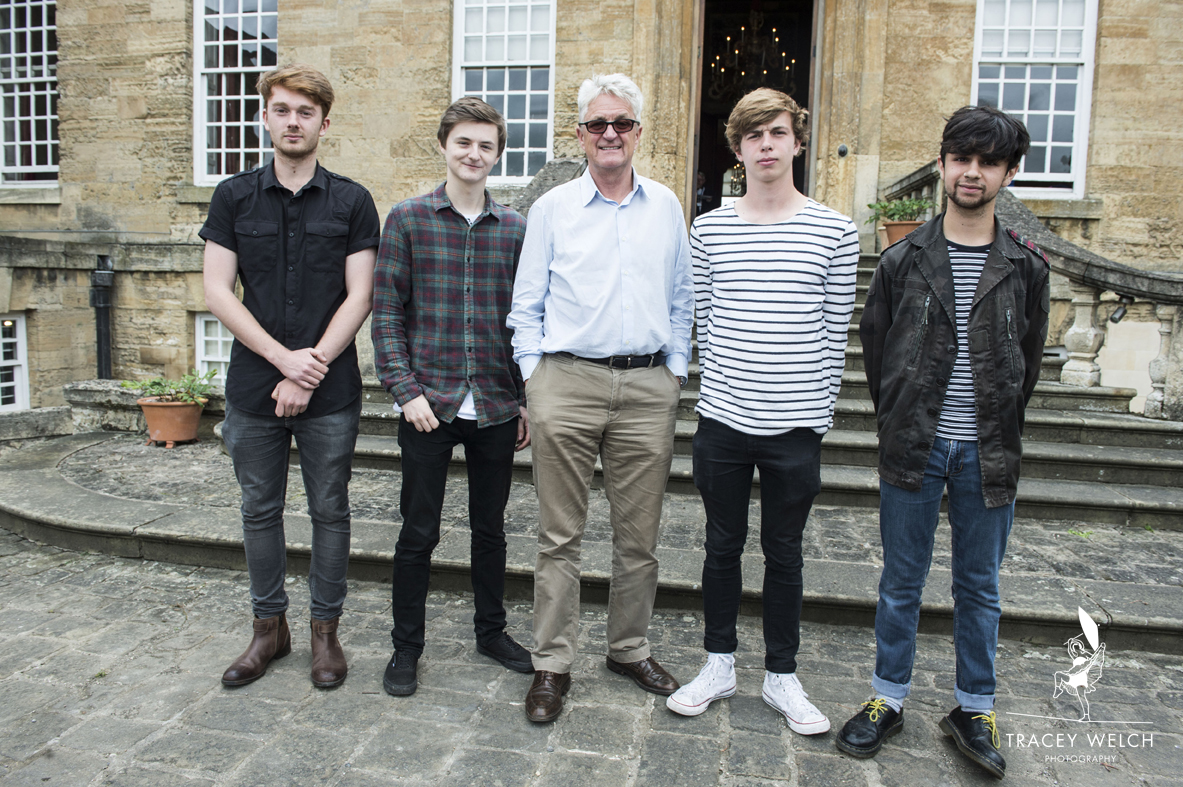 What an absolute pleasure to meet Melvin Benn, and hear his tales of festivals gone by – like hitch-hiking to Reading in 1972 – as well as his tips on this year’s must see bands like Foals and Disclosure, both of whom he sounds genuinely excited to watch! It’s also lovely to hear his thoughts on each festival venue; Reading has its nostalgic pull for Melvin, where as Leeds lies in his home county and as such, it will forever hold a place in his heart. He sees no likelihood of a move from Bramham Park, either, which has become a part of the Leeds leg of the festival just as much as the festival has become a part of Bramham Park; estate-owners Nick and Rachel Lane Fox, both at tthis event, clearly enjoy the weekender as much as the rest of us do. But perhaps the most poignant of Benn’s messages, is that he believes the event is still to reach its peak. If he’s right, which his experience of festivals would suggest that he may well be, then we are in for an absolute smasher of a do when that happens!