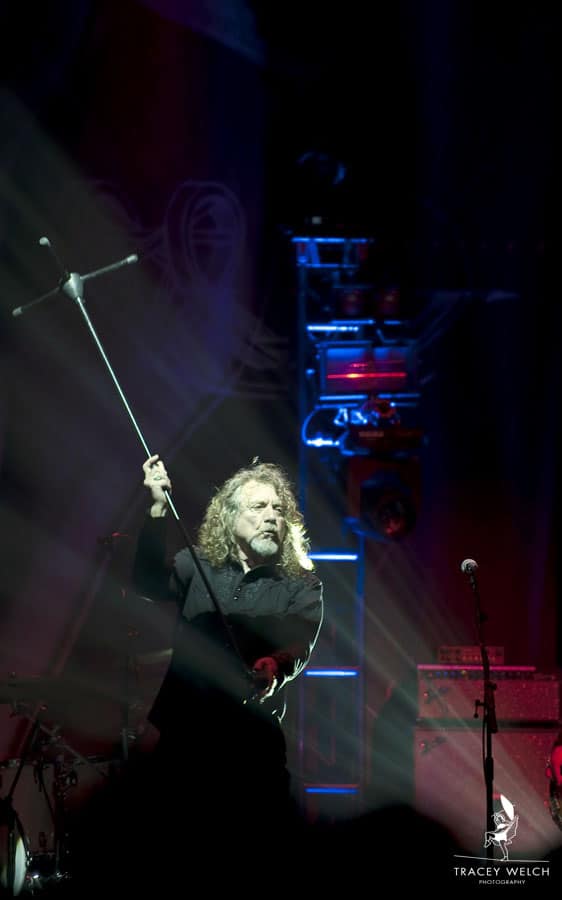 Strangely enough I’ve never photographed Robert Plant before despite the fact that his tour manager of nine years, Gary, is an old mate from back in the day when he was with the Magic Numbers. Needless to say I was quite excited and a wee bit surprised when I heard he was playing Leeds Academy. I met up with Gary beforehand to look at the viewing options and with no pit access it was just as well.  There were just two of us taking pictures and I certainly wouldn’t have fancied taking my chances fighting for space in the balcony which was literally rammed to the rafters. Fortunately Gary cleared it with the lighting guys for me to perch on their platform next to the sound desk.  We were still a fair way back from the stage but at least I got a decent shot over the crowds.  The only issue was that once I was there I wouldn’t be able to move so after three songs I’d just have to pack away my camera and sit tight ’til the end of the gig…tough break having to sit through a Robert Plant gig I know and he really didn’t disappoint. 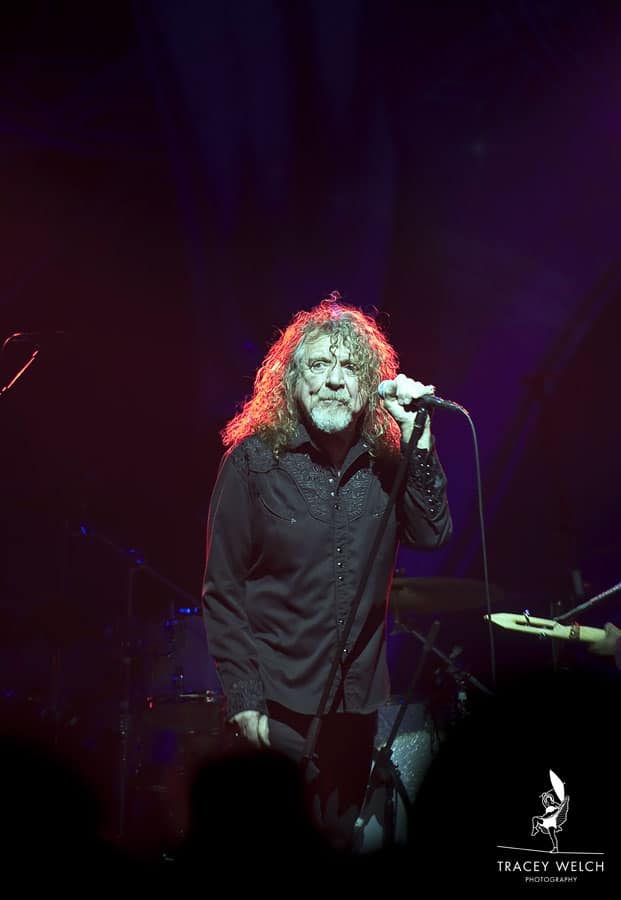 It’s rarely that I don’t get bored at a gig when I’m not taking pictures but the time flew and he left me and everyone else wanting so much more.  He took time to introduce us to his band and did a brilliant mix of everything – from your favourite Led Zeppelin tracks to more folky stuff and everything in between.   Two added bonuses…the crew lent me a chair..thanks guys, much appreciated..and I got to go to the after show party.  Sadly, all I could think of to say to the man himself was – “thanks, I had a brilliant time”. And with a quick “Cheers luv” he was off to mingle, family in tow. Cunningly Plant name checks Radio 2’s Ken Bruce at every gig, fans tweet Ken to tell him, then Ken feels obliged to play another of his songs and I get to relive the moment on a daily basis. Life is good.