So, having entered the world of stroboscopic photography with drummer Rich Westley, we were keen to delve a bit further, exploring other areas of music, other instruments and what stroboscopic imagery reveals about the process of making music. 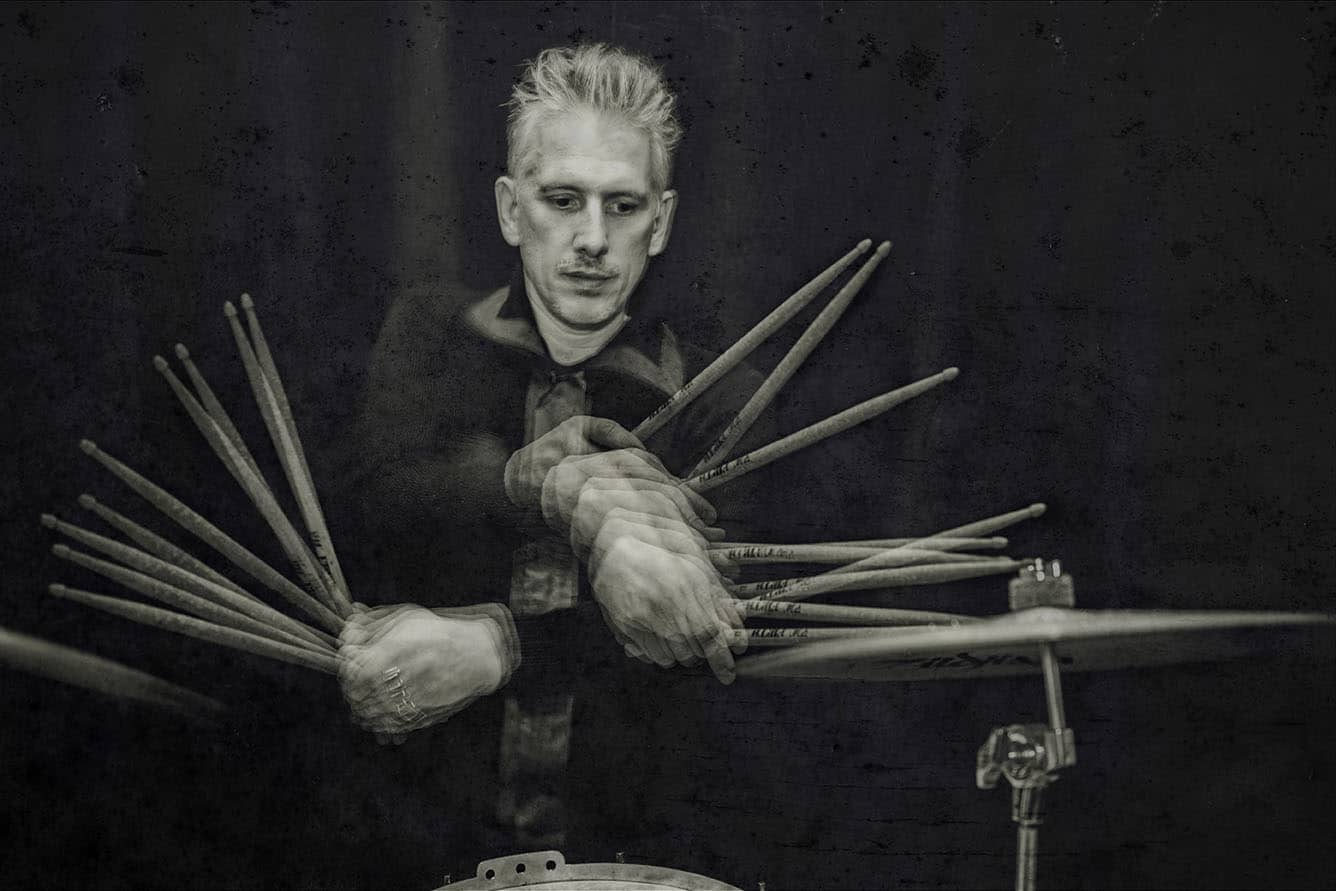 Cue, the Theremin…if the name isn’t familiar to you the sound of this particular instrument almost certainly will be. In the 50s and 60s, the Theremin set the tone for many of our favourite sci fi movies and its unearthly electronic tones also play a lead role in the Beach Boys’ ‘California Girls’. The name comes from its inventor, Soviet scientist Leon Theremin. In the 1920s, Theremin was experimenting with oscillators when he discovered that with additional circuitry he could produce an audio tone. So, the Theremin, one of the world’s first electronic instruments, was born. The complete back story is actually fascinating. A tale of Soviet espionage at the highest level. What we’re interested in here though is the Theremin, how it’s played, and how stroboscopic photography can help to explore the unique relationship between musician and instrument.

Originally inspired by the likes of Kraftwerk, Eno and Morodo, Artist and producer Dean Honer has worked with many of the names synonymous with the Sheffield music scene, The Human League, Jarvis Cocker, Roisin Murphy, Tony Christie.  He’s been in numerous bands – The All Seeing I, I Monster, Moonlandinz, International Teachers of Pop, The Eccentronic Research Council and Another New Thing. Above all, he has a fascination with electronica and synthesisers. Not surprising then that he should be drawn to the Theremin. “It was always a magical instrument to me – an instrument you could play without touching, conjuring ‘music from the Ether’. The vertical antenna is for pitch – the closer your hand gets to it, the higher the note. The horizontal antenna is for volume – the closer the hand, the quieter the note.”

Dean’s Theremin is a 21stcentury Moog model but he doesn’t claim to be a great exponent. “It’s probably the most difficult instrument on the planet to master. Great players tend to be classically trained on cello or violin as they require a similar playing technique. I gave up trying to play proper tunes on it after a few weeks of practicing. But I can make weird noises and also with modern, studio technology, make it sound pretty good. It’s great fun to play.” 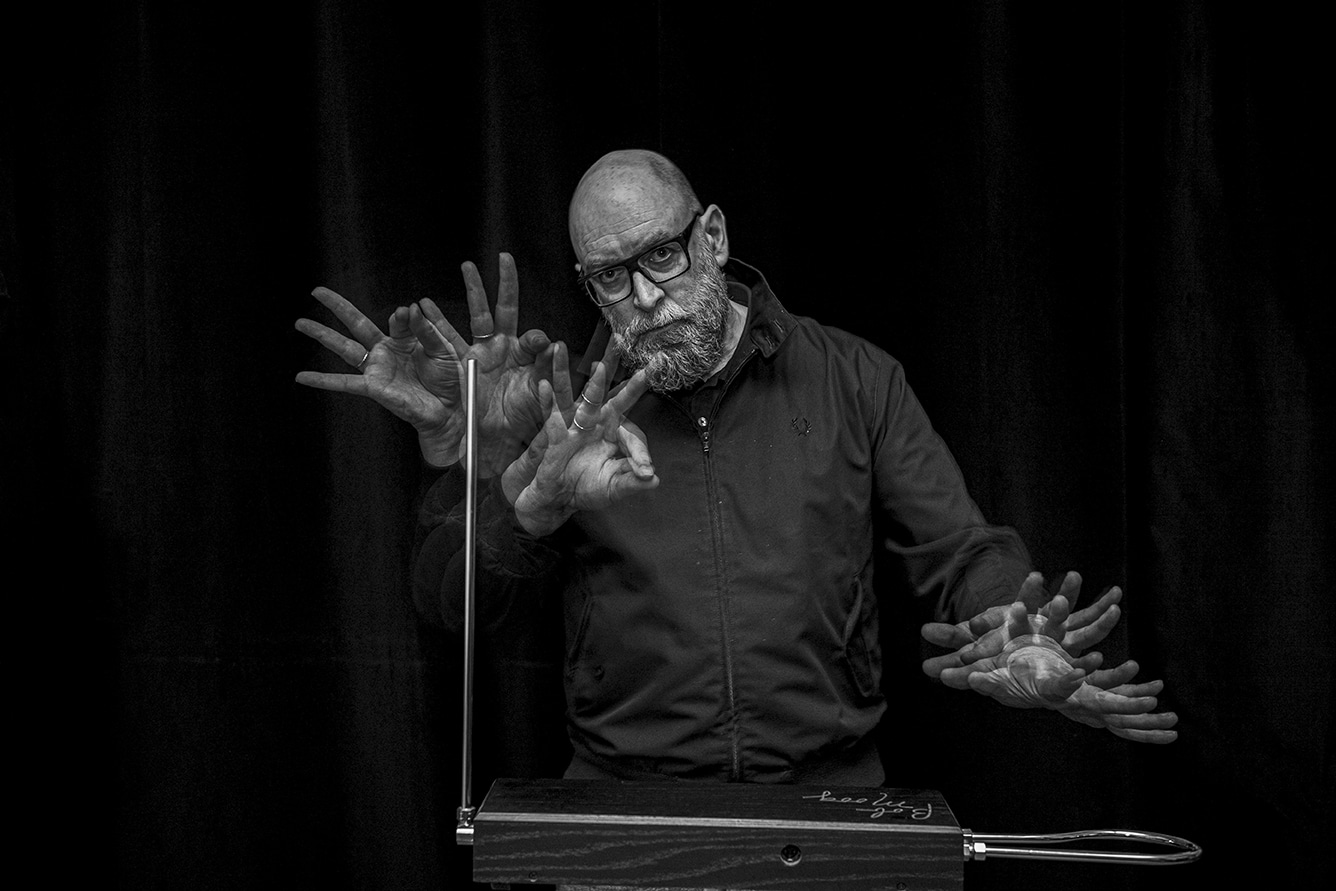 It took a bit of encouragement for Dean to be persuaded into being photographed but fortunately we’d already met and he was familiar with my work. “I don’t really enjoy having my photograph taken, it’s like the photographer stealing your soul 😉. But I found the idea for this project really exciting, so I knew it would be worth the pain!” 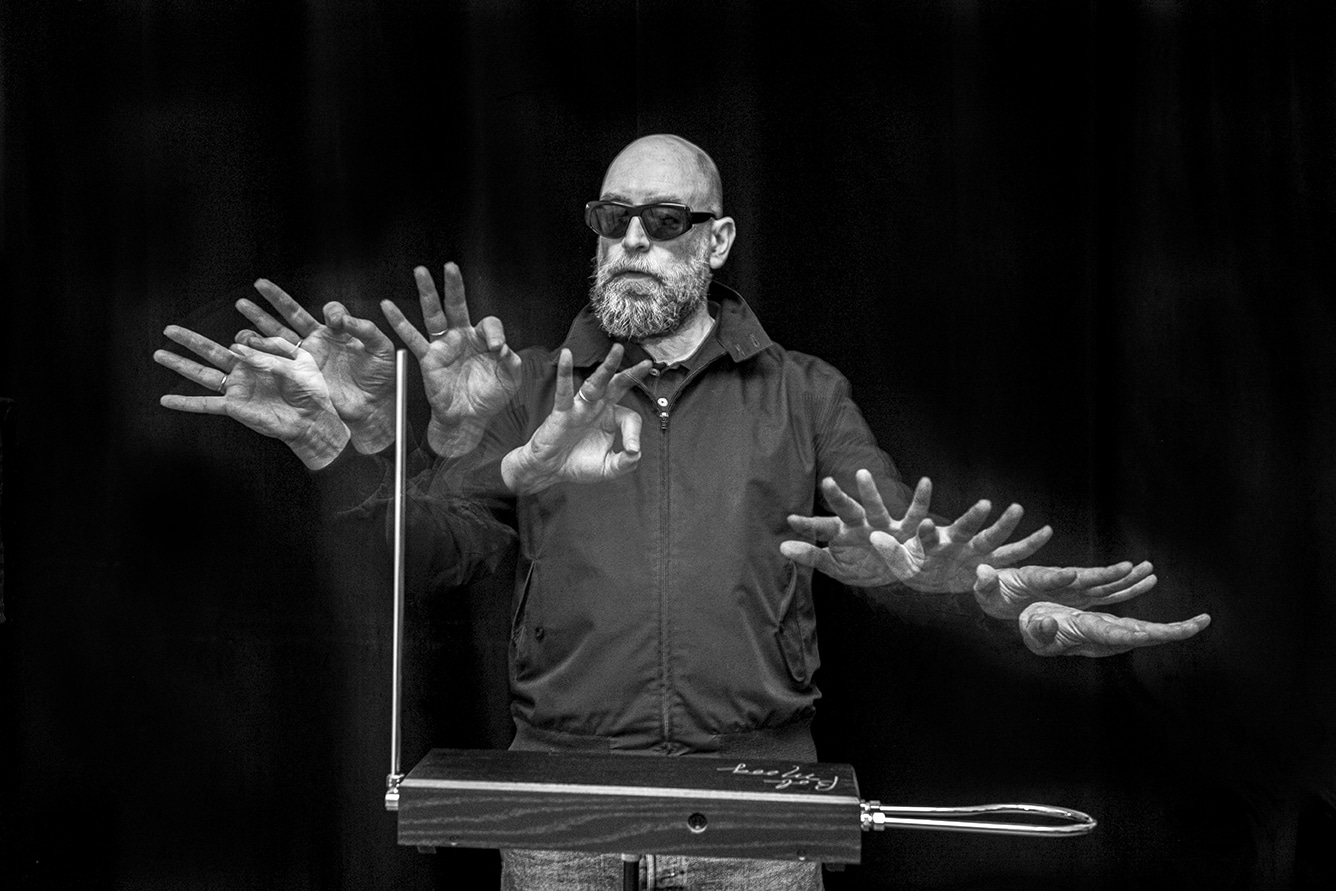 Photographing Dean playing the Theremin was amazing. Completely different from Richard on the drums; intense and physical but fluid and mesmerising. Watching videos of other players, Dean’s movements are expansive, more generous and that’s what leads to those soaring sci fi sounds. He’s right – it is like magic seeing and hearing the music emerge from the motion. I hope there’s a sense of that magic emerging from the imagery. 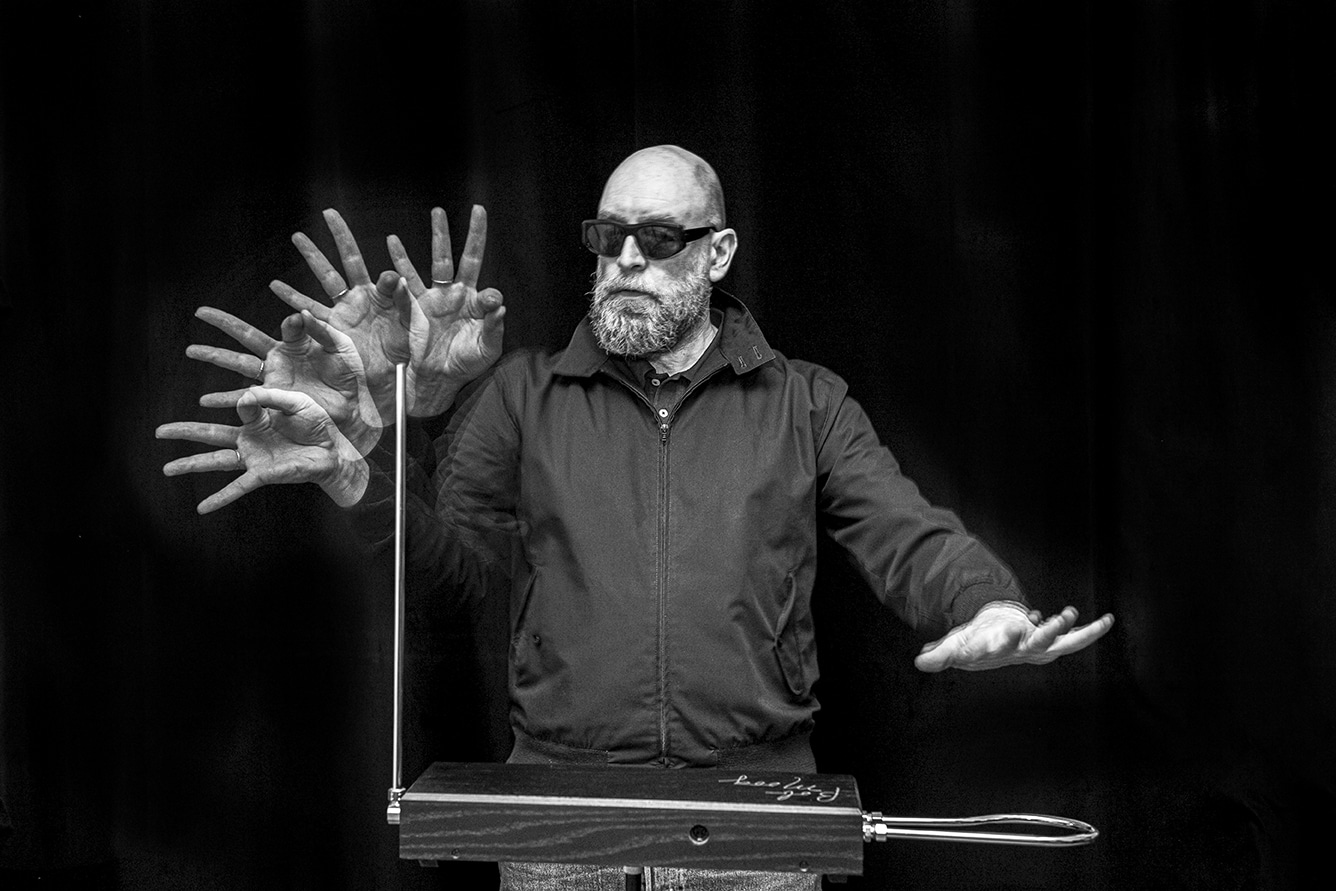 Following the shoot, I wondered what Dean felt about the pictures. “I wish I’d worn a suit or something more formal as the Theremin is an elegant instrument and deserved more respect from me. I think the images show that I’m not a professional Thereminist. The instrument demands complete control of movement. a millimetre here or there is the difference between a sharp note and a good one. My hand movements are exaggerated but probably pretty close to how I actually try and play the thing. Overall though, I think the photos are brilliant.”